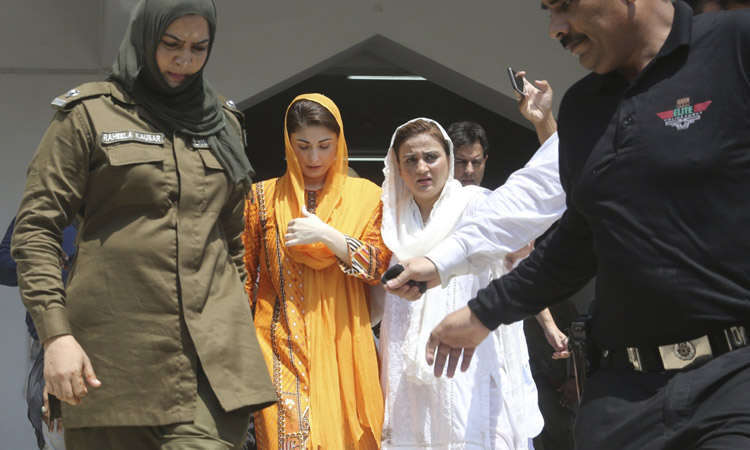 Police officers escort Maryam Nawaz as she appears in an accountability court in Lahore. File

An accountability court in Lahore on Wednesday rejected the request of the National Accountability Bureau (NAB) for an extension in the physical remand of Pakistan Muslim League-Nawaz (PML-N) leader Maryam, daughter of incarcerated deposed prime minister Nawaz Sharif, and her cousin Yousuf Abbas and ordered that the duo be sent to jail on judicial remand for 14 days.

Maryam's lawyer Advocate Amjad Pervez said that since 2016, the Sharif family had no shares in CSM, adding that it had been investigated since 1994, as per a Supreme Court order.

He said that the Security Exchange Commission of Pakistan (SECP) was the regulator and shares are bought and sold through the SECP and the Companies Act and NAB doesn't have the authority to investigate this.

According to Pervez, CSM was formed in 1991 and shared were transferred in 2008 while the Anti-Money Laundering Act was imposed in 2010. He said that the Act cannot be imposed on past dates.

The counsel said nothing was recovered from Maryam. He added that his client was mentally tortured by NAB. He alleged that her room stinks and is not cleaned. Additionally, he said that she hadn't been investigated for a week and food was kept outside from where she was asked to pick it up herself.

Maryam's lawyer said that NAB had the agreement regarding the division of the Sharif family properties since day one and added that Mian Muhammad Sharif, father of Nawaz Sharif and Shahbaz Sharif, had died in 2004 and shares were divided in 2008.

He said that Maryam and Yousuf Abbas were accused of supporting former premier in money laundering but no evidence of this was found.

"I request that you order that I be transferred to Kot Lakhpat Jail," Maryam also asked the judge and said that the things she required could be brought from her house in Model Town. The judge said that "judicial" [remand] had been written on the court order and, on the basis of the law, jail officials could see where to transfer the suspects.

The NAB prosecutors said that during the investigation of two they had found out an agreement for the division of the family's assets. They said shares valued at Rs14.558 million were divided between former premier Nawaz Sharif, PML-N President and leader of the opposition in the National Assembly Shahbaz Sharif, Abbas Sharif, Kausar, sister of Sharif brothers, and their mother Shamim Begum.

According to the SECP record for 2008, shares valued at Rs26.2 million were belonging to the CSM, the prosecutors said, adding that the assets were not included in the Sharif family's assets.

Additionally, the investigative officer Usman Ifthikar said that in 2008, Maryam's assets were not compatible with her income and in order to investigate assets and income they had summoned members of the Sharif family.

The NAB prosecutors said that in 1998, via telegraph transfer, Maryam received revenue from Sadiqa Syed Mahmood and later transferred this income to CSM.

In 1999, they said, the suspect had received Rs160 million but there was no evident link between her and the woman who sent it. He added that the woman had also paid the debt of the CSM. 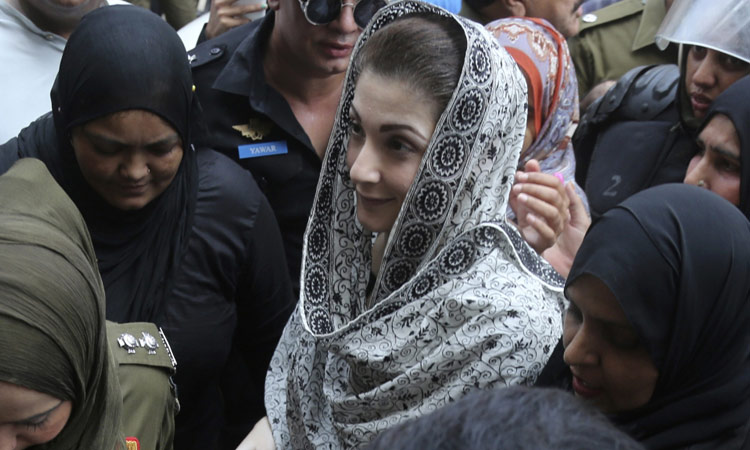 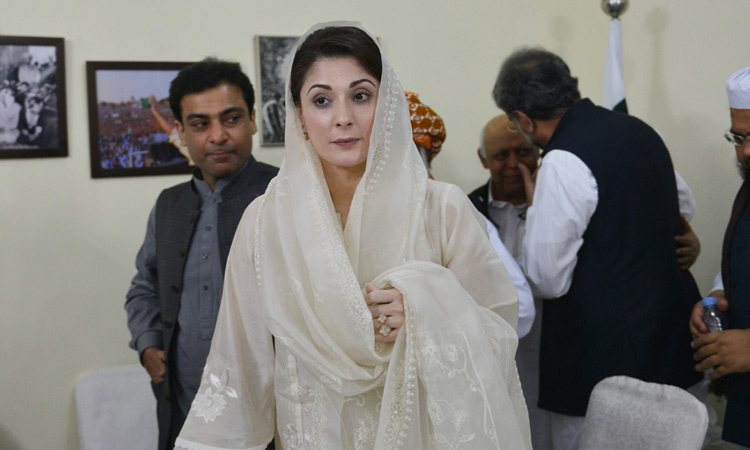