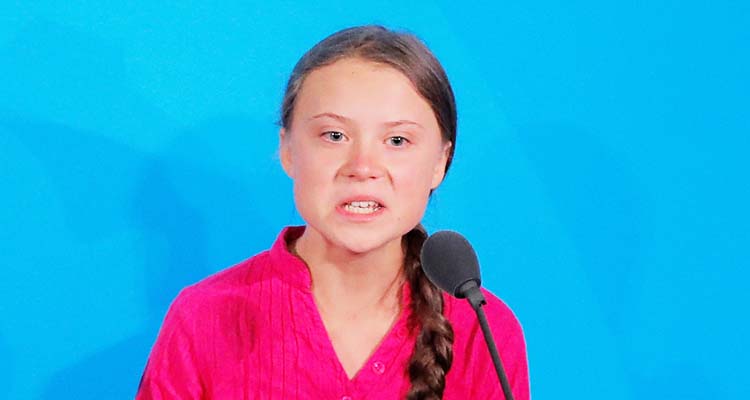 An emotional Greta Thunberg tore into world leaders at a UN climate summit Monday, accusing them of betraying her generation by failing to tackle greenhouse gas emissions, as announcements by major economies fell far short of expectations.

The Swedish teen's impassioned speech, in which she repeated the words "How dare you" four times, was the defining moment of the meeting, called by UN chief Antonio Guterres to reinvigorate the faltering Paris climate agreement.

But rather than peaking, the level of emissions being released into the atmosphere are at an all-time high, triggering global weather hazards from heat waves to intense hurricanes and raging wildfires.

New data released Monday showed the 2019 Arctic sea ice minimum is ranked at second-lowest in the 41-year satellite record, effectively tied with 2007 and 2016.

"I shouldn't be up here. I should be back at school on the other side of the ocean," said Thunberg, 16, who has become the global face of a growing youth movement against climate inaction that mobilized millions in a worldwide strike on Friday. 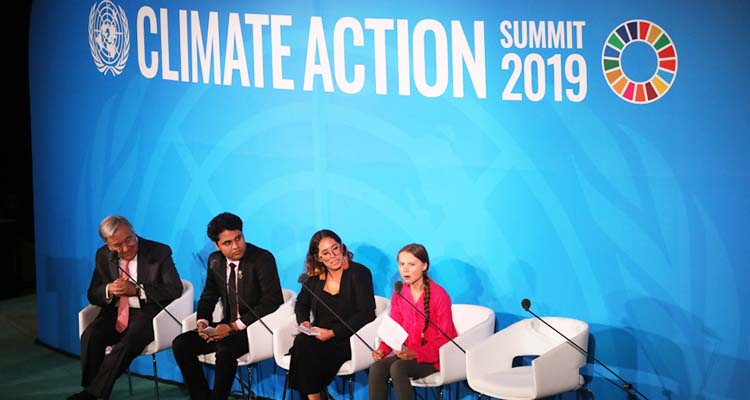 An emotional Greta Thunberg speaks to the world leaders at a UN climate summit.

"You come to us young people for hope. How dare you?" she thundered, her voice at times breaking with emotion.

Indian Prime Minister Narendra Modi did not say explicitly whether his country would enhance its commitments made under the Paris agreement -- though he did say it was working on more than doubling its renewable energy capacity.

Fewer than half of the 136 heads of government or state in New York this week to attend the UN General Assembly attended on Monday.

Trump, who announced his intent to withdraw the US from the Paris agreement and has heaped scorn on climate science, had been expected to skip the event but made a brief unscheduled appearance, spending a few minutes in the hall, where he applauded Modi's speech and then left.

Earlier, opening the summit, Secretary-General Antonio Guterres said: "The climate emergency is a race we are losing, but it is a race we can win."