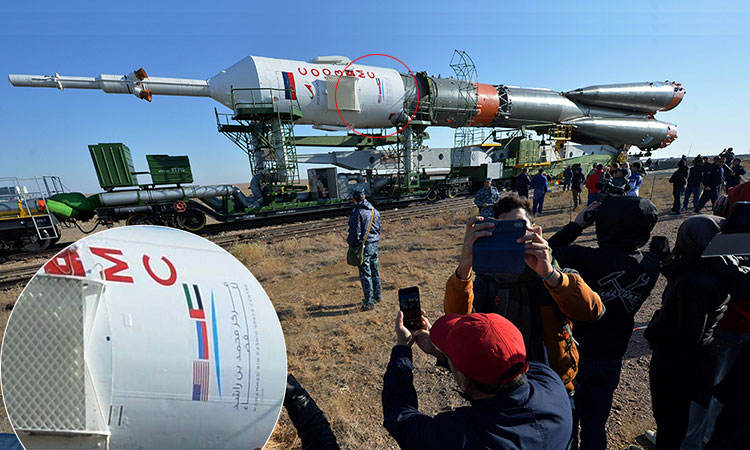 The Soyuz booster rocket FG is transported to the launch pad in Kazakhstan on Monday. AFP

The Soyuz rocket was first launched in 1966, and the launch system was developed by Korolev Rocket and Space Corporation, Energia, and built by the Research and Production Development Center of Progress Rocket Space Centre in Samara, Russia.

The photo of the Soyuz FG rocket was taken from the Baikonur Cosmodrome facilities in Kazakhstan, where the three stages of the rocket are being assembled ahead of the launch. 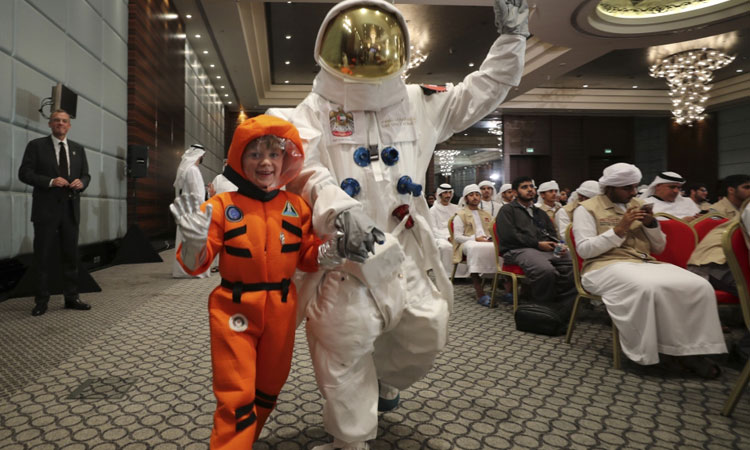 Stars in its eyes, UAE celebrates its first astronaut in space

A crowd in Dubai erupted in cheers and applause on Wednesday as the first astronaut from the UAE launched towards the International Space Station (ISS), dubbing him a national hero.