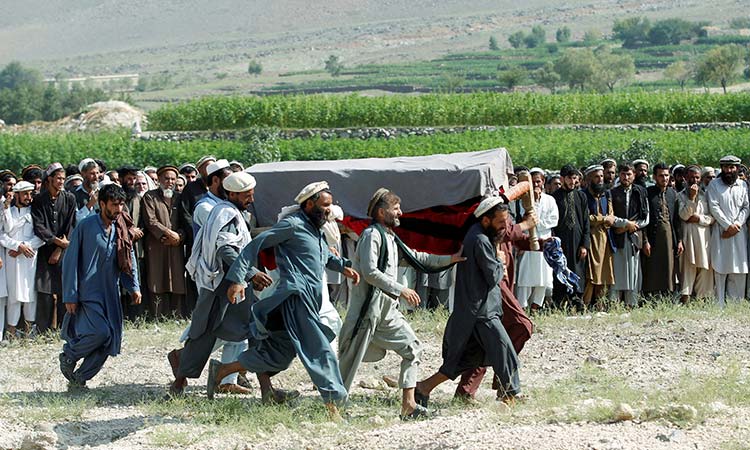 Men carry a coffin of one of the victims after a drone strike, in Khogyani, Afghanistan. File photo/Reuters

At least 35 civilians were killed and 13 people were injured during an attack conducted by the Afghan government forces in southern Helmand province, two provincial officials said on Monday.

The incident occurred on Sunday night when Afghan forces raided a house that the officials said was being used by the Taliban to train suicide bombers, but during the attack a wedding venue situated adjacent the target came under fire. 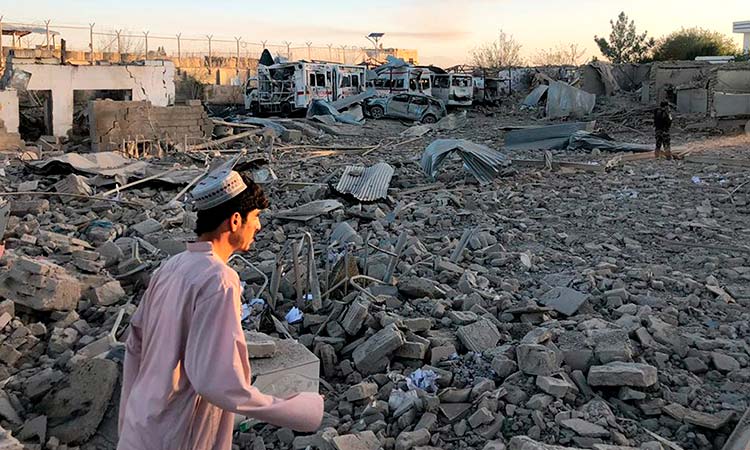 Afghan security members and people work at the site of attack in Zabul, Afghanistan. File photo/AP

"35 civilians were killed and 13 are injured. These people were attending a wedding party near to the attack site in Khaksar area of Musa Qala district," said Attaullah Afghan, a member of the Helmand provincial council member.