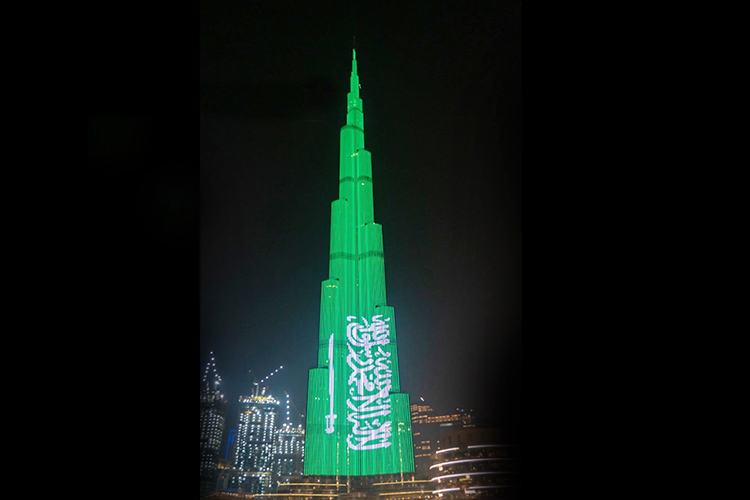 The Burj Khalifa lights up to mark the Saudi Arabian national day.

Dubai's Burj Khalifa on Monday lit up with the colours of Saudi Arabia's flag to mark country's 89th National Day.

In addition, the Saudi National Anthem was used to choreograph a performance by the Dubai Fountain show. 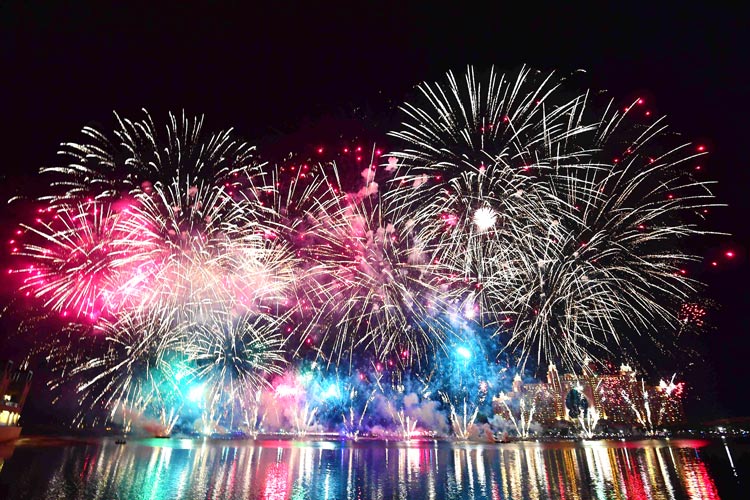 In celebration of the Kingdom of Saudi Arabia’s 89th National Day, Dubai lit up its skies with spectacular fireworks across many of the city’s vibrant destinations.

KhalifaSat, an earth observation satellite, congratulated people of KSA with a capture of the skyscraper, Kingdom Centre; an image from space. 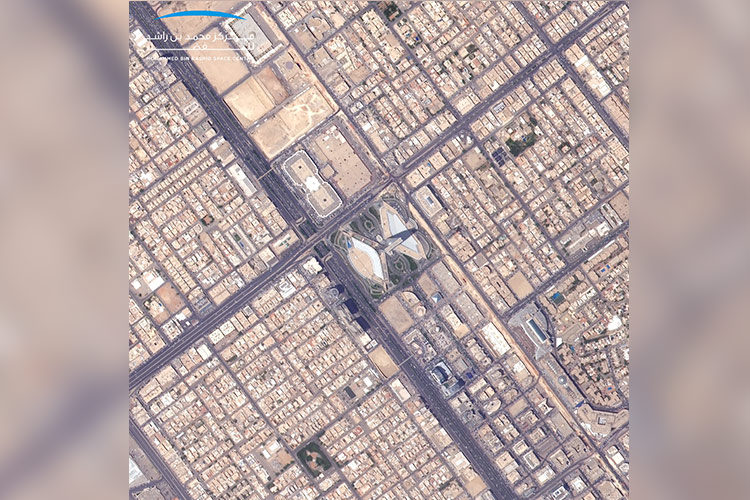 Taken from 6 degrees roll tilt angle, the image is 70 cm in resolution.

KhalifaSat was fully developed at MBRSC facilities by Emirati engineers and was launched to space in October 2018. It has 5 patents and seven space innovations making it the most advanced satellite of its category in the world. KhalifaSat provides images with specifications that meet the highest international standards in space images.

These high-resolution detailed images help organisations in government and private sectors get accurate data which allow them to monitor environmental changes, detect the effects of global warming, ensure responsible urban planning and management, and aid relief efforts at times of natural disasters. This will contribute to achieving the sustainable development goals and improve the quality of life.