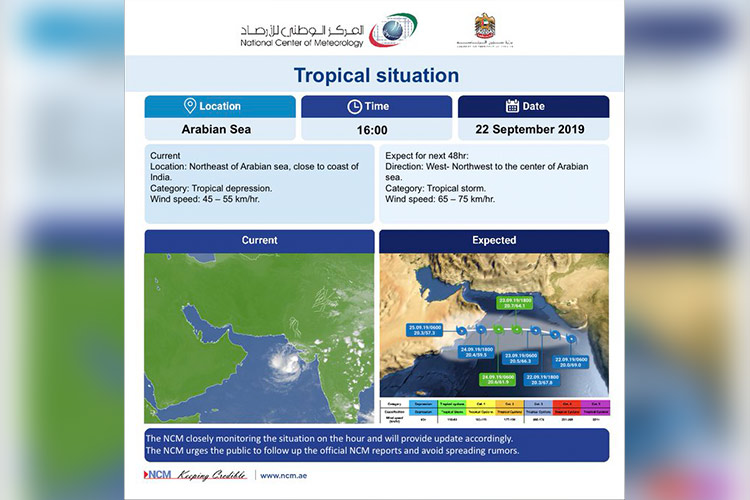 A tropical storm is building up in the Arabian Sea is is likely to reach UAE on Sept.25, according to the data released by National Centre of Meteorology (NCM) on Sunday.

“A formation of Tropical depression tracked to the northeast of the Arabian Sea close to the coast of India”, tweeted NCM.

“It is locate at 20 N 69 E, moving at a speed of 15 km / h, with an estimated wind speed around the center 45-55 km / accompanied by intense of convective rainy clouds,” it further expalined.

The NCM is closely watching the situation and has urged the public to follow up with the official reports and avoid spreading rumours.