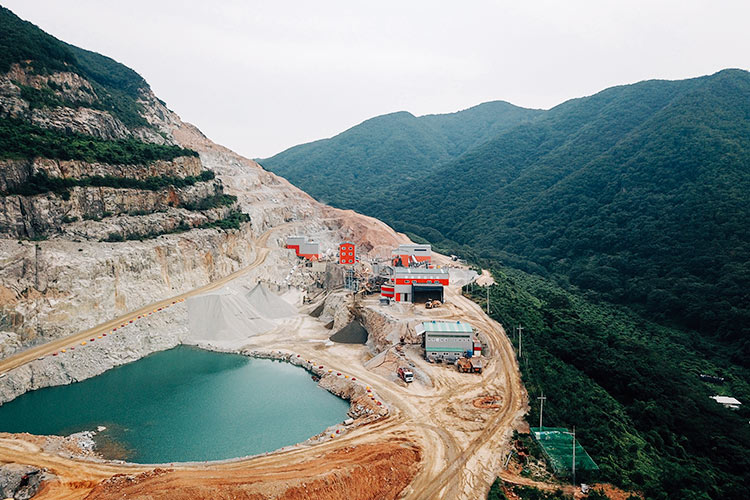 Technology that crushes demolished buildings into sand for another set of infrastructures would be presented at the six-month “Expo 2020 Dubai.”

The technology interestingly includes an invention by which the crushing is completed at low decibels that the normal thundering ear-splitting noise pollution, even in the most highly-urbanised populous centres, becomes non-existent.

Metso-East European and the Middle East vice president Saso Kitanoski explained the benefits of the mobile crusher technology to Gulf Today in relation to recycling and environmental degradation.

Curiosity also sprung for the significance or importance of the technology in connection to the UAE and the entire Gulf being an oasis of desert sand, alongside the rise of mega-cities worldwide while simultaneously trending is the rehabilitation/demolition of old and dilapidated edifices or structures.

On the other hand, the United Nations Environment Programme on May 17, 2019 released its “Sand and Sustainability: Finding New Solutions for Environmental Governance of Global Sand Resources.”

It noted that “(natural) sand consumption globally has been increasing and we are extracting it at rates exceeding natural replenishment rates.”

According to the report, “Most large rivers of the world have lost between half and 95 per cent of their natural sand and gravel delivery to ocean. The damming of rivers for hydro-electricity production or irrigation is reducing the amount of sediment flowing downstream. This broken replenishment system exacerbates pressures on beaches already threatened by sea level rise and intensity of storm-waves induced by climate change, as well as coastal developments.”

It also pointed out that in the vastness of deserts spread out across the globe, “desert sand (even though) available in plenty, is not suited for construction use because it is wind-smoothed, and therefore non-adherent.”

Another report meanwhile mentioned that the UAE imports $500 million worth of sand and gravel annually for construction purposes.

Metso’s Kitanoski explained the mobile crushers technology invented approximately in the last three years with the “silent version” in 2017 was a result of need.

He said the production of concrete to be utilized for the construction of modern cities, aggregates consisting of crushed rock, sand and gravels are necessary.

“But not all sand can be used for concrete. You need to have sand that is pure, has the right gradation and flowability in the process.”

He pointed out that a number of governments have imposed restrictions on natural sand dredging due to man’s insensibility resulting in its exponential depletion.

With the innovation, the global crisis concerning natural sand can be controlled or averted.

“Demolition material in many cases is treated as waste. Typically, this needs to be transported to the landfills (at extra cost) when we can handle the (total crushing of the building) and separating metal pieces from it on site. All these (substances) could then be re-used such as manufactured sand and aggregates.”

“Advances in technology and equipment have made it possible to process construction demolition waste for recycling purposes. What comes to manufactured sand, it is a good substitute for natural sand. Thanks to the characteristics and stable gradation of manufactured sand, the use of cement in concrete production can be reduced.”

It has been in the Gulf after it set up its first Middle East office in Dubai in 1993.