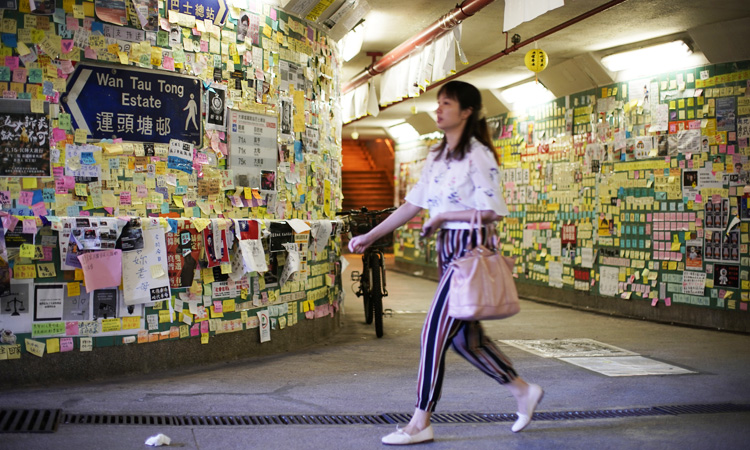 Groups of China supporters pulled down “Lennon Walls” of anti-government protest messages across Hong Kong on Saturday, raising the possibility of clashes with democracy supporters and another weekend of trouble.

By mid-morning, dozens of Beijing supporters had started to tear down the large mosaics of colourful posted notes calling for democracy and denouncing perceived Chinese meddling in the former British colony.

The installations have blossomed across the Asian financial centre, at bus stops and shopping centres, under footbridges and along pedestrian walkways. 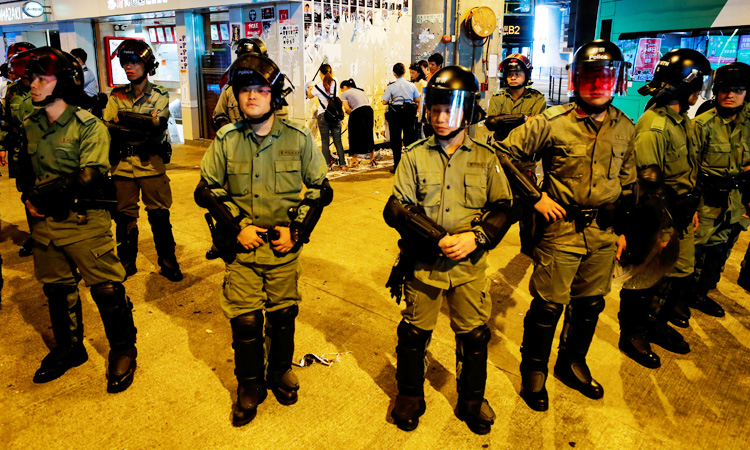 Riot police are seen in front of pro-China supporters as they pull down “Lennon Walls” of anti-government posters and memo outside Yuen Long MTR station in Hong Kong.

They have also occasionally become hot spots of violence in the city’s three months of unrest.

Hong Kong’s protests picked up in June over legislation, now withdrawn, that would have allowed people to be sent to mainland China for trial. Demands have since broadened into calls for universal suffrage.

A pro-Beijing city legislator, Junius Ho, who has been a vocal critic of the protests, had urged his supporters to clean up the approximately 100 “Lennon Walls around the city on Saturday. 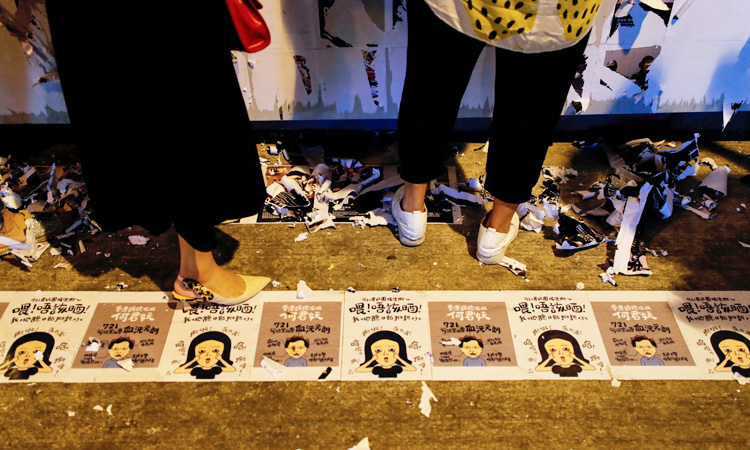 The walls are named after the John Lennon Wall in communist-controlled Prague in the 1980s that was covered with Beatles lyrics and messages of political grievance.

However, in a message posted late on Friday his Facebook page on Friday, Ho said “for the sake of safety” the Lennon Walls would not be cleared up, only the streets.

“We will clean up the environment with a peaceful and rational attitude,” he said.

The anti-government protesters are angry about what they see as creeping interference by Beijing on Hong Kong’s “one country, two systems” formula that ensures freedoms not enjoyed on the mainland, including the right of assembly and an independent judiciary.

China says it is committed to the “one country, two systems” arrangement and denies interfering. It has accused foreign governments including the United States and Britain, of inciting the unrest.

The demonstrations have taken on their own rhythm over the months and now tend to peak on the weekends, often with anti-government activists, many masked and in black, throwing petrol bombs at police, trashing metro stations, blocking airport roads and lighting street fires.

At times, they have been confronted by supporters of Beijing wielding sticks.

More pro-democracy protests are planned this weekend including a sit in the Yuen Long suburban subway station, marking two months since activists were attacked by a mob there.

Protesters had said on Friday that while they did not want violence, they would defend themselves if they were attacked.