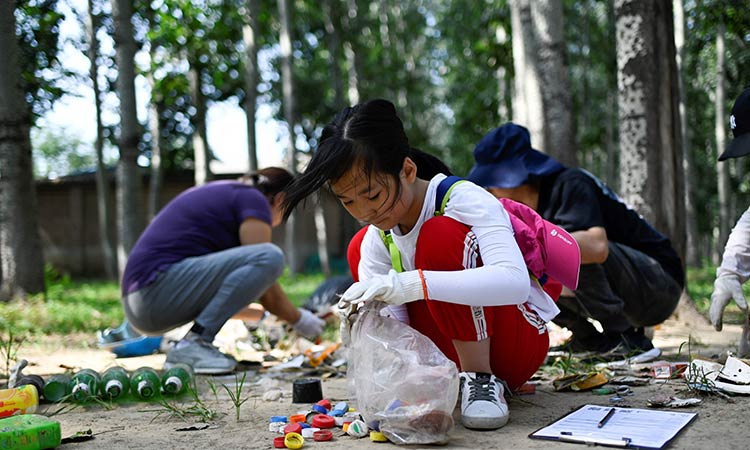 Volunteers sort trash after collection near a park during the World Cleanup Day in Beijing. AFP

Thousands of activists fanned out across beaches and rivers throughout Asia Saturday, picking up rubbish and drawing attention to the amount of trash that is dumped worldwide, a day after millions marched to urge world leaders to act on climate change. 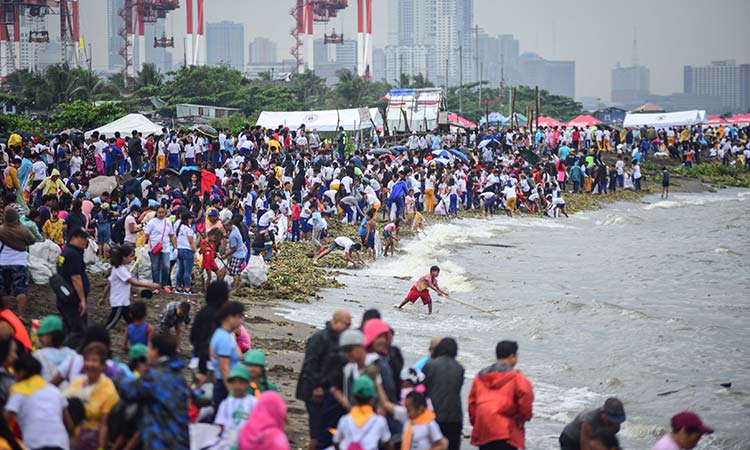 Volunteers collect trash as they participate in the 34th International Costal Cleanup Day in Manila. AFP

The Pacific island nation of Fiji swung into action early, with people scouring palm-fringed beaches for rubbish, heaving discarded car tyres and engine parts from the coast just west of the capital Suva.

On Australia's Bondi beach activists sifted through the sand, carting off bits of plastic and cigarette butts.

In the Philippines, some 10,000 people swept across a long stretch of beach on heavily polluted Manila Bay, clutching sacks they filled with rubbish. 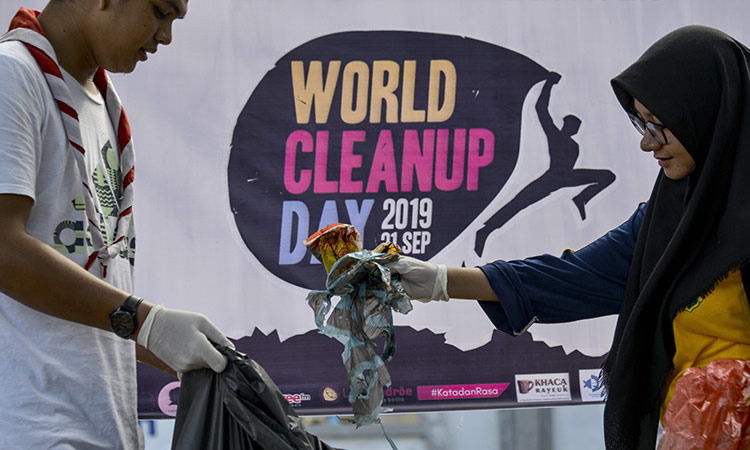 Plastic pollution is a major problem across Southeast Asia, but particularly in the Philippines, which — along with China, Vietnam and Indonesia — is frequently listed among the world's worst offenders.

"It's for us to help the environment, especially here in Manila, there's a lot of garbage," Mae Angela Areglado, a 20-year-old student told the media as she pitched in with the cleanup — held right next to the city's huge Baseco slum.

"(Plastic is) affecting the marine life because they think that it is food", she added.

“Although our actions are very small — like cleaning trash from the sidewalk — it could spread a meaningful message.”

The mass cleanup is coordinated by the Let's Do It Foundation, which aims to "connect and empower people and organisations around the world to make our planet waste free", according to its website.

It attracted around 1,400 volunteers in Vietnam's capital Hanoi, where they scoured different areas of the city for litter under the scorching sun.

“Although our actions are very small — like cleaning trash from the sidewalk — it could spread a meaningful message," 18-year-old Hoang Thi Hoan told AFP, as motorists zipped by on a busy street. 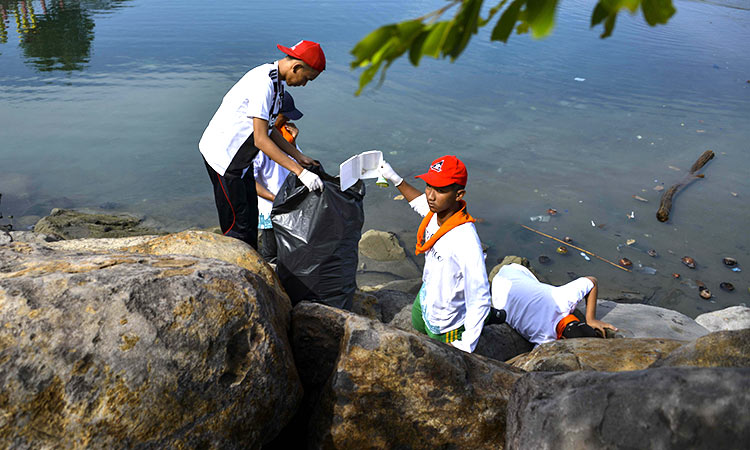 In China, a group of about 30 gathered by the Xiaotaihou River in Beijing to pick up rubbish along the manmade waterway.

"You can't get permission to organise large events in Beijing due to tight security ahead of the 70th anniversary celebrations," organiser Zhang Hongfu, from the environmental group Friends of Nature, told the media.

Seventy-nine percent of the plastic ever made has ended up dumped, with little reused or destroyed despite recycling and other initiatives to curb use, a UN report from 2018 said.

Just nine percent of the nine billion tonnes of plastic the world has produced has been recycled. 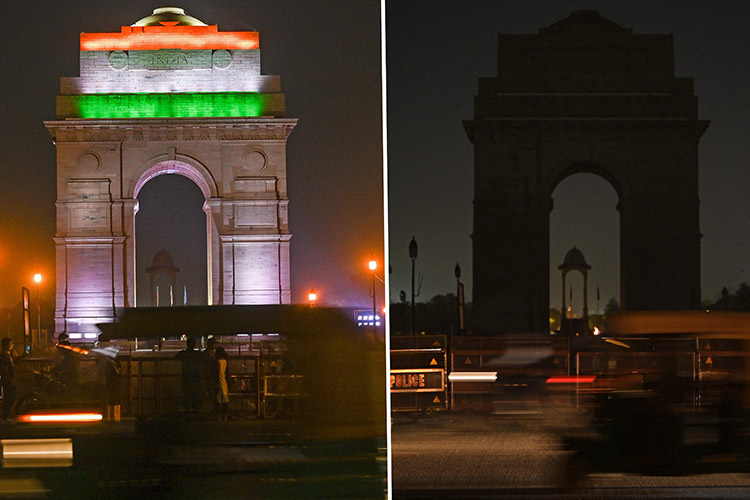