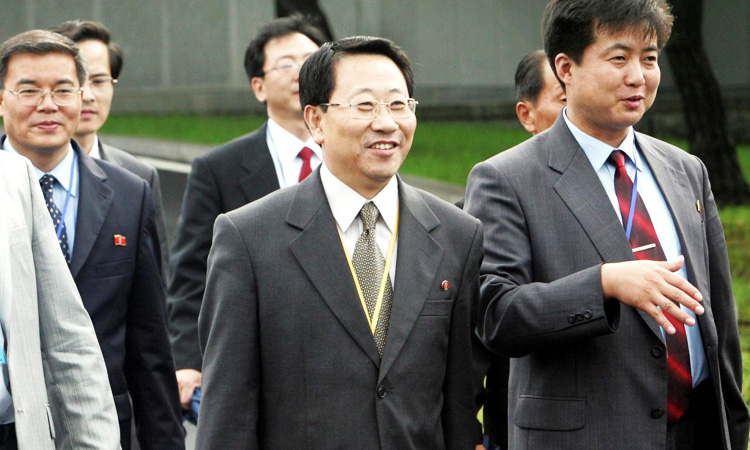 Kim Myong Gil praised Trump’s “wise political decision” to seek a new approach to the stalled talks without a “troublemaker” in the US administration — an apparent reference to John Bolton, Trump’s hawkish former national security advisor who resigned last week.

Trump’s efforts to engage with North Korea nearly fell apart in February after he followed Bolton’s advice at a second summit in Hanoi and handed Kim a piece of paper urging Pyongyang to transfer nuclear weapons and bomb fuel to the United States.

The North has denounced Bolton, who advocated using military force to topple the leadership of the isolated country, as a “war maniac” and “human scum.”

Trump has said Bolton made mistakes, including offending North Korean leader Kim Jong Un by demanding that he follow a “Libyan model” and hand over all his nuclear weapons.

Trump said on Wednesday that Bolton’s suggestion for the Libyan model “set us back very badly,” while his diplomacy with the North resulted in a freeze in nuclear tests and the return of remains of US soldiers missing in the 1950-53 Korean War.

“So I think John really should take a look at how badly they’ve done in the past and maybe a new method would be very good,” Trump told reporters during a visit to a border wall in California.

The North’s negotiator, Kim, said he wants to be “optimistic” that the United States would present the “right calculation method at the upcoming talks.”

“At the moment I am not quite sure what he implied in his suggestion of ‘new method’ but to me it seems he wanted to imply that a step-by-step solution starting with the things feasible first while building trust in each other would be the best option,” Kim said in a statement carried by the North’s official KCNA news agency.

The talks have stalled since the failed summit but the North has offered a fresh round of meetings.

The statement also formally confirmed Kim as the new chief negotiator, after diplomatic sources told Reuters in July that Kim, former ambassador to Vietnam would act as counterpart to US Special Representative Stephen Biegun.