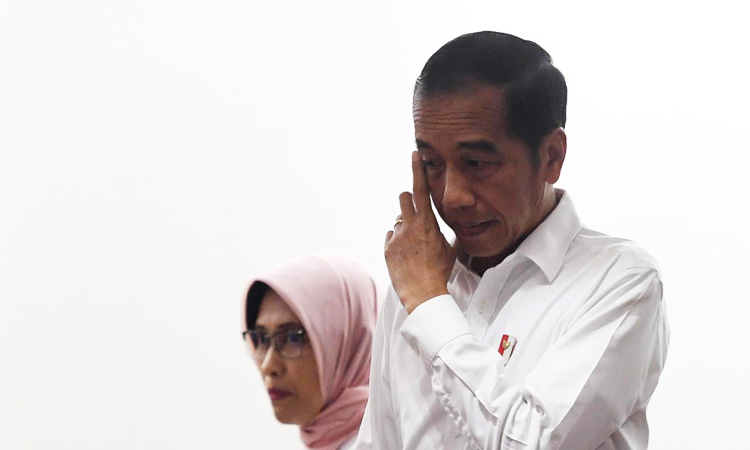 Indonesian President Joko Widodo on Friday ordered a delay in a parliamentary vote on revisions to the criminal code, which has been criticised by rights groups as an assault on basic freedoms.

The vote had been due next week on changes ranging from the criminalisation of consensual sex outside marriage and penalties for insulting the president's dignity to a four-year jail term for abortions in the absence of a medical emergency or rape.

Indonesia is the world's most populous Muslim-majority country and has substantial Christian, Hindu and Buddhist minorities, but has seen a recent trend towards greater religious piety and conservative activism.

“I have ordered the law and human rights minister to convey this decision to parliament, to delay the confirmation of the criminal code bill,” Widodo told a televised news conference, adding that he had decided it needed further review after receiving input from various groups.

Widodo had told his minister to gather more views from groups opposing the revision “to perfect” the current draft, before it is deliberated on by the next parliament, he said.

As parliament's current term ends this month, lawmakers had scrambled to wrap up debates on several bills, including new rules governing the anti-graft agency KPK, which acvitists fear will strip the watchdog of its effectiveness.

Hundreds of students staged protests outside parliament on Thursday against the proposed changes to the criminal code.

Tempo newspaper on Friday likened the planned revisions to a return to the “New Order” regime of former authoritarian ruler Suharto, who curbed free speech and allowed cronies and his family to control big chunks of the economy.

The Institute for Criminal Justice Reform, a non-government organisation, welcomed the delay and urged the government to set up an expert panel to ensure a new draft is “in line with the principles of constitutional democracy” and has wide public support.

The planned revisions had also spurred neighbour Australia to update its travel advice, warning citizens of risks they faced from sex outside marriage or same-sex relations in Indonesia if the new rules take effect.

Australians are among the leading visitors to the holiday island of Bali and the country's Daily Telegraph newspaper carried a lurid headline on Friday: “Bali Sex Ban.”