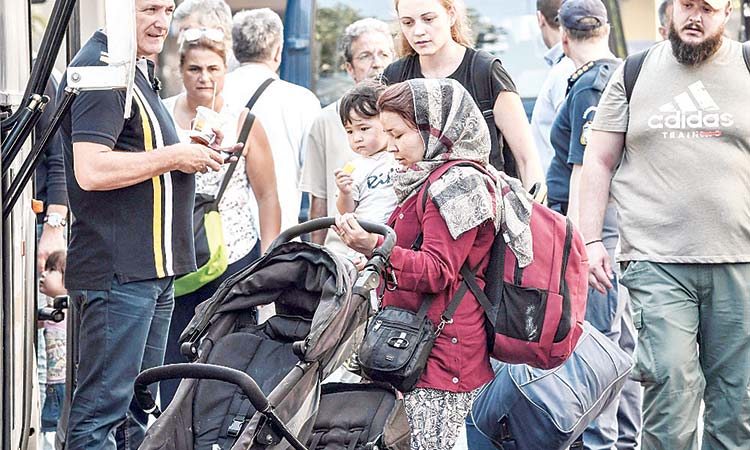 Evicted migrants board buses during a police operation in the centre of Athens on Thursday. Agence France-Presse

Some 230 people, including 70 children, were removed and taken to the police headquarters for identification, Athens municipal radio reported.

The police declined to give details.

State TV ERT showed the migrants boarding buses, some of them clutching plastic bags with their belongings.

The crackdown has been opposed by anti-establishment and rights groups who say the operations unfairly target migrant families, who would otherwise be homeless.

Thousands of anti-establishment protesters marched in Athens on Saturday in a demonstration against the squat evacuations.

New Prime Minister Kyriakos Mitsotakis, elected in July, has vowed to combat “lawlessness.” The new Athens Mayor Kostas Bakoyannis − who is the prime minister’s nephew − was similarly elected on a law and order ticket in June.

Bakoyannis argues that order must be restored before sidelined landmarks such as the National Archaeological Museum and the Athens Polytechnic − in the middle of drug-trading areas − can become tourist draws.

Meanwhile, Austria’s rightward drift, expected to be confirmed in elections late this month, is already affecting immigrants in one region, where those with poor German proficiency are losing their benefits.

Just ask one 63-year-old Serbian woman in the city of Linz, some 150 kilometres from Vienna, who has lost her housing benefits because of her language skills under rule changes in Upper Austria state.

The woman − who declined to give her name − worked as a cleaner in Austria for more than 20 years, holding down two jobs at a time for long periods before illness forced her to retire at 55.

“I worked very hard. I had to bend down a lot and carry heavy rubbish bags,” the burly woman with short-cropped hair and flushed cheeks said.

She supports two grandchildren, and now they have to make do with her meagre disability pension.

“Now I’m sick. I have diabetes, backache, stomach problems. I take 12 tablets a day. I can’t go to school (to take German classes),” she says.

“I get tired easily and can’t concentrate and would be nervous. One day I’m OK, the next not.” Migrare, an NGO which promotes integration, has helped the pensioner and more than a dozen other people file legal challenges, on the grounds that the benefit changes, which took effect last year for non-EU citizens, are discriminatory.

Migrare estimates that many more are affected of some 3,000 non-EU nationals who receive housing allowances in the state, but that few want to appeal in the courts, daunted by the paperwork and costs.

The courts have already found in favour of one Turkish man, who has been unable to take German classes because of his irregular work hours, although that decision is being appealed.

Magdalene Danner of Migrare says that whatever happens in the courts, the cuts themselves are the problem.

“It’s discrimination... I hope politicians will have the conscience and take responsibility to fix these laws,” she said.

Polls ahead of the snap national election on Sept.29 suggest that one likely outcome is a renewal of the coalition between former chancellor Sebastian Kurz’s centre-right People’s Party (OeVP) and the far-right Freedom Party (FPOe), which collapsed in May in the wake of a corruption scandal.

That could mean many more people being affected by such measures.

Upper Austria is also governed by an OeVP-FPOe coalition and is seen as something of a testing ground for right-wing policies that could be applied on a national level.

In the previous election in 2017, both the OeVP and the FPOe stood on anti-immigration platforms, and their coalition had already approved several initiatives in this direction.

A nationwide law to be implemented next year will make German proficiency mandatory for minimum income benefit, a move criticised by anti-poverty campaigners and church groups. 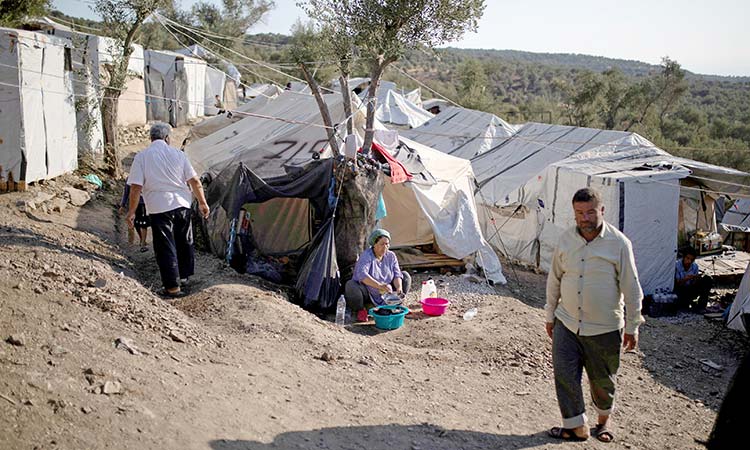 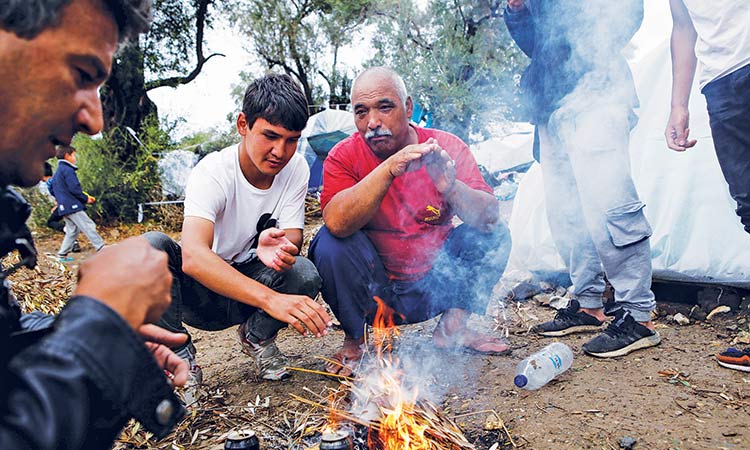 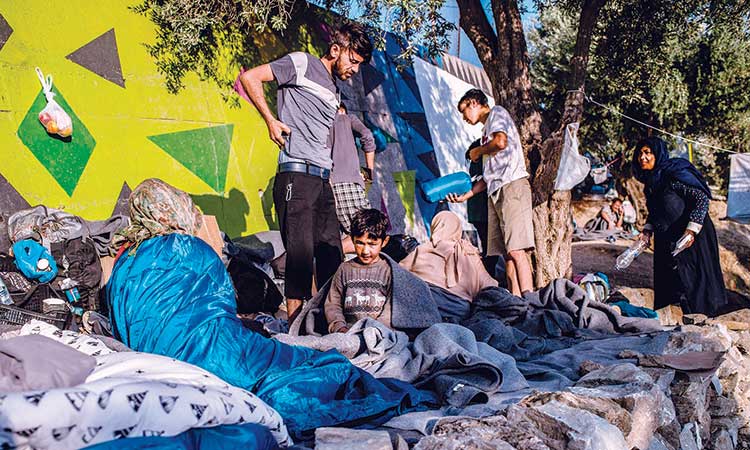