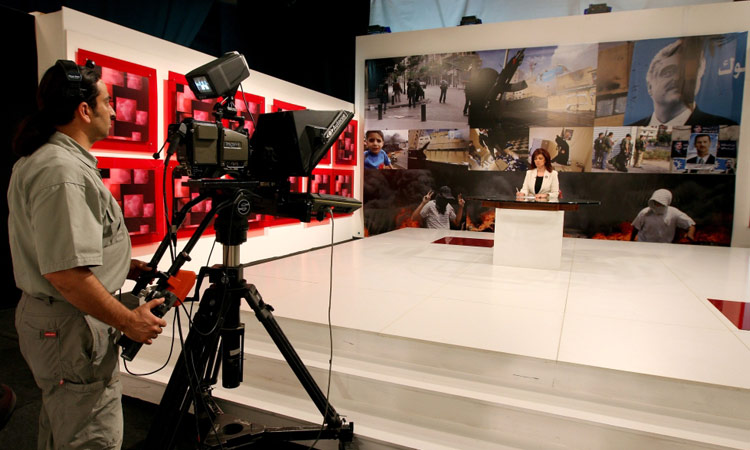 A cameraman films the anchor of Future TV station at a new studio in Sin Al Fil, east of Beirut. File / AFP

In a statement, Hariri described the move as a suspension of work until the Future TV network could be re-launched after a financial restructuring.

"It is with a sad heart that I announce today the decision to suspend the work at Future TV and settle the rights of the workers," Hariri's office said in a statement.

He said the decision was motivated by "the same material reasons that led to the closing of Al Mustaqbal newspaper" in January this year.

Hariri said the decision was not a closure and but aimed at "preparing for a new phase in which it aspires to return in the coming months." 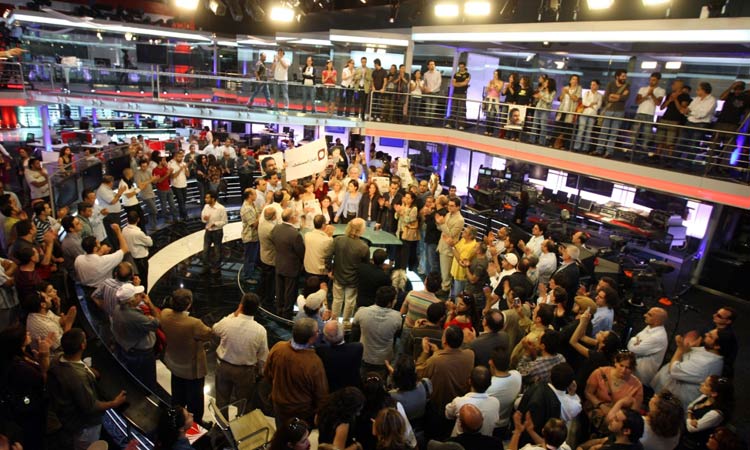 Journalists and employees of media belonging to the family of Saad Hariri gather in the studios of the Future TV News channel. File / AFP

Future TV's director general Ramzi Jbeily told AFP that the "transitional period" would be used to restructure and pay the channel's debts.

Employees at the station had been staging strikes for months over unpaid wages. The station was launched in 1993 by Hariri's father, former prime minister Rafiq Hariri, who was assassinated by a massive truck bomb in 2005.

Earlier this year, Hariri ceased the print edition of Al Mustaqbal newspaper, also owned by his family, turning it into a digital newspaper.

Several Lebanese newspapers have stopped printing in recent years as they struggle to compete with digital media.