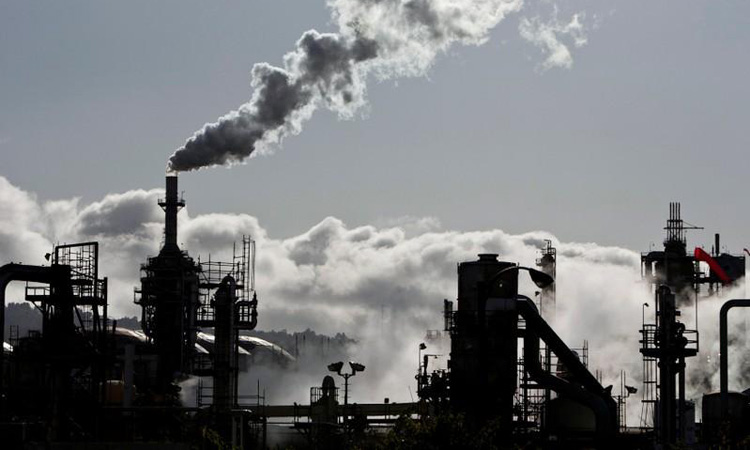 Vapor is released into the sky at a refinery in Wilmington, California March. File photo/Reuters

Energy companies are on the front line of the global transition to a low-carbon economy, with investors potentially on the hook for hefty losses if the companies do not overhaul their business models in time.

In its most detailed analysis of the energy sector, the Transition Pathway Initiative (TPI) said 31 out of 109 energy firms were aligned with commitments governments have so far made under the 2015 Paris Agreement to curb greenhouse gas emissions.

However, of the 50 oil and gas companies assessed, just two - Royal Dutch Shell Plc and Repsol - were aligned with existing national emissions targets. The remaining 29 companies on track to meet such commitments were all electric utilities.

“We, as a major institutional investor, are concerned that transition risk - the large and growing gap between government targets and company ambitions - is a major source of investment risk,” said Helena Viñes Fiestas, global head of stewardship and policy at BNP Paribas Asset Management.

United Nations Secretary-General Antonio Guterres wants governments to make more ambitious pledges to cut emissions at the UN summit on Monday, which he convened to boost the Paris Agreement ahead of a crucial implementation phase next year.

Current pledges by governments to cut emissions are nowhere near enough to meet the Paris target of keeping the rise in average global temperatures to well below two degrees Celsius, with a goal of limiting warming to 1.5 degrees Celsius.

That means that some companies' targets can bring them in line with existing national plans under the Paris Agreement, but remain far from adequate to avert the worst of the natural disasters and economic damage forecast for a warming world.

TPI, which includes major pension funds and asset owners, said none of the oil and gas companies it assessed are doing enough to align their businesses with the changes needed to meet the Paris temperature targets.

The findings echoed a report published this month by financial think-tank Carbon Tracker, which found that big oil companies had approved $50 billion of projects since last year that will not be viable if governments implement the Paris deal.

By contrast, TPI found that nearly half of the utility companies are aligned with national commitments already made under the Paris Agreement, and more than 20% are on target to meet a temperature rise of below 2 degrees Celsius, the TPI said.

That is partly because some utilities have been quicker to pivot their business models toward renewable energy than oil and gas companies.

“There is no doubt that oil and gas companies are in a difficult position in navigating the transition to a low carbon economy,” Euan Stirling, global head of stewardship and ESG investing at Aberdeen Standard Investments.

“That makes it all the more important that we have at least some sector constituents who are starting to respond to the climate crisis by repositioning their businesses from the top down in the same way that many power generators have.”

The TPI is one of several investor initiatives launched in recent years aimed at helping boost the quality and effectiveness of investor engagement with companies on climate. Among its other 45 signatories are firms including Legal & General Investment Management and U.S. pension scheme CaLPERs.

“We believe that investors should use their voice to hold top management of investee companies accountable for incorporating climate-related issues in their corporate strategy,” Carola van Lamoen, head of active ownership at Dutch asset manager Robeco. 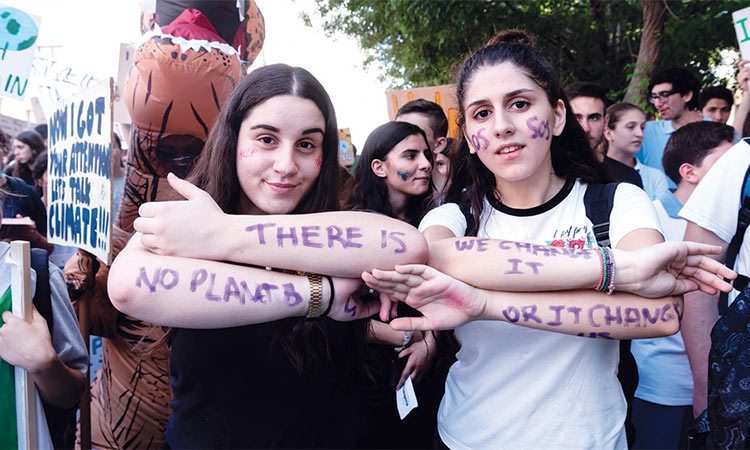