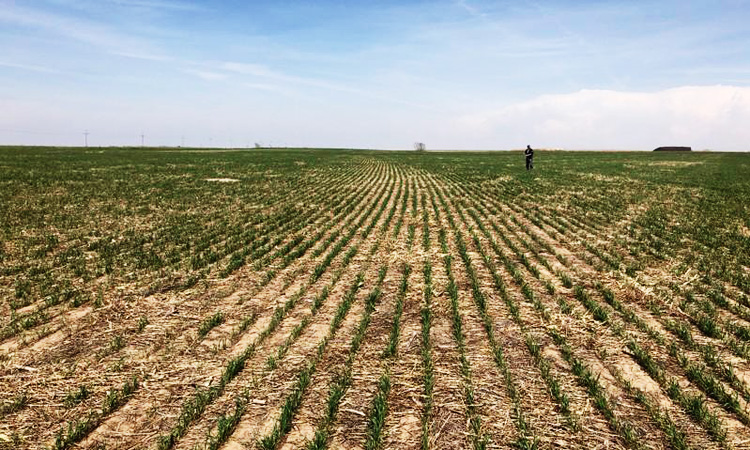 A new global study found the health and environmental benefits of transforming the way we farm would outweigh heavily the cost of doing so, with the authors urging governments to do more to support sustainable agriculture.

“A small disruption in supply really can do a lot of damage and leads to huge price increases,” said Per Pharo of the Food and Land Use Coalition, the global alliance of economists and scientists behind the study.

“That creates suffering and social unrest. And it will highly likely also lead to hunger and instability,” he told the Thomson Reuters Foundation.

Global over-dependence on a relatively small number of staple foods leaves populations vulnerable to crop failures, with climate change adding to the strain, the report said.

The panel said the report was the first of its kind to assess the benefits of transforming global food systems as well as the cost of inaction.

The damage the modern food industry does to human health, development and the environment costs the world $12 trillion a year - equivalent to China’s GDP - the study found.

It proposes a series of solutions, from encouraging more diverse diets to improve health and reduce dependency on specific crops, to giving more support to the types of farming that can restore forests, a key tool in fighting climate change.

In Costa Rica, for example, the government has reversed deforestation by eliminating cattle subsidies and introducing payments to farmers who manage their land sustainably.

As a result, the amount of forest cover has risen from a quarter of the country’s land in 1983 to more than half today, the report said.

The cost of the reforms it lays out are estimated to be up to $350 billion a year. But that would create business opportunities worth up to $4.5 trillion - a 15-fold return.

The study said the reforms could also free up 1.2 billion hectares of agricultural land for restoration, an integral part of efforts to curb climate change and halt biodiversity loss.

That is more than twice the size of the Amazon rainforest, which spans seven nations.

“What we’re saying is realistic if the reform agenda is implemented,” said Pharo, adding that under the proposed changes, consumers would actually get “slightly more affordable food.”

“The excuse that we cannot prioritise environment at the same time because we’ve got to focus on development, on human welfare, is simply false. We can deliver both.”