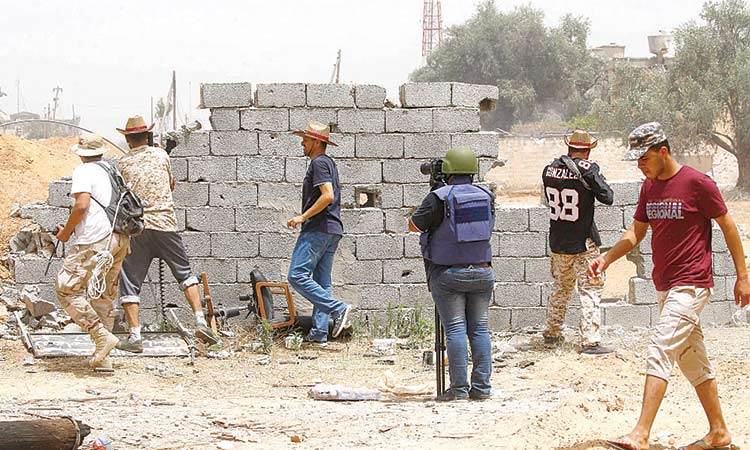 A journalist covers the frontline during clashes in Tripoli on Friday. Agence France-Presse

An airport near the Libyan capital was hit by a new round of rocket fire and air strikes, the UN-recognised government said, two weeks after it was closed due to repeated attacks.

The Government of National Accord (GNA) accused forces loyal to eastern-based strongman Khalifa Haftar of being behind Saturday’s attacks on Mitiga airport, but did not report any casualties.

An air strike by hit the airport early Saturday morning, followed by “Grad rockets launched by (pro-Haftar) militia,” the GNA said on Facebook.

The former military airbase had been Tripoli’s sole functioning airport until a rocket attack on Sept.1 wounded four civilians including three pilgrims.

Authorities responded by diverting flights to Misrata, 200 kilometres to the east, until further notice.

Haftar’s self-styled Libyan National Army has been battling since early April to seize the capital from pro-GNA forces.

The two sides have since become embroiled in a stalemate in the capital’s southern outskirts.

Haftar’s forces, which accuse the GNA of using Mitiga for military purposes, say they are targeting “Turkish drones” being launched from the airport to attack their troops in southern Tripoli.

The GNA’s interior ministry has identified at least 11 attacks on Mitiga since June 21, not including Saturday’s incident.

Haftar’s forces announced overnight that two senior commanders of a pro-LNA armed group from the town of Tarhuna, southeast of Tripoli, had been killed in an air strike south of the capital.

Since April, the fighting around Tripoli has killed at least 1,093 people and wounded 5,752, while some 120,000 others have been displaced, according to the World Health Organisation.

The Tripoli government and LNA both confirmed that two Tarhouna-based commanders - Mohsen Al Kani, head of the Kaniyat armed group, and Abdelwahab al-Magri, head of the 9th brigade - died in the strike. A brother of Kani was also killed. Both armed groups had teamed up with the LNA whose forces control the east with the help of a parallel government and were key to the Tripoli campaign, analysts said.

Libya has been in turmoil since the rule of leader Muammer Gaddafi was brought to an end in 2011. 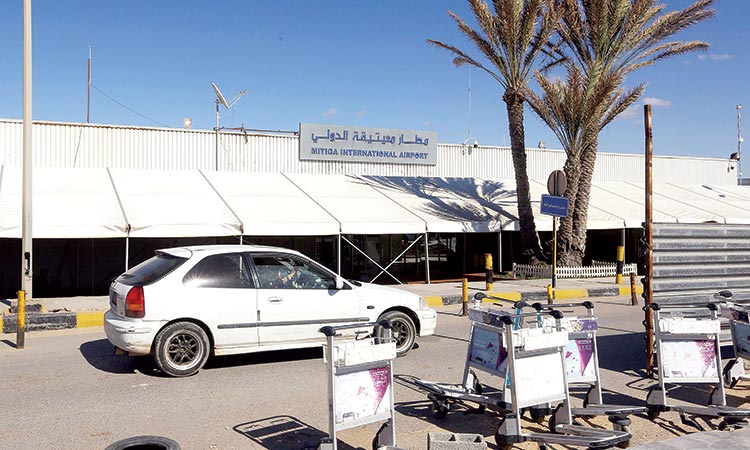 Flights have resumed from the Libyan capital’s sole functioning airport as calm returned on Monday to the outskirts of Tripoli after a temporary truce was violated the previous day. 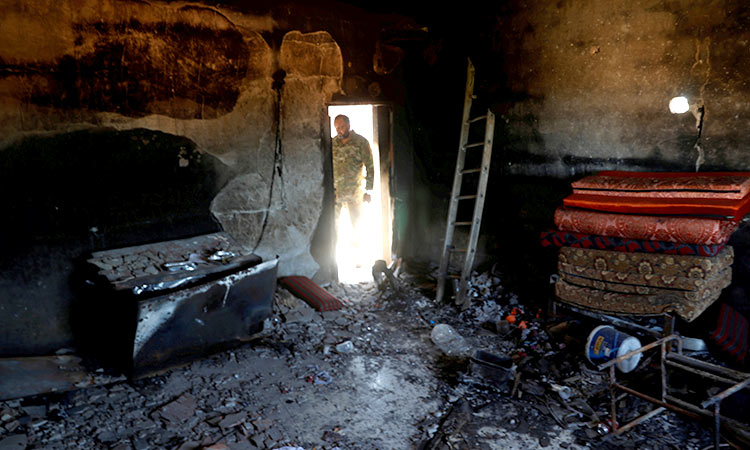 Death toll from airstrike in Libya’s Tripoli climbs to 30

Tripoli has been the scene of fighting since April between the self-styled Libyan National Army led by Gen. Khalifa Hifter and an array of militias loosely allied with the weak but U.N.-supported government that holds the capital.