Johnson compares himself to 'The Incredible Hulk' - GulfToday 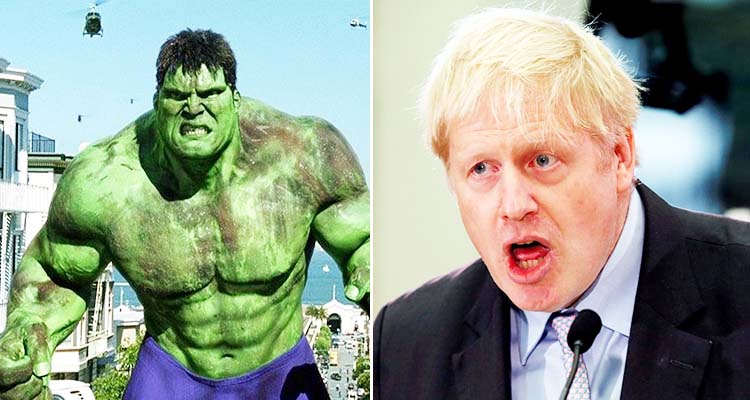 A combination photo of Boris Johnson and The Incredible Hulk is seen.

"The madder Hulk gets, the stronger Hulk gets," the Prime Minister told The Mail in an exclusive interview on Sunday, while insisting that Britain will break out of the "manacles" of the European Union (EU)

Johnson's remark comes ahead of a meeting on Monday with European Commission chief Jean-Claude Juncker in Luxembourg.

He said that the UK would emulate Bruce Banner, the mild-mannered Marvel scientist who transforms into the Hulk when angry.

"Banner might be bound in manacles, but when provoked he would explode out of them. Hulk always escaped, no matter how tightly bound in he seemed to be - and that is the case for this country. We will come out on October 31 and we will get it done."

In the interview, Johnson also said that there were "real signs of movement" in Berlin, Paris and Dublin over ditching the backstop that would tie the UK or Northern Ireland to EU rules - the issue which proved fatal to former Prime Minister Theresa May's deal.

"I think that we will get there," he said. "I will be talking to Jean-Claude about how we're going to do it.