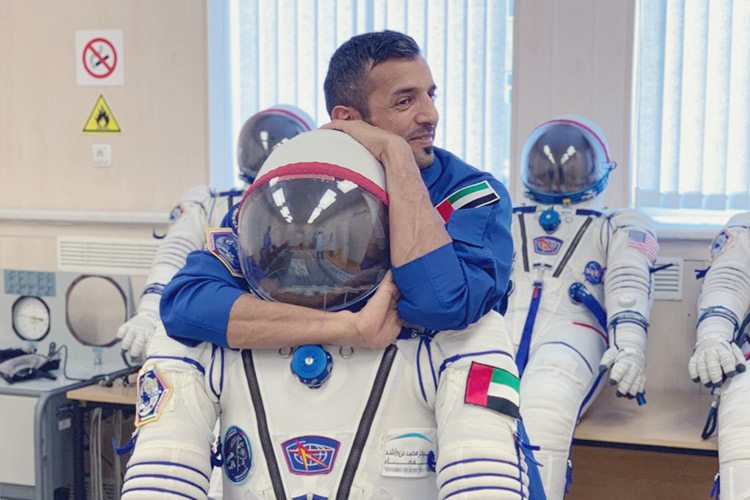 With just a few days left before the much-anticipated launch of the multinational mission to ISS, Emirati astronauts Hazzaa Al Mansoori and Sultan Al Neyadi are limbering up, in right earnest, for the groundbreaking event.

Sultan Al Neyadi during his rigorous training shared some light moments from Baikonur Cosmodrome in Kazakhstan.

Sultan took to Twitter and said, “During the first fit-check of my Sokol space suit in Baikonur, I had a chance to test my modest Jiujitsu skills…” 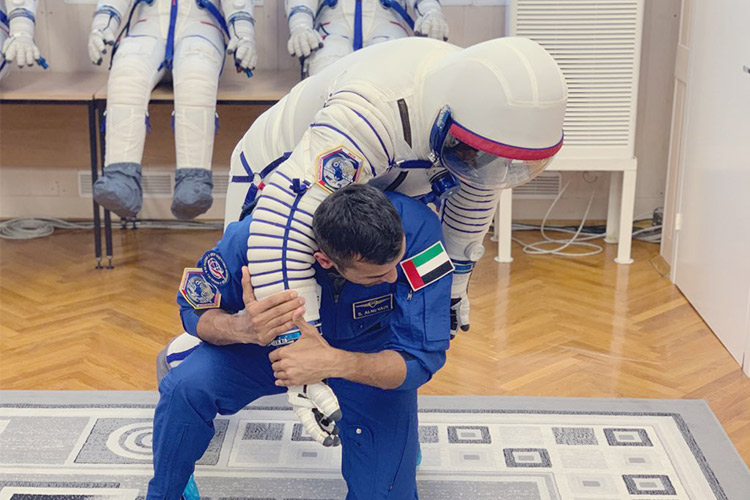 Sultan Al Neyadi performs one of the Jiujitsu moves with a space suit.

Sultan cautioned Twitteratis, “To all jiujitsu practitioners! Do not attempt to submit an astronaut, it won’t work! They literally have no necks and their joints are very flexible! OSS.”

The photo of Sultan has been doing the rounds on social media. Sultan lifted the Sokol space suit, which is reportedly to be 10kg in weight.

Hazzaa Al Mansoori will be the first Emirati – and the first Arab – astronaut in space, marking a spectacular milestone in the UAE’s achievements, a glorious, befitting tribute to the painstaking endeavour of all those involved in this landmark laurel. The launch will be a commendable realisation of the dreams of the founding father of the Nation, Sheikh Zayed Bin Sultan Al Nahyan. 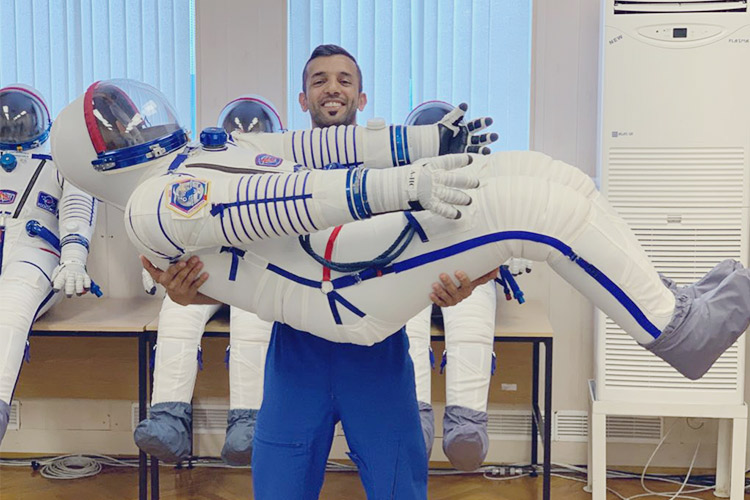 Sultan Al Neyadi lifts a space suit, which is reportedly to be 10kg in weight.

Upon his arrival at the ISS, the UAE will become the 38th country to send someone to space.

The UAE will send its first astronaut into space on Wednesday, September 25. Hazza Al Mansouri will board a Soyuz-MS 15 spacecraft at the Baikonur Cosmodrome in Kazakhstan before blasting off into space. A former military pilot, he will spend eight days at the International Space Station where he will carry out scientific experiments. He will return to earth on Oct.3 at 4.48pm UAE time.