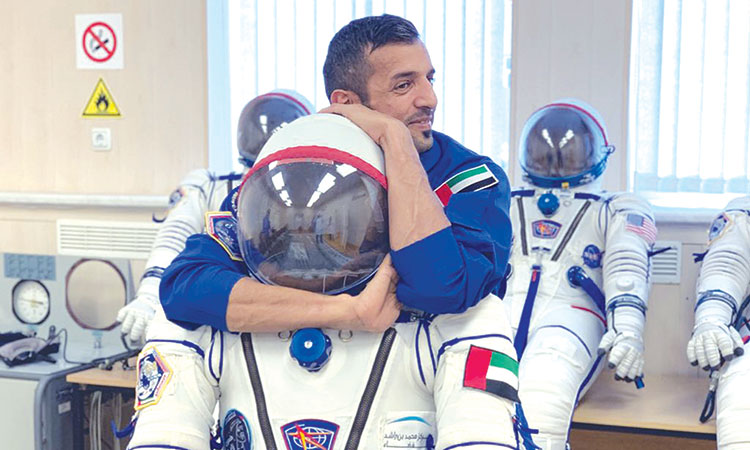 Sultan Al Neyadi took to Twitter and said, “During the first fit-check of my Sokol space suit in Baikonur, I had a chance to test my modest Jiu-jitsu skills.”

Sultan Al Neyadi during his rigorous training shared some light moments from Baikonur Cosmodrome in Kazakhstan.

Sultan took to Twitter and said, “During the first fit-check of my Sokol space suit in Baikonur, I had a chance to test my modest Jiujitsu skills.”

Sultan cautioned Twitterati, “To all Jiujitsu practitioners! Do not attempt to submit an astronaut, it won’t work! They literally have no necks and their joints are very flexible! OSS.”

The photo of Sultan has been doing the rounds on social media. Sultan lifted the Sokol space suit, which is reportedly to be 10kg in weight.

Hazzaa Al Mansoori will be the first Emirati – and the first Arab – astronaut in space, marking a spectacular milestone in the UAE’s achievements, a glorious, befitting tribute to the painstaking endeavour of all those involved in this landmark laurel. The launch will be a commendable realisation of the dreams of the founding father of the Nation, Sheikh Zayed Bin Sultan Al Nahyan.

Upon his arrival at the ISS, the UAE will become the 38th country to send someone to space.

Emirati astronauts Hazza Al Mansoori and Sultan Al Neyadi are now in quarantine. The quarantine will ensure they are free of germs or infections that they could carry to the ISS.

During their quarantine, AlMansoori and AlNeyadi will be in the care of the Russian Federal Medical-Biological Agency, which will be responsible for preventing germs from entering their ground and space facilities.

Everything here is sanitised. The facilities and tools they use will be frequently sterilised, as will their accommodation, buses and training sites. Immediately before the flight, health experts will clean the Soyuz MS-15.

The astronauts will be placed in the so-called “clean room”, where they will be subjected to their final sterilisation, along with the belongings they plan to take on their mission.

The UAE, represented by MBRSC, and Russia, represented by the Russian Space Agency Roscosmos, signed an agreement to send the first Emirati astronaut to participate in scientific research in a Russian space mission to the ISS, aboard a Soyuz-MS spacecraft.

One of the astronauts will fly to ISS as the first Arab astronaut to travel to the space station, while the other astronaut will continue training for future missions. ISS hosting the Emirati astronauts will be the first step for the UAE to embark on space exploration missions, and a qualitative addition to humanity.

In collaboration with the Japan Aerospace Exploration Agency (JAXA), Mohammed Bin Rashid Space Centre (MBRSC) organised two educational events at the University of Dubai and Khalifa University in Abu Dhabi, for students to learn more about the JEM Camera Robot (Int-Ball) and how it works. The Int-Ball helps astronauts aboard ISS record their scientific experiments.

The two events were attended by Fumiaki Tanigaki, Associate Senior Engineer and the Human Spaceflight Technology Directorate and Shuhei Sheigeto, Researcher from JAXA, Research and Development Directorate in Research Unit 1, who spoke about the robot and explained to students how Int-Ball works in space. From MBRSC side, the events were addressed by Saud Karmustaji, Director of Strategic Communication, who spoke about MBRSC’s programmes and initiatives. Mariam AlZarouni, Head of Studies Unit, gave a detailed explanation of the first Emirati astronaut, Hazzaa AlMansoori’s mission to the International Space Station on September 25.

MBRSC was established by the Dubai Government to serve as one of the main pillars to drive the establishment of the knowledge economy and sustainable development in the UAE. 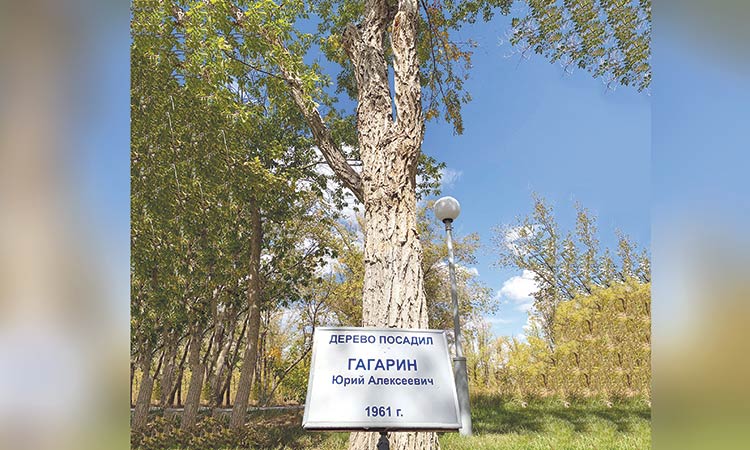 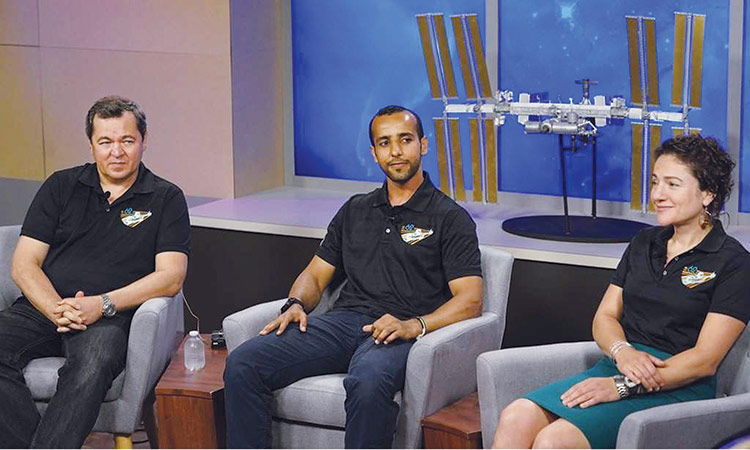 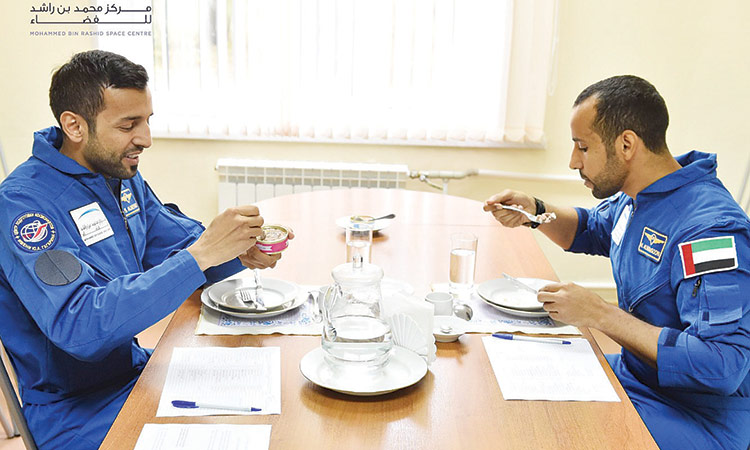