Education worst hit in Kashmir during weeks of clampdown - GulfToday

Education worst hit in Kashmir during weeks of clampdown 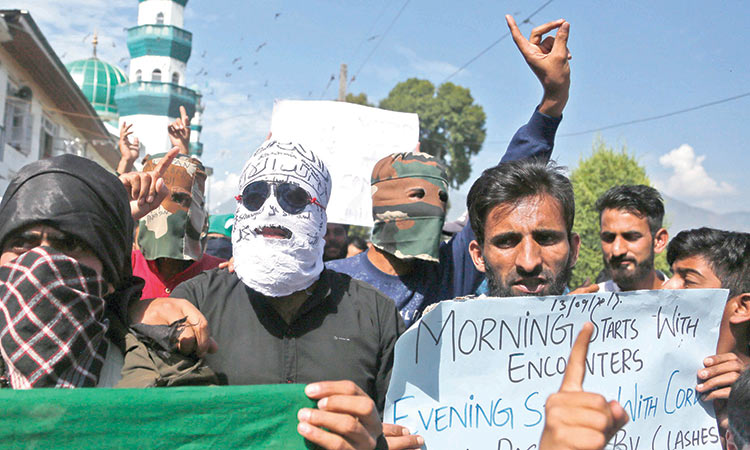 While schools, colleges and universities are functioning normally in the Jammu and Ladakh divisions of the two Union Territories, the same cannot be said for the Kashmir Valley where education has taken the worst beating because of the clampdown.

Authorities have opened schools up to the 10th standard in the Valley, but the attendance of children in these educational institutions has been disappointing so far.

“All the teaching staff have been attending their duty regularly in the Valley’s government-run schools, though the attendance of children has not improved,” said an official of the School Education Department.

Parents have been reluctant to send children to school as they are unable to keep track of them because of the suspension of mobile phone services.

“During normal days we would keep a track of our children through mobile phones by calling the school authorities, or the bus drivers in case of private schools.

“In the present uncertain situation, no one wants to take a chance with the child’s safety especially when mobile phones are not working,” said Javaid Shah father of two school-going children in Srinagar old city.

Submission of examination forms for the 10th class has already started in the Valley even though the students said they had not covered all the topics of their academic syllabus.

“We have not yet been taught many topics in Physics, Chemistry, Biology and Social Sciences. How can we answer all the questions unless they ignore the untaught topics?,” said a class 10th student.

The general demand of the class 10th student for curtailment of the syllabus has not yet been accepted by the authorities.

Farooq Ahmad Khan, the advisor on education to the Governor, has said all school exams will be held in the Valley even if their conduct is delayed by some days.

Khan also dispelled rumours of any mass promotion of students to higher classes on account of the prevailing uncertainty in the Valley.

Colleges and universities, however, continue to remain shut for the last 42 days.

“All colleges and universities will start functioning soon in the Valley as the situation is fast returning to normal,” said an official of the Higher Education Department.

The opening of colleges and universities is likely to have a cushioning effect on the attendance of students in schools.

It is, however, believed that the authorities do not want any student unrest to add to their law and order problems.

“We do not want anti-social elements to play with the future of our students by stoking passions through unfounded rumours. Institutions of higher learning in the Valley will start functioning after the situation improves further in the coming days,” said another government officials.

Kashmir has seen an average of nearly 20 protests per day against Indian rule over the last six weeks despite a security lockdown to quell unrest, a senior government source told reporters.

Despite a curfew, movement restrictions and the severe curtailment of internet and mobile phone services, public demonstrations against India − mostly in the largest city Srinagar − have been constant, the source told reporters late Saturday.

Altogether there have been 722 protests since August 5, with Baramulla district in the northwest and Pulwama in the south the biggest hotspots after Srinagar, the source said.

Since that date, nearly 200 civilians and 415 security force members have been hurt, according to the source.

Ninety-five of the civilians were injured in the last two weeks, the official said.

So far more than 4,100 people − including 170 local political leaders − have been detained across the valley, with 3,000 released in the past two weeks, the official said.

It was unclear whether any politicians were among those released.

Indian authorities have so far insisted that outbreaks of violence have been minimal, and that only five civilians have died since the clampdown started.