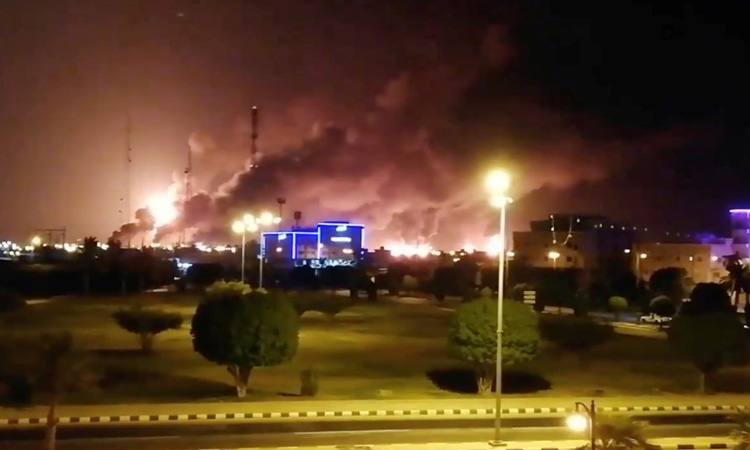 Smoke is seen following a fire at an Aramco factory in Abqaiq, Saudi Arabia, on Saturday morning. Reuters

The UAE has strongly condemned the terrorist attack on Saturday that targeted two Saudi Aramco facilities in Abqaiq province and Hijrat Khurais in Saudi Arabia, causing fires that were later brought under control.

In a statement issued on Saturday, the Ministry of Foreign Affairs and International Cooperation denounced this terrorist and subversive act, saying it is new evidence of terrorist groups looking to undermine security and stability in the region.

The UAE reiterated its complete solidarity with the brotherly Kingdom of Saudi Arabia, its stand with the Kingdom against all threats to its security and stability, and its support for all measures taken for the security and safety of its citizens and residents.

President Hassan Rouhani will present a plan for creating security in the Gulf in cooperation with other countries in the region when he attends the United Nations General Assembly in New York this week.