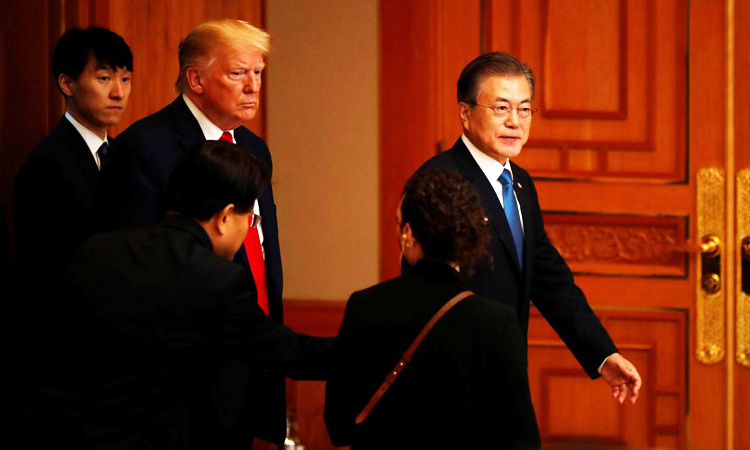 South Korean President Moon Jae-in and US President Donald Trump are expected to hold a summit at the United Nations this month, Moon’s office said on Friday, amid hopes for a restart of talks aimed at dismantling North Korea’s nuclear weapons programme.

Seoul and Washington are working to fix a date for the meeting during Moon’s trip to New York for the UN General Assembly from Sept.22-26, Moon’s spokeswoman Ko Min-jung told a briefing.

The announcement came days after North Korea said it was willing to reopen denuclearisation talks with the United States within the month.

The negotiations stalled after a failed summit in February between Trump and North Korean leader Kim Jong Un, but the two agreed to revive talks when they met in June at the inter-Korean border.

Trump said on Thursday he would be willing to have another meeting with Kim at some point later this year which would be their fourth since an unprecedented summit in June 2018.

Trump’s removal of John Bolton, his hard-line national security adviser, earlier this week could facilitate the revival of the talks though it will hardly make the US goal of persuading Pyongyang to give up its nuclear weapons any easier, analysts say.

Pyongyang has also repeatedly called for US concessions on sanctions, warning that dealings between both sides could end unless Washington takes a fresh approach.