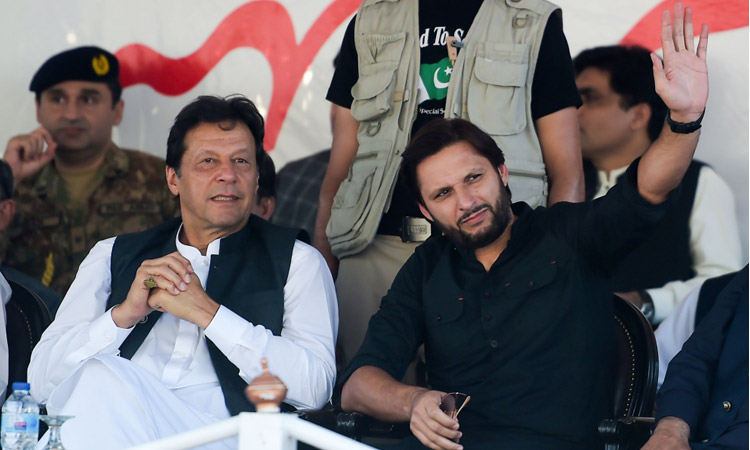 Pakistan Prime Minister Imran Khan on Friday vowed "to fight the case of oppressed people of Indian occupied Jammu and Kashmir" at the upcoming session of the United Nations General Assembly (UNGA), saying he will act as their ambassador before the world and will not disappoint them.

He made the comments while addressing a massive public gathering in Azad Jammu and Kashmir's (AJK) capital Muzaffarabad to "send the world a message regarding the military curfew imposed in Indian occupied Kashmir," Geo News reported. 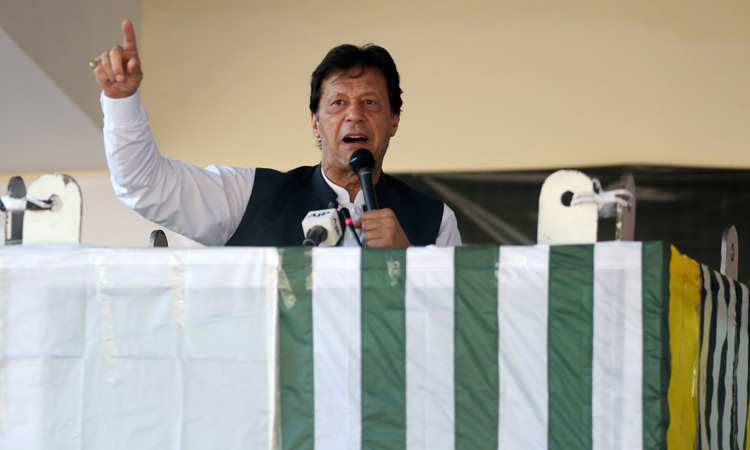 Imran Khan speaks during a rally in Muzaffarabad on Friday. AFP

Calling the Kashmir situation a "humanitarian crisis," the Pakistan Tehrik-e-Insaf chief said that even the EU and British Parliament took up the issue.

"More than 40 MPs in Britain raised the Kashmir issue. I am happy that US senators wrote a letter to President Donald Trump and urged him to intervene in the matter.

"The reason for me becoming an ambassador of Kashmiri people is that I am a Pakistani, a Muslim and a human... Kashmir issue today is a humanitarian problem.

"I am going to the UN General Assembly in New York and I will not disappoint the Kashmiri people," said Imran.

After India scrapped its Constitution's Articles 370 and 35A, which gave special status to Jammu and Kashmir, and divided the state into two union territories, Islamabad has been crying foul over New Delhi's move and continuously trying to highlight the issue on a global level. 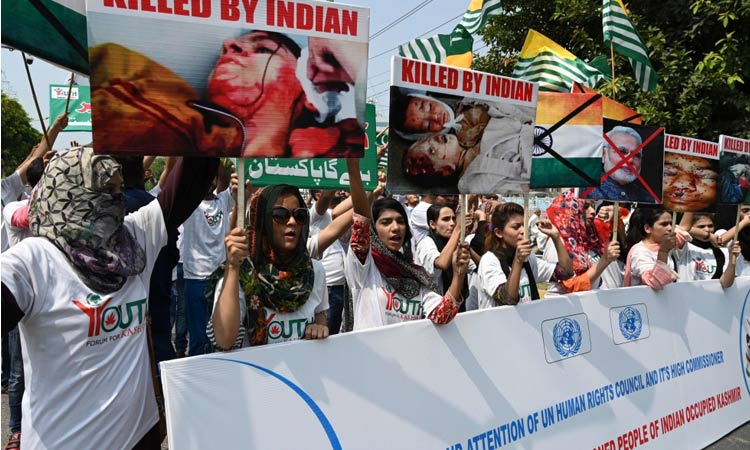 Demonstrators hold placards and shout slogans against the situation in Kashmir during a protest in Lahore. AFP

Criticising the Narendra Modi-led government in India, Imran said that "no matter how much violence is inflicted by the Indian Prime Minister it will not yield any success in the occupied valley."

He claimed that Modi was "pushing people towards extremism and peddling the agenda of RSS, which believes that only Hindus should reside in India."

Imran said that every Muslim around the world "was witnessing what brutalities being committed by the Indian fascist regime in occupied Kashmir," and added that the Indian Prime Minister was "provoking people" to go for extremism.

"Pakistanis are standing with the people of Kashmir and this nation will fight till the end," said the cricketer-turned-politician.

Imran also requested that rallygoers refrain from marching towards the heavily militarised Line of Control that separates Kashmir between Pakistani and Indian sides, saying they should wait for his call.

He urged the world community to pressure India to give the right of self-determination to Kashmiris.

Friday's comments by Imra came days after youths marched towards the frontier to protest the lockdown in Indian-administered Kashmir, triggering clashes with police. 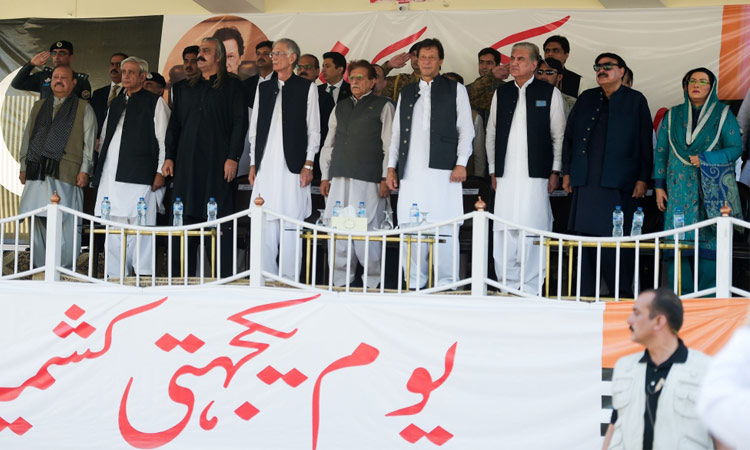 Foreign Minister Shah Mahmood Qureshi, addressing the large gathering earlier, said that while "residents of Azad Jammu and Kashmir have access to news and Internet, occupied Kashmir was under a lockdown and a communications blackout".

He "challenged" the Indian Prime Minister to hold a rally like the one held in Muzaffarabad and address the residents of Srinagar.