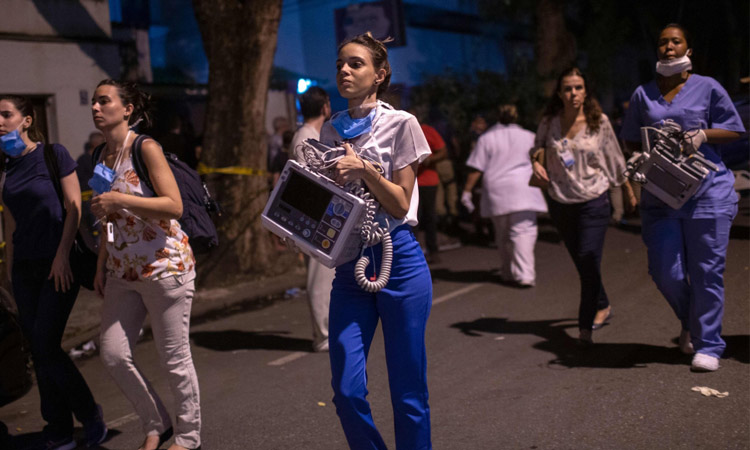 A fire raced through a hospital in Rio de Janeiro, forcing staff to wheel patients into the streets on beds or in wheelchairs and leaving at least 11 people dead, Brazilian officials said on Friday.


Four firefighters were hospitalised after battling the overnight blaze at Badim Hospital and about 90 patients were transferred to other hospitals, according to the fire department. Authorities said that a short circuit in a generator could have sparked the blaze. 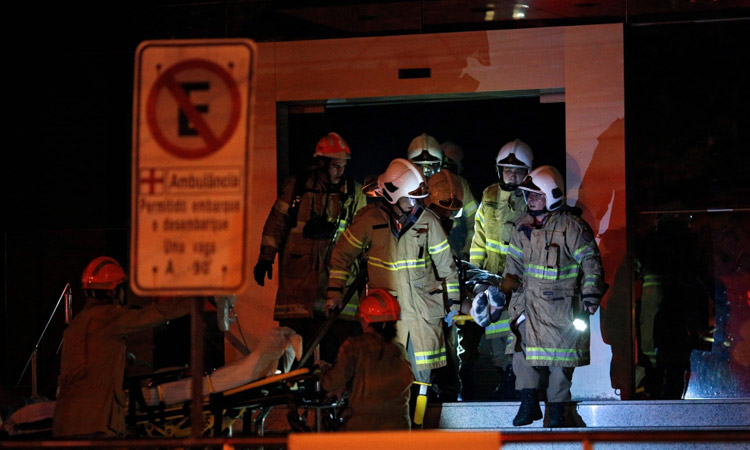 Firefighters transfer a patient during a fire at the Badim private Hospital in Tijuca neighborhood, Rio de Janeiro. AFP

"At least 11 people died," the Rio de Janeiro fire department said in a statement, without specifying whether the victims were patients or workers.

"About 90 patients had to be transferred to other medical units."

The blaze was brought under control by 8:00 pm (2300 GMT), and firefighters searched until the early hours of Friday to recover bodies from the scene. 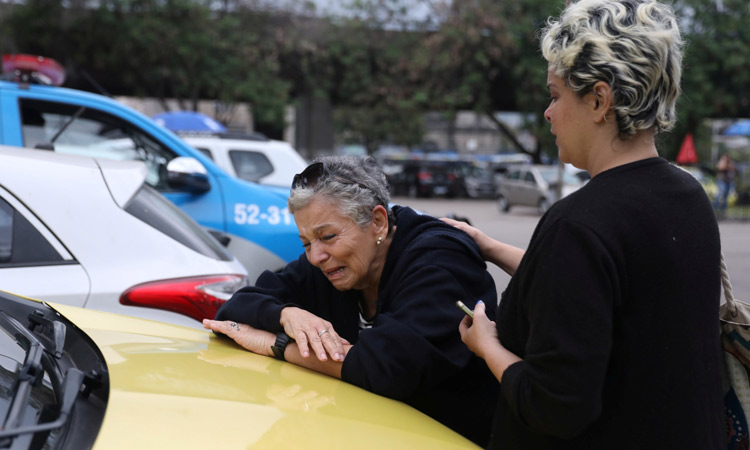 During the evacuation effort, dozens of gurneys and stretchers were taken into surrounding streets as ambulances struggled to get through crowds of curious onlookers to rush the most vulnerable patients to other hospitals.

"I was able to take my mother out of her room and when we got to the fire escape, there were a lot of people running around," lawyer Carlos Otorelo, whose 93-year-old mother is being treated for pneumonia, told the UOL news website.

"It was terrible because the smoke spread very quickly."

Dense black fumes poured out of one side of the hospital, a private facility in the Tijuca neighborhood, as doctors, nurses and volunteers ran inside to rescue patients.

While hospital authorities pointed to a generator fault in the oldest part of the complex as the probable cause of the fire, Rio mayor Marcelo Crivella said he could not rule out sabotage. 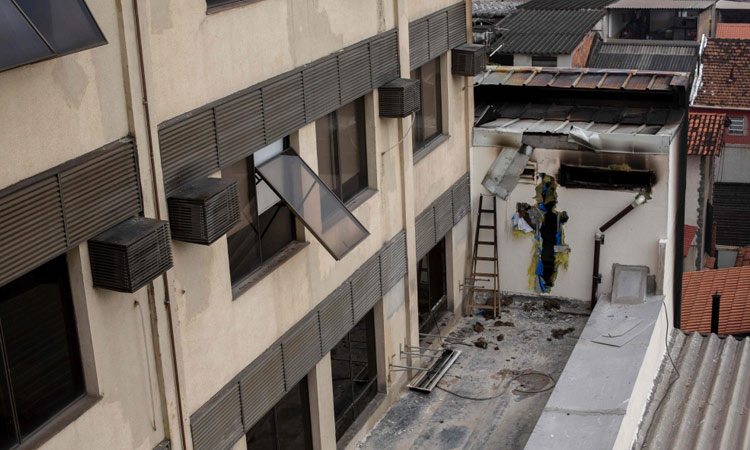 A picture shows the aftermath of a fire in the Badim private Hospital at the Tijuca, Rio de Janeiro. AFP

"Experts will have to find whether anyone was responsible. I hope I am wrong, but we have to check there was no sabotage, we have to investigate," he told reporters.

Rio has been hit by two major fires in the past year, including when the National Museum was gutted by flames last September, destroying most of its priceless collections.

In February, 10 teenage members of the Flamengo football club were killed in the prefabricated building where they were staying.

Faulty air conditioning systems were the cause of both fires. 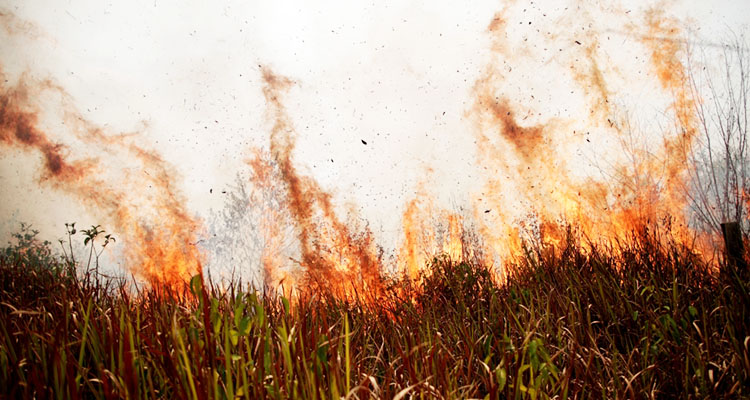 Hundreds of new fires in Brazil as outrage over Amazon grows

Hundreds of new fires are raging in the Amazon rainforest in Brazil, official data showed Saturday, as thousands of troops were made available to help fight the worst blazes in years following a global outcry.