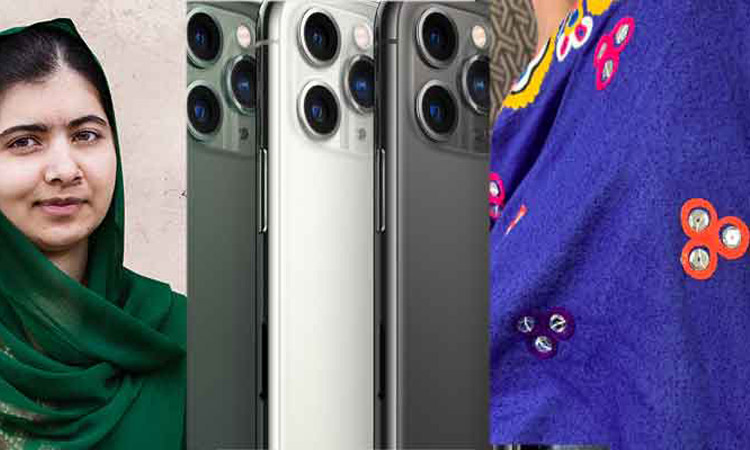 The photo of the dress that Malala Yousafzai shared on her Twiiter account.

As Apple introduced two flagship iPhone models -- the iPhone 11 Pro and 11 Pro Max with triple primary cameras, Nobel Laureate Malala Yousafzai took to Twitter to share an image of the dress she wore and which had an uncanny resemblance to the new camera set-up.

The triple camera set up on the phones that remind of a fidget spinner also gave way to hilarious reactions on the micro-blogging site and Malala's tweet left users in splits. 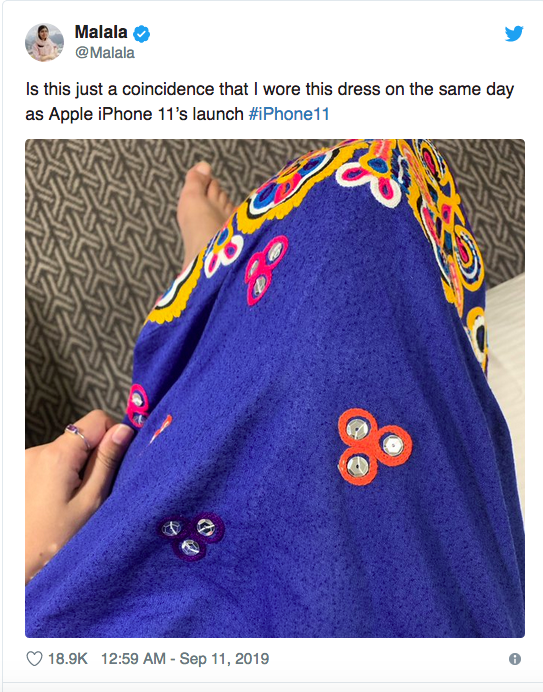 "For a second I thought you were posting a picture of fidget spinners," wrote a Twitterati while reacting to her tweet.

Others reacted by posting: "Apple stole your look" and "So trendy yass".

Incidentally, Apple in January 2018 announced supporting the Malala Fund led by the Nobel Peace Prize Laureate which is focused on advocating every girl's right to 12 years of free, safe and quality education.

The thread over flooded with people joining in the troll, except for a few who pointed out that Malala should call out the brutality in Indian occupied Kashmir instead of commenting on the new iPhone.

Among the critics was the notable, Mathira, who landed on the post to criticise Malala for not sticking to her genre, that is, speaking for world peace.

Mathira expressed her disappointment as she claimed that Malala should have tweeted against Priyanka and the Kashmir issue instead of ‘worrying’ about her dress.