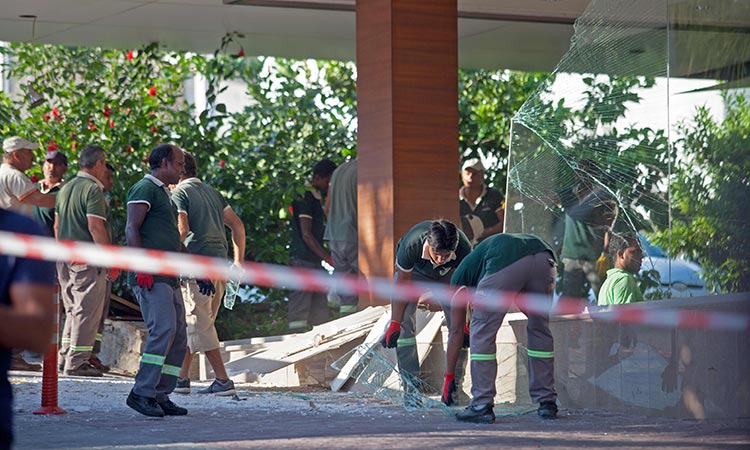 Workers at a hotel in Cyprus assess the damage after a military depot exploded nearby. AFP

Multiple explosions at a Turkish military base in northern Cyprus damaged a hotel in a neighbouring holiday resort early on Thursday, prompting the evacuation of terrified tourists, officials said.

The nearby Acapulco Hotel was damaged in the explosions, which began around 1:30 am (2230 GMT Wednesday) and continued until 5am. 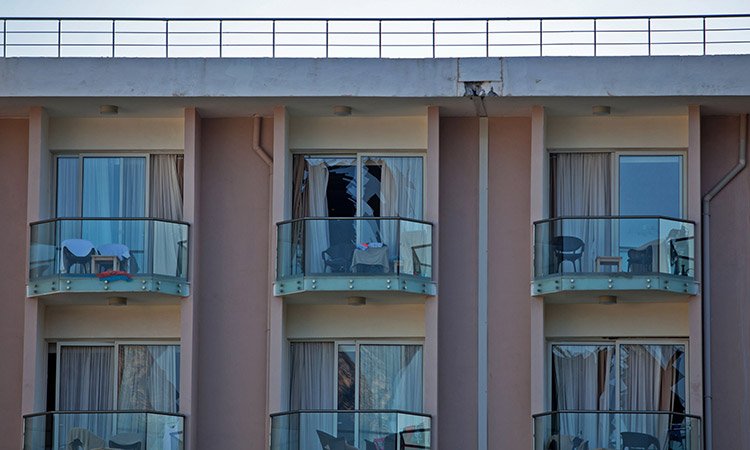 This photo shows the shattered windows of the Acapulco hotel in Kyrenia (Girne) in Cyprus on Thursday. AFP

Panicked hotel residents were evacuated to a safe area.

It was not immediately clear what triggered the blasts. Officials said they had launched an investigation.

"What matters is nobody was harmed, we can handle the rest," he said.

Emergency services in Kyrenia said the fire had been contained by early morning.

The Kyrenia area on the north coast of Cyprus lies within the breakaway state which Turkish Cypriot leaders declared in 1983 but which remains recognised only by Ankara.

The island has been divided on ethnic lines since Turkish troops occupied its northern third in 1974 following a Greek Cypriot coup sponsored by the military junta then in power in Athens seeking union with Greece.

Turkey continues to maintain a sizeable military presence in the north of the island. 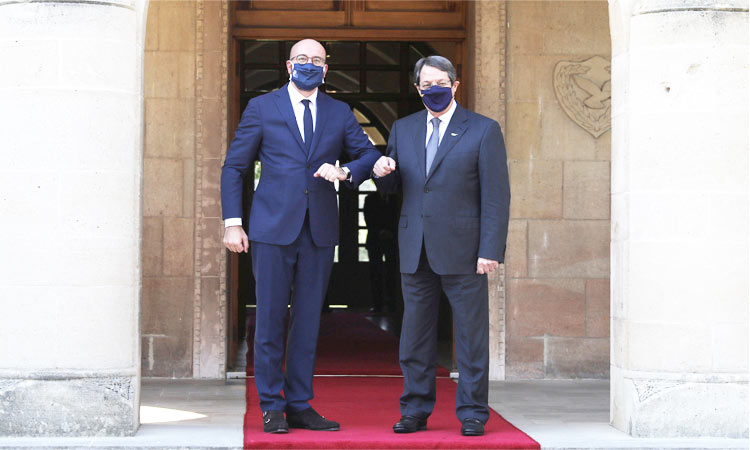 Cyprus is ready to engage in dialogue with Turkey to resolve differences but not under threats, the Mediterranean island's President Nicos Anastasiades said on Wednesday.