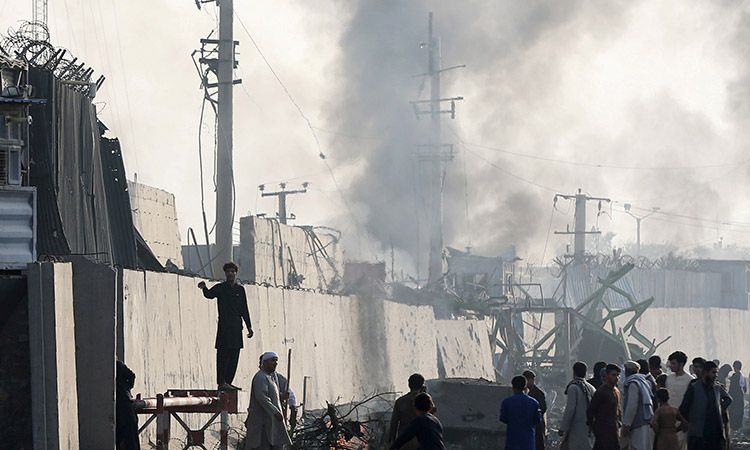 Smoke rises from the location of a blast near the US embassy in Kabul, Afghanistan, on Wednesday. Reuters

A rocket exploded at the US Embassy in Afghanistan just minutes into Wednesday, the anniversary of the 9/11 attack on the United States, but officials at the compound declared all-clear about an hour later and reported no injuries.

Taliban vows to fight on after Trump says talks are dead 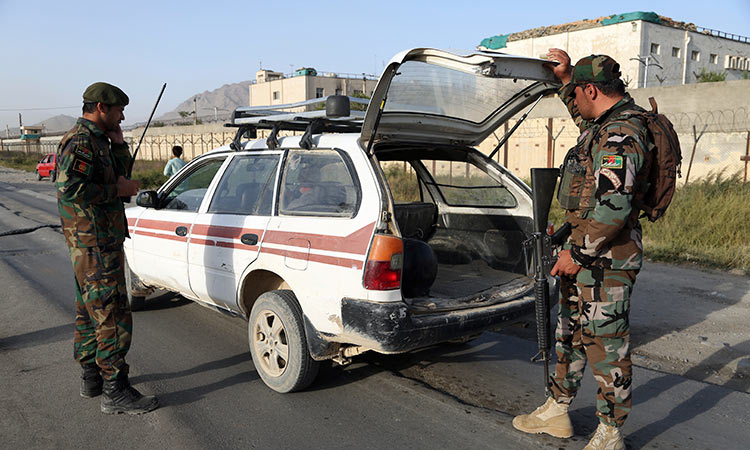 There was no immediate comment from Afghan officials. The Nato mission, which is nearby, also said no personnel had been injured.

It was the first major attack in the Afghan capital since President Donald Trump abruptly called off US-Taliban talks over the weekend, on the brink of an apparent deal to end America's longest war.

Two Taliban car bombs shook Kabul last week, killing several civilians and two members of the Nato mission. Trump has cited the death of a US service member in one of those blasts as the reason why he now calls the US-Taliban talks "dead."

The 9/11 anniversary is a sensitive day in Afghanistan's capital and one on which attacks have occurred. A US-led invasion of Afghanistan shortly after the 2001 attack toppled the Taliban, who had harbored Osama Bin Laden, the Al Qaida leader and attacks mastermind. 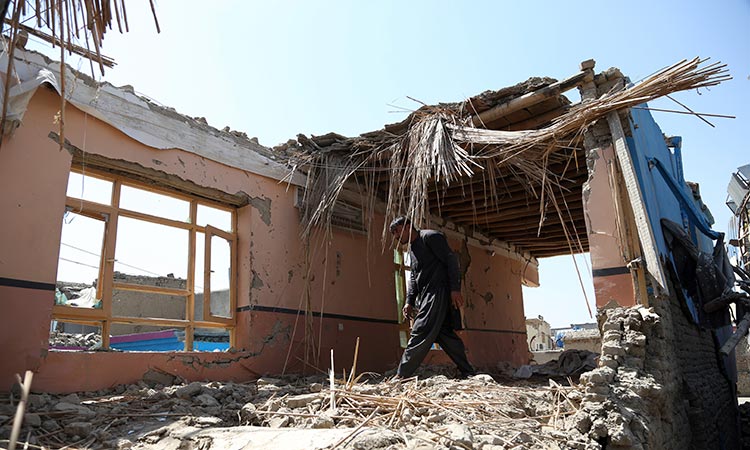 Samiullah inspects the remains of his damaged house after a large explosion in Kabul, Afghanistan. AP

In the nearly 18 years of fighting since then, the number of US troops in Afghanistan soared to 100,000 and dropped dramatically after bin Laden was killed in neighboring Pakistan in 2011.

Now about 14,000 US troops remain and Trump has called it "ridiculous" that they are still in Afghanistan after so long and so many billions of dollars spent.

It is not clear whether the US-Taliban talks will resume.