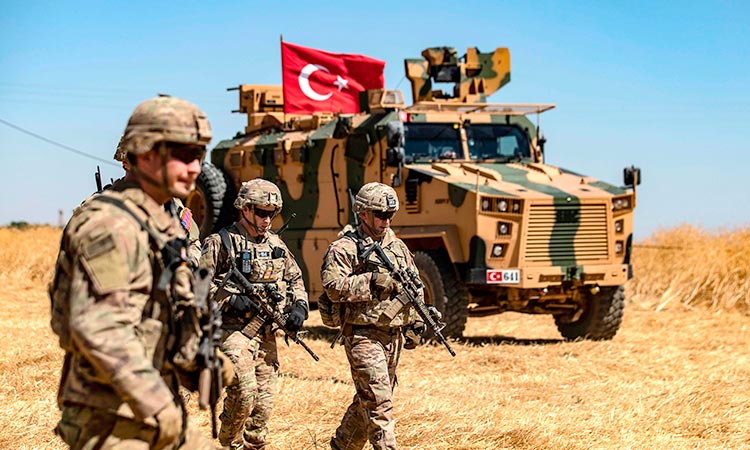 US troops walk during a joint patrol with Turkey in the Syrian village of Al Hashisha. Delil Souleiman/AFP

Turkey accused the United States on Tuesday of taking only “cosmetic steps” toward the creation of a so-called “safe zone” in northeast Syria and renewed Ankara's threat of unilateral military intervention to form a buffer area along its border.

Turkey has been pressing for the zone to keep the Syrian Kurdish fighters away from the border. Ankara considers the fighters terrorists, claiming they are linked to a Kurdish insurgency within Turkey's borders.

The Syrian Kurdish fighters were the top US allies in the war against the Islamic State group in Syria. 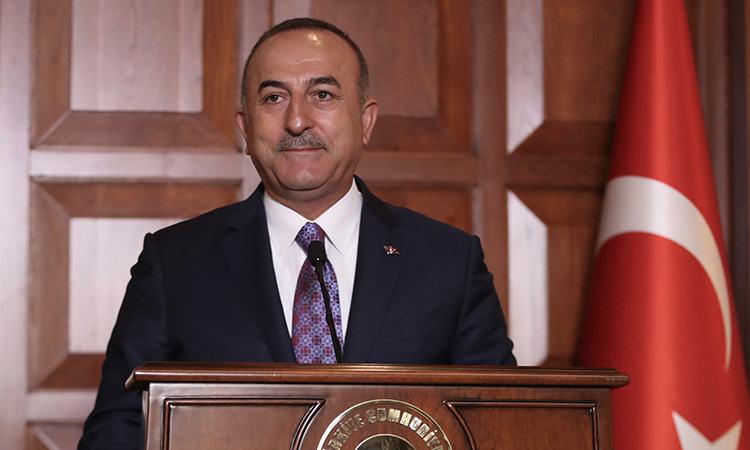 "We are speaking about an ally who cannot act independently from the terror organisation," Cavusoglu said, referring to the US "While on one side, it is taking cosmetic steps with us, on the other side, it is strengthening its engagement with" Syrian Kurdish fighters.

He was referring to recent joint Turkish-US helicopter patrols of the planned safe zone region, as well as a joint ground forces patrol that took place on Sunday. US troops on Saturday also conducted patrols with the local Syrian Kurdish-led forces, which annoyed Turkey.

"Turkey's plans are ready," Cavusoglu said. "To clear this region of terrorists is a matter of national security."

The minister's comments came as two US military officials were visiting Turkey for talks on what Ankara calls "safe zone." The US and Syrian Kurdish forces refer to it as a "security mechanism."

Turkish President Recep Tayyip Erdogan said Sunday rifts remain in the way Turkey and the US envision the zone, claiming Washington was "trying to create a safe zone for the terrorist organization, not for us."

So far, the Kurdish-led forces have withdrawn as deep as 14 kilometers (9 miles) from the border and have removed defensive positions, sand berms and trenches. The depth of the zone, as well as who will control it, is still being worked out.

Turkey has carried out several incursions into Syria during the country's civil war in an effort to curb the expanding influence of the Kurdish forces. 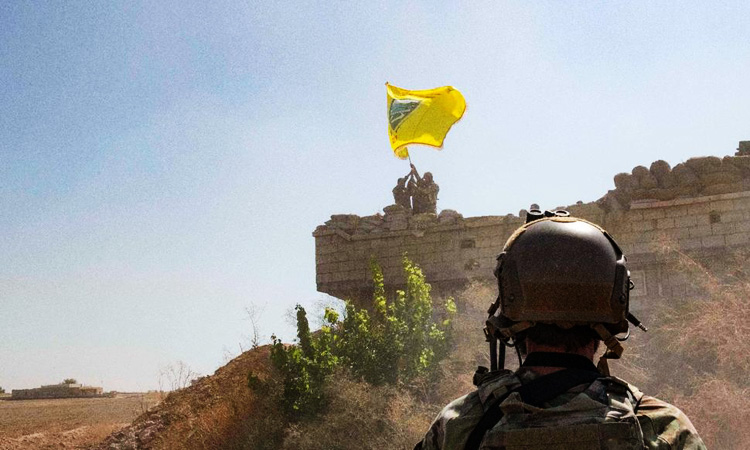 US conducts new joint patrol with Turkey in northeast Syria

The US-led coalition says it’s conducted the third joint patrol with Turkey in northeastern Syria, part of a plan designed to defuse tensions between its NATO ally and Syrian Kurds. 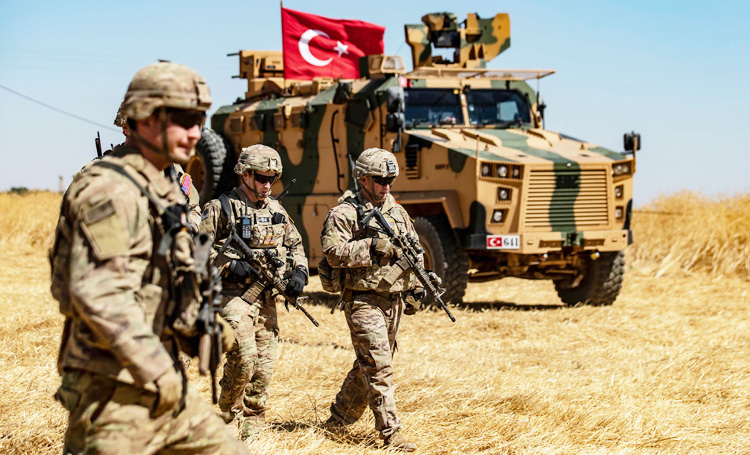