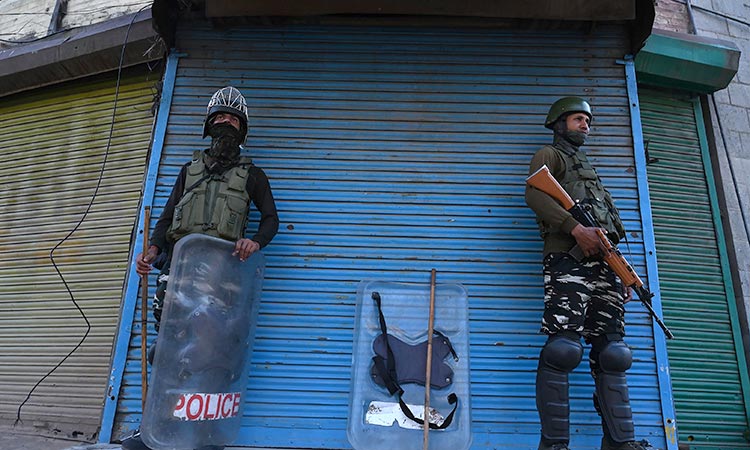 The Indian soldiers descended on Bashir Ahmed Dar's house in southern Kashmir on Aug. 10, a few days after the government in New Delhi stripped the disputed Himalayan region of its statehood and launched a crackdown. Over the next 48 hours, the 50-year-old plumber said he was subjected to two separate rounds of beatings by soldiers.

In the second beating, at a military camp, Dar said he was struck with sticks by three soldiers until he was unconscious.

In more than 50 interviews, residents in a dozen villages in Kashmir told The Associated Press that the military had raided their homes since India's government imposed a security crackdown in the region on Aug. 5. Thousands of young men have been arrested. 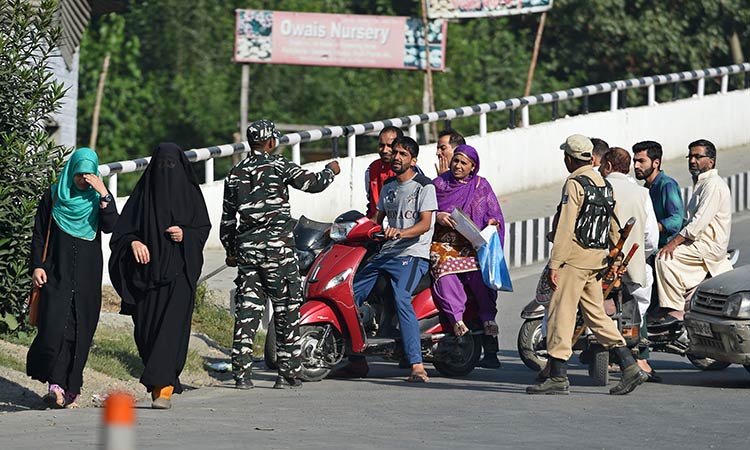 Asked by AP to respond to the recent allegations of abuse from the Northern Command, the Indian army's headquarters in Jammu and Kashmir, its spokesman based in the main city of Srinagar, Col. Rajesh Kalia, dismissed the villagers' accounts as "completely baseless and false," and asserted the Indian army values human rights.

"There have been reports of movement of terrorists" in the areas AP visited, Kalia said. "Some youth were suspected to be involved in anti-national and disruptive activities and were handed over to police as per law of the land."

India's top security official, National Security Adviser Ajit Doval, said the army has not been involved in the operation in Kashmir. "There have been no atrocities," he said.

Frustration, anger and fear have been growing in Kashmir in the five weeks since the government of Prime Minister Narendra Modi stripped the region of most of its semiautonomous status on Aug. 5 and imposed a curfew and a communications blackout. Although some restrictions have been eased in the main city of Srinagar, with students encouraged to return to school and businesses to reopen, rural residents complain of what they perceive as a campaign of violence and intimidation that seems designed at suppressing any militancy, rebellion or dissent.

Since the crackdown began, at least 3,000 people, mostly young men, have been arrested, according to police officials and records reviewed by the AP. About 120 of those have been slapped with the Public Safety Act, a law that permits holding people for up to two years without trial, the records showed.

Thousands of others have been detained in police lockups to be screened for potential to join protests. Some have been freed and asked to report back a few days later. Some are only held in the daytime, released at night to sleep at home, while their parents are told to bring them back the next day.

The region is one of the most heavily militarised in the world, patrolled by soldiers and paramilitary police. Most Kashmiris resent the Indian troop presence and support the rebels.

Now, a new generation in Kashmir has revived the militancy, challenging New Delhi's rule with guns and social media. In February, a Kashmiri suicide attacker rammed a van full of explosives into an Indian paramilitary convoy, killing more than 40 people and wounding more than two dozen. Modi said at the time that government forces have been given "total freedom" to deal with militants.