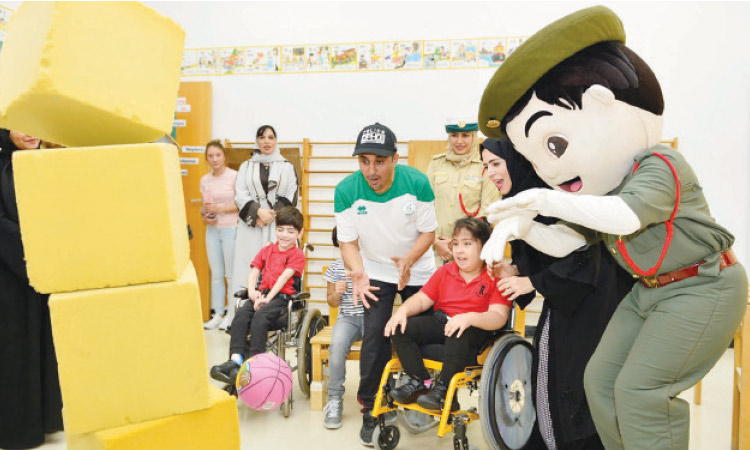 Dubai Police were impressed with the presence of their mascot ‘Mansour’ who entertained the students.

A team from the Dubai Police visited the people of determination at Rashid Centre for the Determined Ones, and a warm reception was held by the students on the first school day after the summer holidays.

Dubai Police were impressed with the presence of their mascot ‘Mansour’ who entertained the students along with the police and gave them a deep sense that they take care of their interests and defend their rights and provide them with all possible facilities.

Lieutenant Colonel Dr Saud Al-Rumaithi said that “we have made sure that the Council of Inspectors at the Dubai Police General Headquarters is happy to be involved and receive the Rashid students on the first day of their return to school. We entertained them with military music and car shows, in addition to the participation of (policeman) Mansour.”

Mariam Othman, General Director of Rashid Centre, said that “we have the most wonderful and efficient security services in the service of law and in the service of human beings, especially those who are motivated, and it was an amazing day for our students to deepen their bond and cooperate and communicate with the General Command of Dubai Police with its various departments.

The students were surprised when they arrived at the Centre to see all the excitement waiting for them, they had no idea that it was a fun-filled day with a lot of entertainment. The officials from the Dubai Police along with their mascot ‘Mansour’ toured the centre to review various activities in which the students were engaged in and also took part in various entertainment sessions.

Gifts and stationery from the team were distributed among the students.

It is also mentioned that the number of academic and rehabilitation institutes exclusively dealing with people of determination opened their doors for the new academic year this week where the prepared staff including teachers, therapist and other supporting staff welcomed them and promised another fun-filled and entertaining time to learn and rehabilitate.

Recently, a group of Pakistani artists who visited the Rashid Centre for Determined Ones got emotional on witnessing the performance of the students and termed their tour of the facility as the memorable experience of a lifetime. They also appreciated the services and rehabilitation courses of the centre in building confidence and various skills among the students of determination.

The group of Pakistani artists, which included singer Umair Jaswal, actress Sanaa Javed, singer Aima Baig and Faisal Khan, visited the Rashid Centre to spend some time with the students in a solidarity gesture. They were received by Maryam Othman, who elaborated on the various services and rehabilitation programmes.

“The tour at the centre gives us an opportunity to see the services and rehabilitation programmes being offered to the children of determination. Most important, I was amazed to witness the confidence level of these children which is beyond any expression. I think the students of Rashid Centre have more confidence than many from the same age in the mainstream. I really became emotional to see them perform to different dance beats while seeing many in different sections engaged in various learning programmes,” said Umair Jaswal.

He said that these students were special in every way in learning, showcasing their talent in different fields and expressing their feelings to tell you that they have dreams and want to achieve their goals, which was an amazing experience. He also expressed his gratitude towards the centre for inviting them and showing their services with a highly skilled staff and tools being used in various classrooms. “Seeing these children perform various skills with a pure heart made my day,” he said.

Jaswal’s songs have gained a lot of views on YouTube and he was nominated in 2013 as Pakistan’s Youth Ambassador by the International Human Rights Commission. 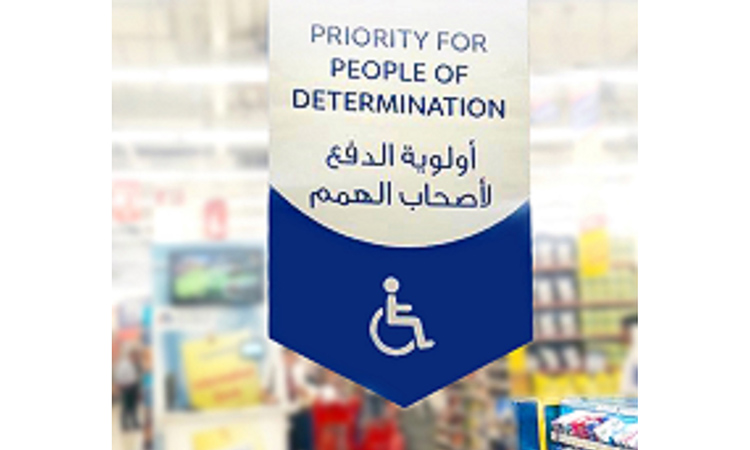