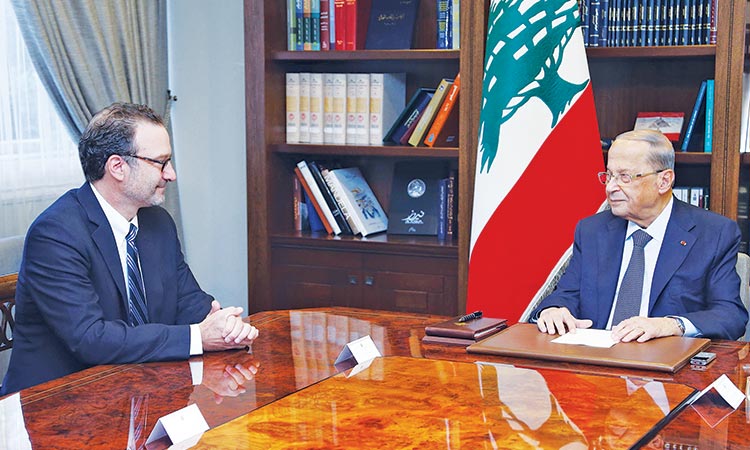 Lebanon’s President Michel Aoun on Tuesday urged Washington to help mediate a solution to a maritime border dispute with Israel, as Beirut looks to start offshore oil and gas exploration.

Aoun made the request during talks with US Assistant Secretary of Near Eastern Affairs David Schenker, who is on a two-day visit to Lebanon as part of a regional tour.

Schenker recently replaced David Satterfield, who had shuffled between Lebanon and Israel in recent months, in an effort to reach a settlement on land and maritime border disputes.

“Lebanon hopes that the United States will continue its mediation efforts... (picking up) where things stopped with envoy David Satterfield,” Aoun said.

“We have agreed on many points, only a few sticking points remain,” he added.

Schenker said Washington was ready to “renew its efforts”, according to a statement released by Aoun’s office.

Earlier the head of Lebanon’s Iran-backed Hizbollah movement Hassan Nasrallah warned against negotiating with “an American envoy allied with Israel,” calling on the Lebanese to negotiate from a position of strength.

Hizbollah respects a UN-brokered ceasefire with Israel in place since a 2006 war but is ready to respond to any “aggression,” Nasrallah said on Tuesday.

Hassan Nasrallah’s remarks follow an escalation between the two foes that started on Aug.24 when an Israeli strike killed two Hizbollah operatives in Syria.

It was followed hours later by what Hizbollah described as an Israeli drone attack on its Beirut stronghold, heightening fears of all-out conflict.

“So that nobody worries, is afraid or wonders, Lebanon respects 1701 and Hizbollah is part of the Lebanese government that respects resolution 1701,” he said in a speech marking a Shiite religious holiday.

“But it will be different... if Israel attacks Lebanon, bombards Lebanon... or sends explosive drones” to Lebanon.

“In the event of an attack on Lebanon, in any form whatsoever, there will be an adequate response to the aggression,” Nasrallah warned in a speech watched by thousands of supporters on a big screen in the movement’s south Beirut stronghold. 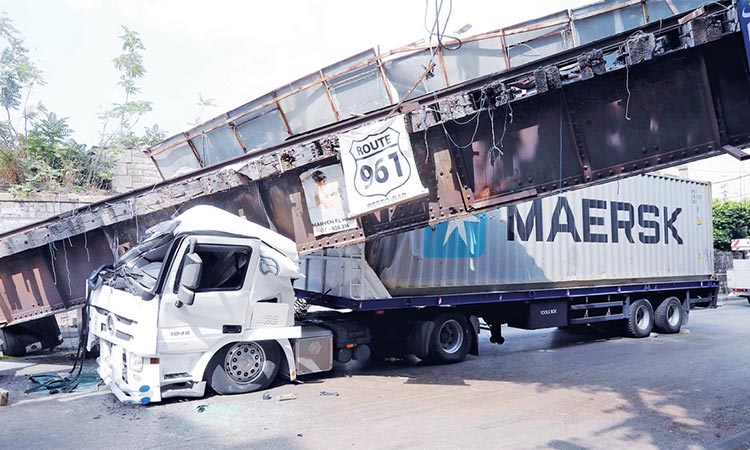 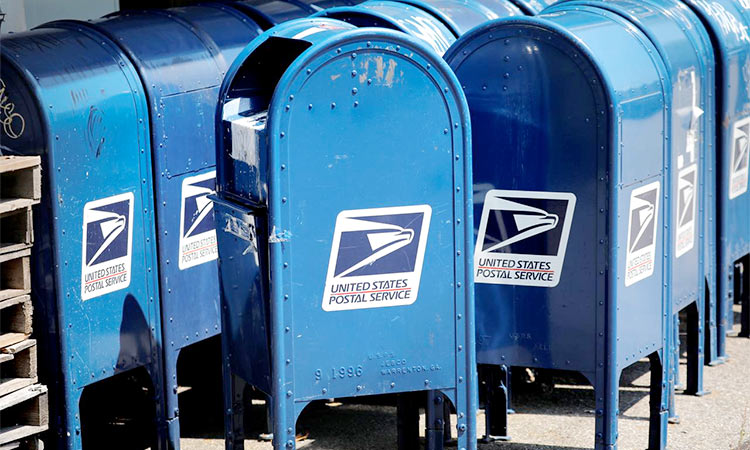 The battle on the ballot

Donald Trump and the Republican Party are presiding over the systematic “Lebanonization” of the US by promoting unsuitable people to key jobs on the basis of their loyalty to him and dismantling key state institutions.