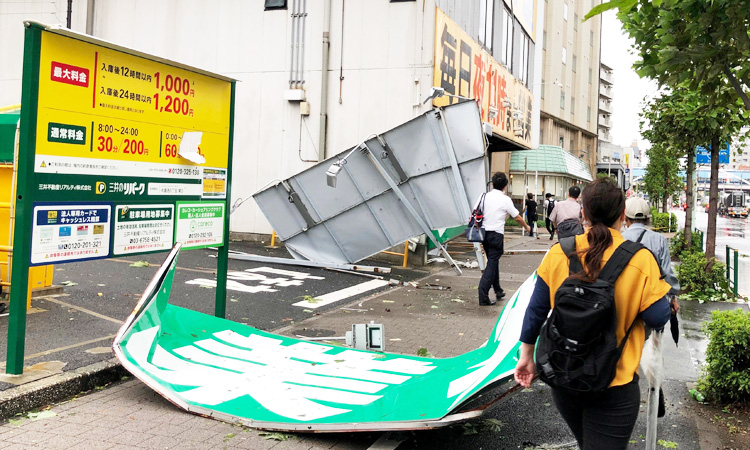 One of the strongest typhoons to hit the Japanese capital in recent years hit just east of Tokyo on Monday, killing one woman, with record-breaking winds and stinging rain that threatened to burst river banks before heading out to sea.

More than 130 flights were cancelled and scores of train lines were closed for hours, snarling the morning commute for millions in a greater Tokyo area that has a population of some 36 million. Authorities warned it was dangerous to venture outside.

Typhoon Faxai, a Laotian woman’s name, slammed ashore in the city of Chiba, just east of Tokyo, a little before dawn, bringing with it wind gusts of 207 kmh (128 mph) in Chiba, the strongest ever recorded there, national broadcaster NHK said. 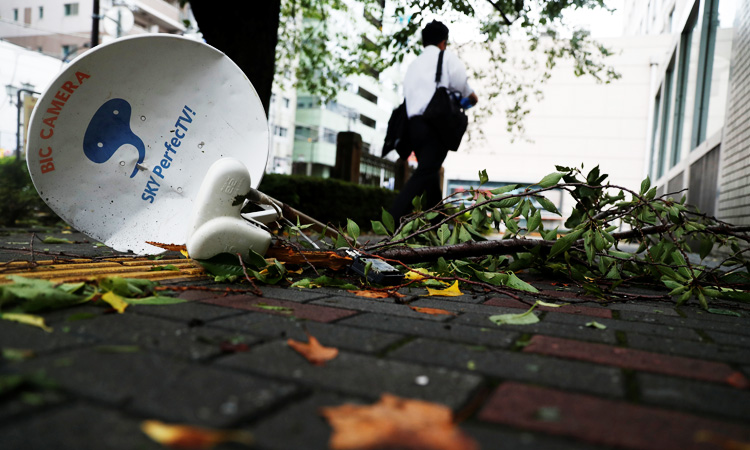 A woman in her fifties was confirmed dead after she was found lying on a Tokyo street and taken to hospital. Footage from a nearby security camera showed she had been smashed against a building by strong winds, NHK reported.

Another woman in her 20s was also rescued from her house in Ichihara, east of Tokyo, after it was partly crushed when a metal pole from a golf driving range fell on it. She was seriously injured.

“There was a huge grinding noise, I couldn’t figure out what it was. Then I looked out the window,” a neighbour told NHK.

Some minor landslides occurred and a bridge was washed away, while as many as 930,000 houses lost power at one point, NHK said, including the entire city of Kamogawa. 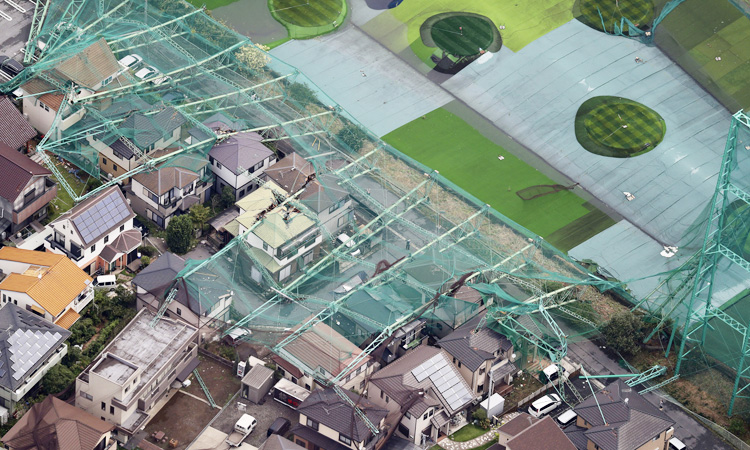 Houses damaged by a collapse of the perimeter netting of a golf training field due to strong winds of Typhoon Faxai.

“I’ve never seen a situation like this, the whole city without power,” an official told NHK.

A Sony Corp spokesman said operations at its plant in Kisarazu, southeast of Tokyo, were suspended due to power outages. The company could not say when the plant, which assembles PlayStation gaming consoles, would reopen, he said.

The storm had headed out to sea by midmorning but authorities warned that heavy rains were likely to continue for some hours, including in Fukushima, the site of the world’s worst nuclear disaster since Chernobyl.

Around four to five typhoons make landfall in Japan every year, but it is unusual for them to do so near Tokyo. NHK said Faxai was the strongest storm in the Tokyo area in several years.

Winds were occasionally strong enough to shake street signs and buildings in the neighbouring city of Ichikawa early on Monday morning, while biting rain fell. Streets normally busy with commuters walking or bicycling to the train station were deserted.

Trees were uprooted throughout the metropolitan area, some falling on train tracks to further snarl transportation.

Some 2,000 people were ordered to evacuate because of the danger of landslides, NHK said, but there were no immediate reports of major damage.

Parts of the Tokaido Shinkansen line were briefly halted but service resumed after several hours. It took hours for other lines to resume, packing stations with impatient commuters fanning themselves in the humid air.

Temperatures were set to shoot up to unseasonably hot levels in the wake of the storm, with 36 degrees Celsius (96.8 Fahrenheit) predicted in Tokyo, prompting authorities to warn of the danger of heatstroke.