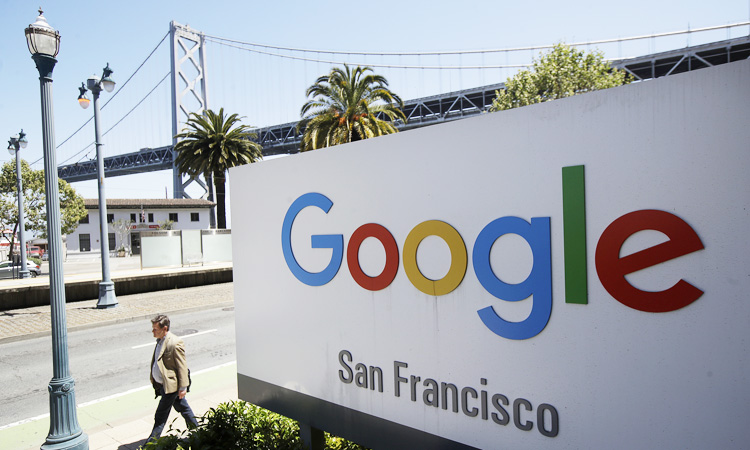 A man walks past a Google sign outside with a span of the Bay Bridge at rear in San Francisco. File photo/ AP

Google said on Monday it supported responsible political advertising that complied with local legislation, after Russia accused it of allowing such advertising during regional elections the previous day despite being asked to remove it.

Google declined to clarify in its statement whether it had circulated such advertising.