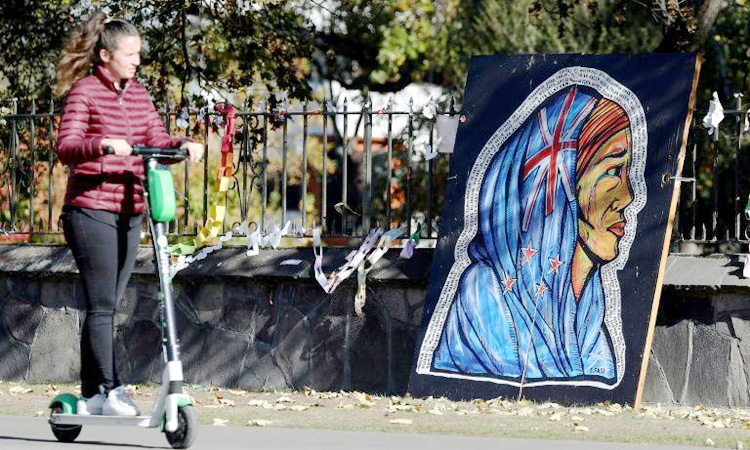 After the alleged gunman live-streamed the killing of 51 worshippers at two New Zealand mosques in March, Canberra has looked to expand its censorship powers.

After the alleged gunman, an Australian national, live-streamed the killing of 51 worshippers at two New Zealand mosques in March, Canberra has looked to expand its censorship powers.

The overseas websites were blacklisted because they “continue to provide access to the video of the Christchurch terrorist attacks or the manifesto of the alleged perpetrator,” said Julie Inman Grant, Australia’s eSafety commissioner.

Authorities refused to name the websites — which will be blocked for at least six months — saying it could bring them more traffic.

Several other websites were asked to take down content and had complied, Inman Grant added.

“The remaining rogue websites need only to remove the illegal content to have the block against them lifted,” she said.

One of the eight websites was a blog focusing on the so-called “Threat of Islam,” according to an explanatory statement lodged with the Federal Register of Legislation.

The Communication Alliance — a telecommunications lobby group — said internet providers had already blocked all eight websites voluntarily before the order, but welcomed the legal clarity provided by the government decision.

In defence of the new censorship powers put into action by Australia’s conservative government, Prime Minister Scott Morrison said last month: “That type of abhorrent material has no place in Australia.”

“We are doing everything we can to deny terrorists the opportunity to glorify their crimes, including taking action locally and globally.”

A new 24/7 Crisis Coordination Centre is also being set up, tasked with monitoring terror-related incidents and extremely violent events for censorship.