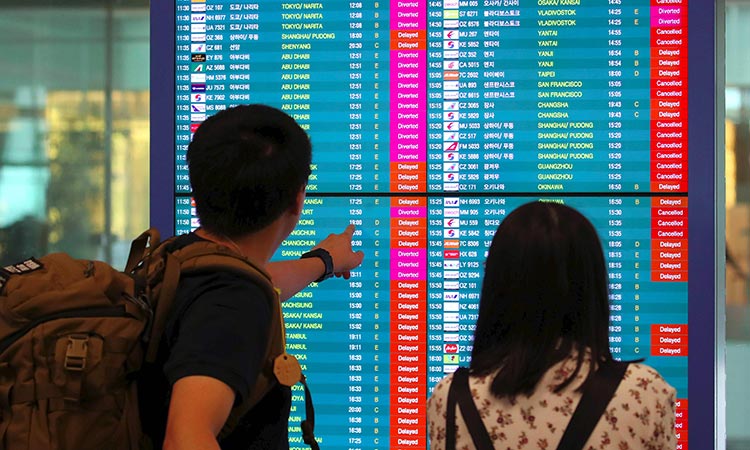 Passengers look at an information board displaying cancelled flights in the departure hall. AFP

Japan braced for Typhoon Faxai on Sunday cancelling trains and flights in Tokyo with destructive winds of up to 216 kph (134 mph) and heavy rain expected to hit the region overnight, according to the Japan Meteorological Agency.

Faxai, a woman's name in Lao, could dump as much as 300 millimetres of rain in the next 24 hours, said the agency. 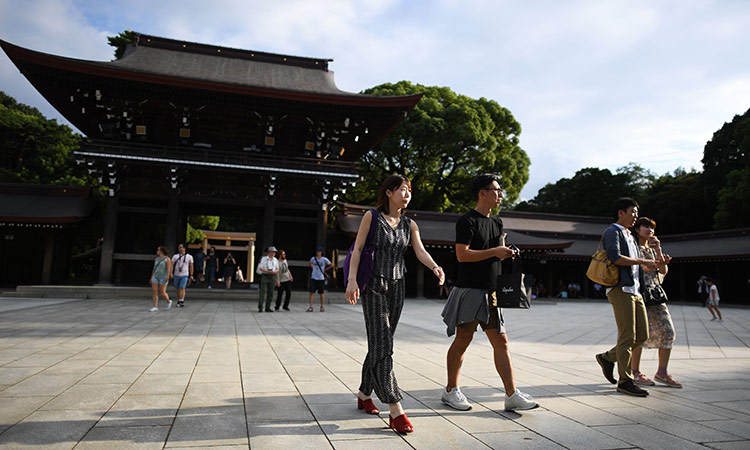 "Winds and rains could pick up suddenly, causing severe storms at sea, and there is a risk of record-breaking winds in the capital and other regions," it said on its website.

In preparation, the Central Japan Railway company said it would cancel or suspend around 50 bullet train services between Tokyo and Osaka from 0900 GMT and warned of the possibility of additional delays and destination changes due to the storm.

Japan Airlines it had cancelled around 20 flights to and from Tokyo's two airports on Sunday, and warned of more cancellations and delays.

ANA Holdings said it had cancelled all flights on Sunday to Hachijojima, a small island located around 300kms (186 miles) south of Tokyo, adding that some flights to and from Tokyo may be delayed or cancelled on Sunday and Monday 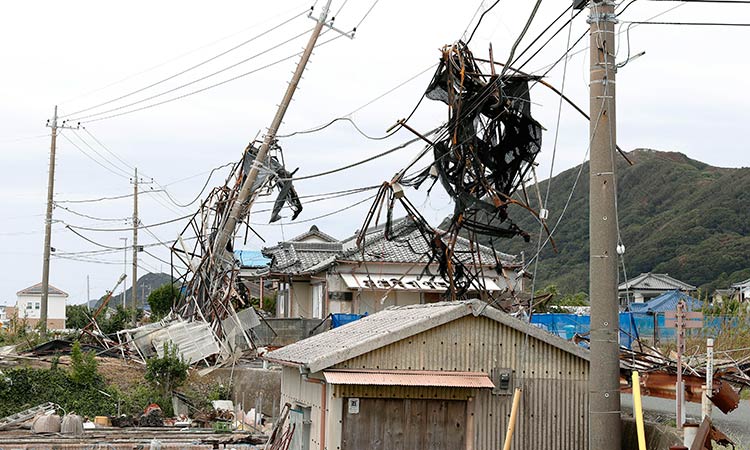