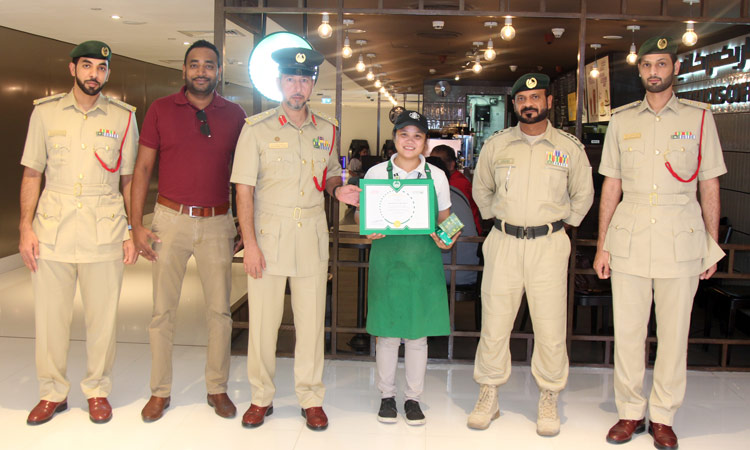 Dubai Police officers with the Filipina worker after she was honoured for her honesty at her work place.

The Dubai Police have recently honoured a Filipina employee of the Starbucks for her honesty as she returned a bag containing Dhs195,000 cash.

A customer has forgotten his bag at Starbucks Café in The Dubai Mall, which apart from the cash also contained a chequebook, a bunch of private papers and documents and two signed cheques.

Colonel Al Shehhi pointed out that the honour comes within the “we reach you to thank you” initiative, which aims at honouring external collaborators in their workplace amongst colleagues. It comes in line with the Dubai Police's keenness to strengthen the concept of community partnership, he added.

From her part, the Mae Anne Olmidillo thanked the Dubai Police General HQ for honouring her and assuring that this award gives her pride and joy.