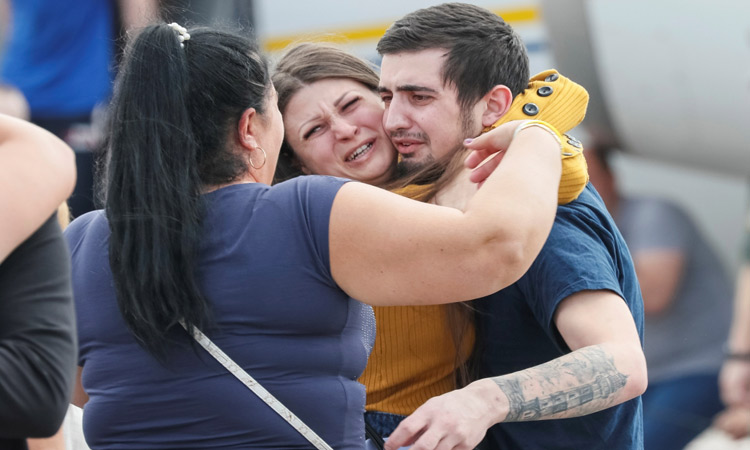 A recently exchanged Ukrainian prisoner is greeted by his relatives upon arrival in Kiev on Saturday. Reuters

Russia and Ukraine carried out a long-awaited swap of 70 prisoners on Saturday, in a deal hailed by President Volodymyr Zelensky as a "first step" towards ending their conflict.

"We have taken the first step," Zelensky said on the tarmac after greeting and hugging former prisoners at the airport. "We have to take all the steps to finish this horrible war." 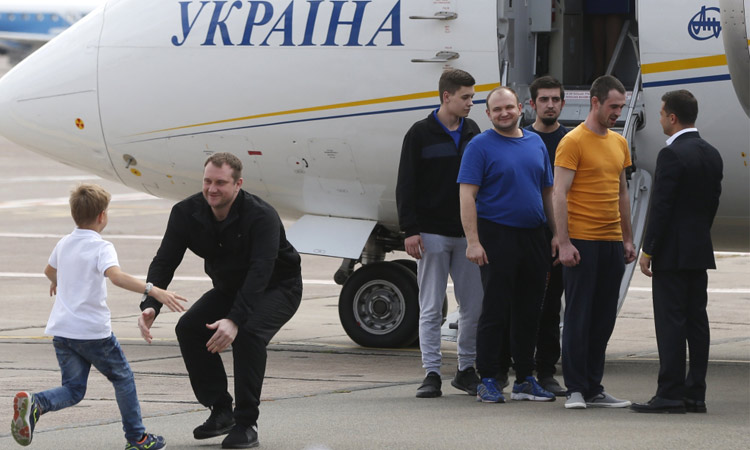 Ukraine's SBU security service confirmed that Vladimir Tsemakh, a fighter with Russian-backed separatists considered a key witness in the downing of flight MH17, was also released as part of the swap.

Anticipation had been building for days for the exchange, which involved weeks of behind-the-scenes negotiations.

Relations between Kiev and Moscow nose-dived in 2014 when Russia annexed Crimea and Moscow backed separatists in the eastern industrial regions of Donetsk and Lugansk. Fighting there has claimed more than 13,000 lives over the past five years.

Zelensky's election in April has raised hopes that the stalled peace process could be revived.

The comedian-turned-politician vowed during to campaign to have Ukrainian prisoners in Russia returned and has said ending the conflict with Russia is his top priority.

Russian President Vladimir Putin said this week that the exchange would be "a huge step towards normalising relations" with Kiev.

The release of Sentsov will be seen as a major victory for Kiev. The 43-year-old was Ukraine's most famous political prisoner and the subject of a star-studded international campaign calling for his release.

He was arrested in 2014 and had been serving a 20-year sentence in an Arctic penal colony for planning "terrorist attacks" in Crimea.

"I thank all the people who have fought for us," Sentsov said at the airport in Kiev. 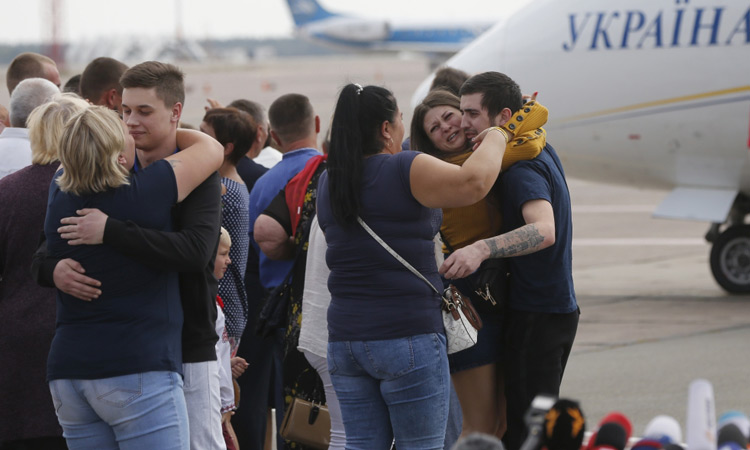 Relatives of Ukrainian prisoners greet them upon their arrival at Boryspil airport. AP

Among those handed over to Russia was Vyshynsky, a journalist at Russia's RIA Novosti state news agency who was facing charges of "high treason" but was released on bail late last month.

The release of Tsemakh, an alleged air defence specialist for pro-Russian separatists, prompted concern from the Netherlands as he is considered a person of interest in the MH17 case.

The Malaysia Airlines passenger plane travelling from Amsterdam to Kuala Lumpur was shot down by a Russian-made BUK missile in 2014 over eastern Ukraine, with the loss of all 298 people on board.

France has urged renewed efforts to resolve the conflict, calling for a summit of the leaders of Ukraine, Russia, France and Germany later this month. 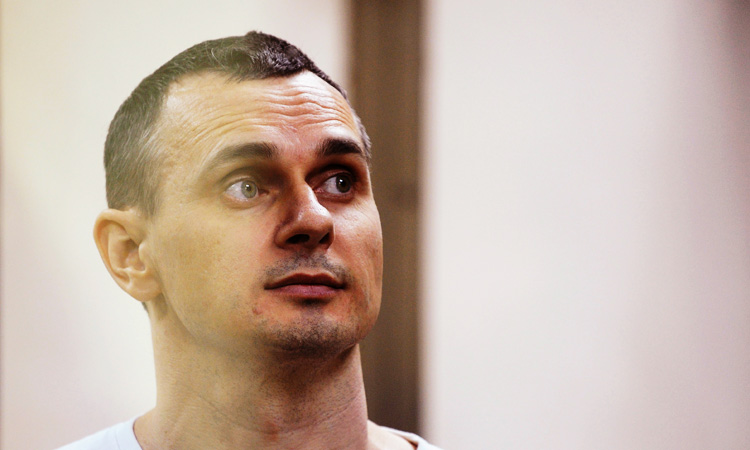 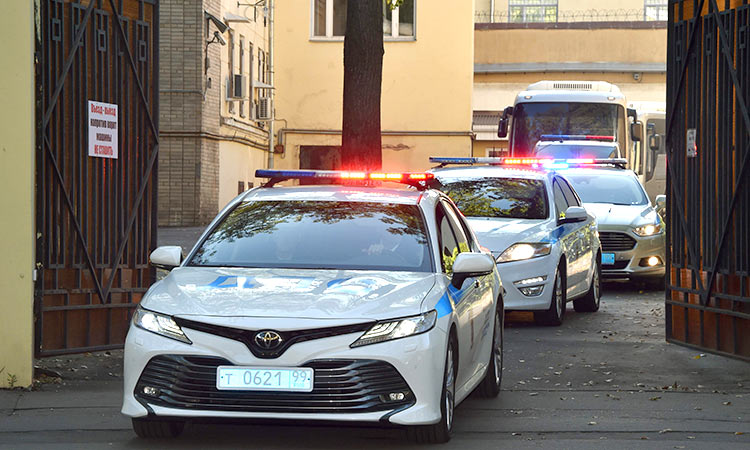