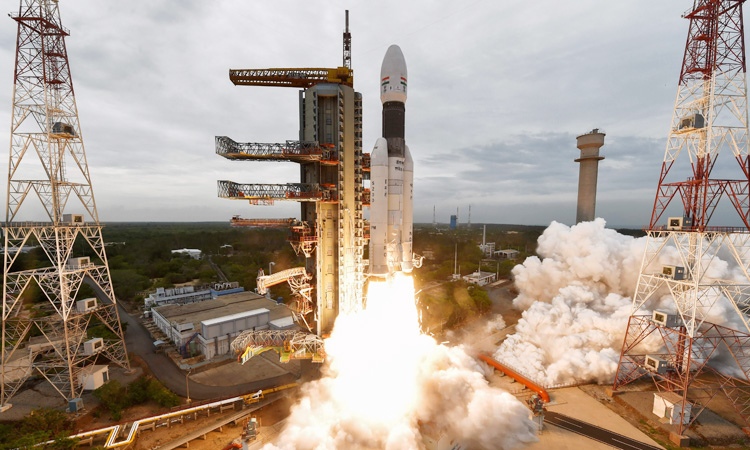 Chandrayaan-2 being launched from the Satish Dhawan Space Centre in Sriharikota. File photo/AFP

India had hoped to become just the fourth country after the United States, Russia and China to successfully land on the Moon.

But as Prime Minister Narendra Modi looked on, the mood in mission control in the southern city of Bangalore soon deteriorated when it became clear that everything was not going according to plan. 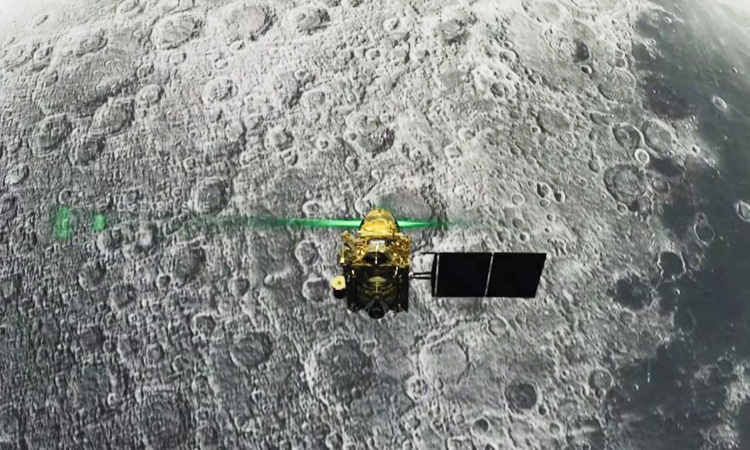 Vikram Lander before it was supposed to land on the Moon.

After several tense minutes as the expected landing time came and went, Indian Space Research Organisation (ISRO) chairman Kailasavadivoo Sivan announced that communication with the lander had been lost.

“The ‘Vikram’ lander descent was (going) as planned and normal performance was observed,” until the craft had descended to 2.1 kilometres (1.3 miles) above the South Pole region, Sivan said.

“Subsequently the communication from the lander to the ground station was lost. The data is being analysed,” he said, surrounded by grim-faced engineers and technicians in the control room.

Modi told them after Sivan’s announcement that “what you have done (already) is not a small achievement.”

The prime minister was due to address the nation at 0230 GMT. 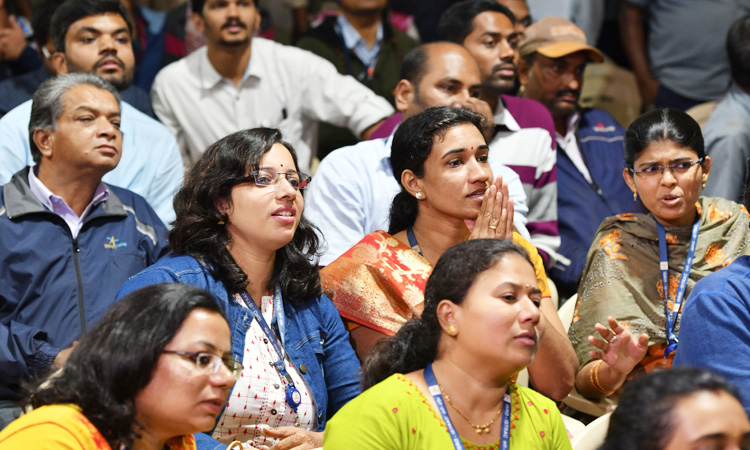 ISRO employees react as they watch the live broadcast of the soft landing of spacecraft Vikram Lander.

Chandrayaan-2 — or Moon Chariot 2 — took off on July 22 carrying an orbiter, lander and rover almost entirely designed and made in India, a week after an initial launch was halted just before blast-off.

ISRO had acknowledged before the soft landing that it was a complex manoeuvre, which Sivan called “15 minutes of terror.”

The lander — named after Vikram A. Sarabhai, the father of India’s space programme — aimed to be the first to reach the lunar South Pole region.

It was carrying rover Pragyan, wisdom in the Sanskrit language, which was due to emerge several hours after touchdown.

The rover was expected to explore craters for clues on the origin and evolution of the Moon, and also for evidence on how much water the polar region contains.

The 2.4-tonne (5,300-pound) orbiter remains in operation and will circle the Moon for about a year, taking images of the surface, looking for signs of water, and studying the atmosphere.

According to Mathieu Weiss, a representative in India for France’s space agency CNES, analysing the South Pole is vital to determining whether humans could one day spend extended periods on the Moon.

Scientists believe that large amounts of water are in the area, making human settlement there more viable.

If people can survive on the Moon, then this means it could be used as a pitstop on the way to Mars, the next objective of governments and private interests such as Elon Musk’s Space X.

The Chandrayaan-2 space mission — India’s most ambitious so far — stood out because of its low cost of about $140 million. The United States spent the equivalent of more than $100 billion on its Apollo missions.

India is preparing Gaganyaan, its first manned space mission, with the air force announcing Friday that the first level of selection of potential astronauts was complete.

The South Asian nation also hopes to land a probe on Mars. In 2014, it became only the fourth nation to put a satellite into orbit around the Red Planet.

China in January became the first nation to land a rover on the far side of the Moon. And in April, Israel’s attempt failed at the last minute when its craft suffered an engine failure and apparently crashed onto the lunar surface.

During a live videocast of that mission, control staff could be heard saying that engines meant to slow the craft’s descent and allow a soft landing had failed and contact with it had been lost. 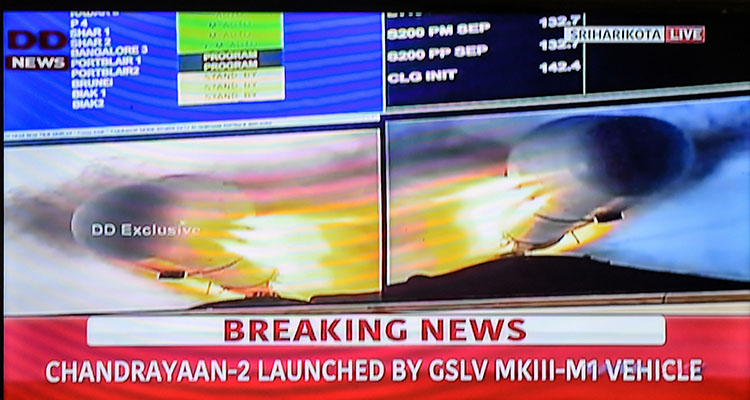