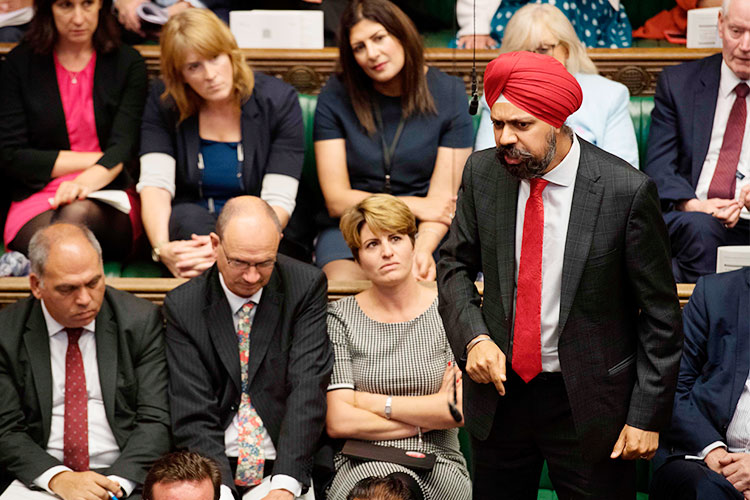 A lawmaker for Britain's opposition Labour Party has gotten an unusual round of applause after challenging Prime Minister Boris Johnson to apologize for comparing Muslim women who wear face-covering veils to "letter boxes."

Tanmanjeet Singh Dhesi took on Johnson during the prime minister's weekly question-and-answer session before the House of Commons on Wednesday. Dhesi asked Johnson to say he was sorry for the "derogatory and divisive" remarks in a newspaper column.

The Sikh lawmaker said that "for those of us from a young age who have had to endure and face up to being called names such as towel head or Taliban or coming from Bongo Bongo land, we can appreciate full well the hurt and the pain felt by already vulnerable Muslim women when they are described as looking like bank robbers or letter boxes."

Johnson demurred, saying his remarks were taken out of context.