Taliban loyalists are cheering the prospect of a deal with the US that after 18 years of gruelling conflict will see "defeated" American "invaders" finally go home.

While details of the deal have not been announced, it is widely expected the Pentagon will slash its troop presence in Afghanistan in return for various Taliban commitments.

US, Taliban on threshold of deal

AFP spoke to several Taliban fighters and supporters in and around Kandahar -- the southern Afghan province that is the birthplace of the Islamist movement and a key stronghold.

Mullah Gul Agha, a Taliban commander from the Marja district of Helmand province, another insurgent stronghold, said Afghans would never accept foreigners as their "masters".

"The Afghans have been fighting invaders for decades, once it was the Russians, today it is the Americans and the British," Agha said. 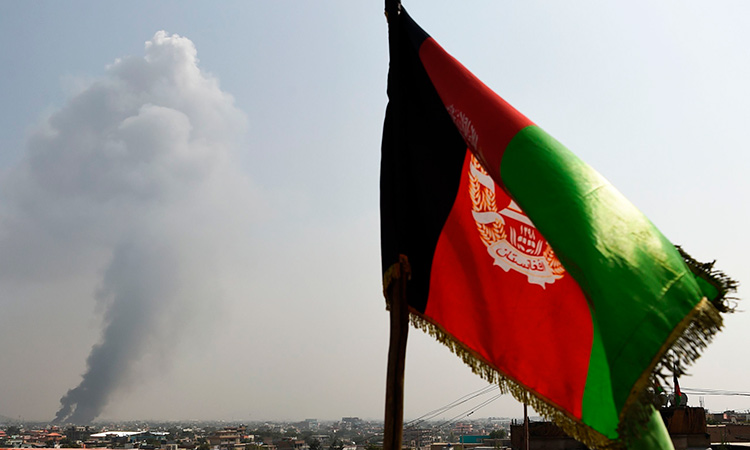 Smoke rises from the site of an attack after a massive explosion near the Green Village in Kabul recently. AFP

"With the Help of Almighty Allah, we have defeated them again."

The toll the war has taken on the US military -- more than 2,400 US troops killed in combat and thousands more with horrendous wounds -- would make America think twice before invading other countries, he said.

"Afghans accept a poor, humble life, but never anybody as their masters," he said.

Mullah Rauf, who was once a Taliban commander in the central province of Ghazni, was optimistic peace might finally come to Afghanistan after 18 years of conflict.

"Both sides in this war are tired," he said.

"I am very happy America is leaving, because they didn't give Afghans anything but war and destruction, and thousands of Afghans were killed... If Afghans join hands, they can prevent more destruction and bloodshed."