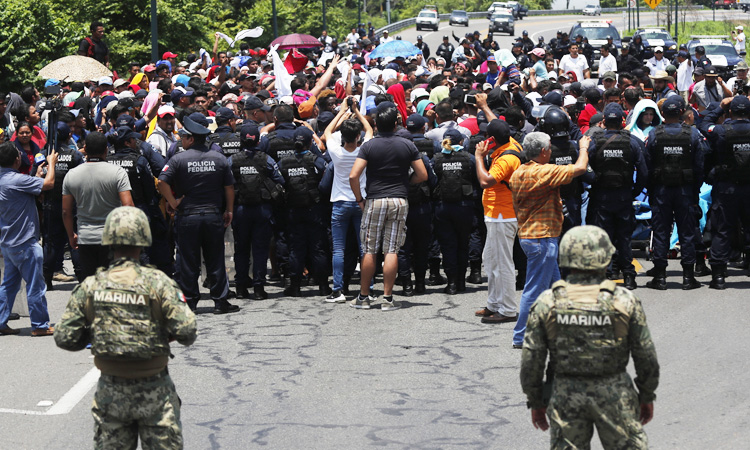 Mexico says it has complied with a 90-day deadline from the US to reduce the flow of migrants through its territory.

Foreign Relations Secretary Marcelo Ebrard is to give a final report on Mexican government efforts on Friday, three months after threats by US President Donald Trump to impose tariffs on Mexico unless it cracked down on hundreds of thousands of mainly Central American migrants arriving at the US border. 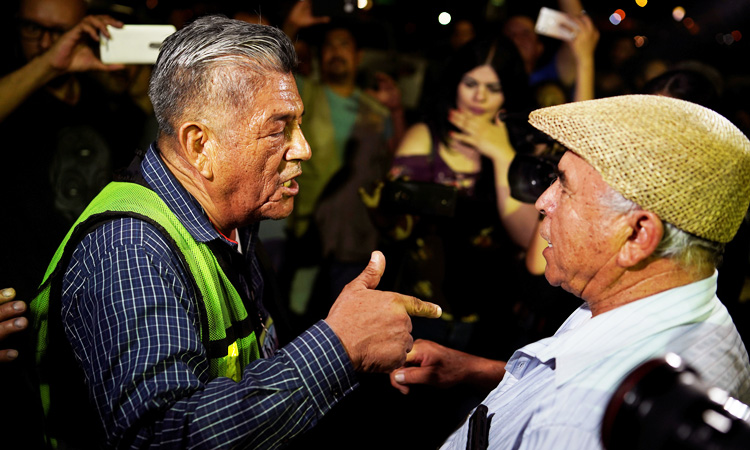 A human rights activist argues with a demonstrator during a protest against the opening of a new shelter for Central American asylum seekers in Mexicali, Mexico. Reuters

The figures appear to bear out Mexico’s position. The number of migrants detained at the US border has fallen from 133,000 in May to 95,000 in June and 72,000 in July. Mexico has reinforced security on its porous southern border and set up checkpoints on highways leading north, deploying 21,600 police and troops across the nation.