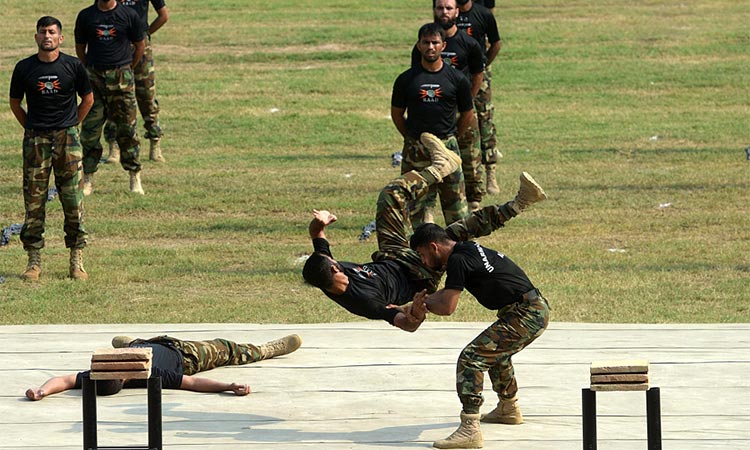 Soldiers take part in a drill on the eve of Pakistan's Defence Day in Peshawar on Thursday. AFP

Pakistan has decided to observe its Defence Day on Sept.6 (Friday) as Kashmir Solidarity Day, a notification issued by Pakistan's interior ministry said on Thursday.

According to the notification, offices across the country will be closed by 3:00pm on Sept.6.

The day's activities will also include visiting the families of martyrs as well as monuments built in their memory, the notification added.

Friday would mark the 54th anniversary of the 1965 Pakistan-India war. The day is observed with traditional zeal across the country and special ceremonies are held to honour the martyrs of the war. 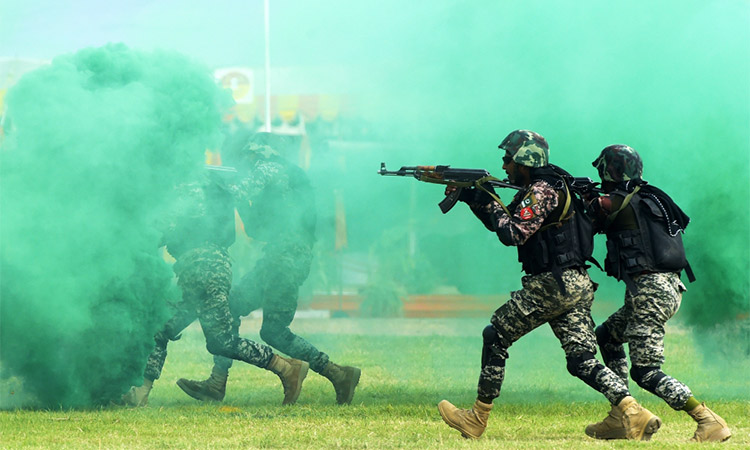 Soldiers take part in a drill on the eve of Pakistan's Defence Day in Peshawar on Thursday. AFP

This year, the nation will also express solidarity with residents of Kashmir, who have been under lockdown for the past month. The Indian government had placed Kashmiri leaders under house arrest and imposed a strict curfew and communications blackout in the region before it repealed Article 370 of the constitution, revoking occupied Kashmir's special status, notification said.

Pakistan had last week had observed Kashmir hour for 30 minutes from 12 noon to 12.30 p.m. in solidarity with Kashmiri people.