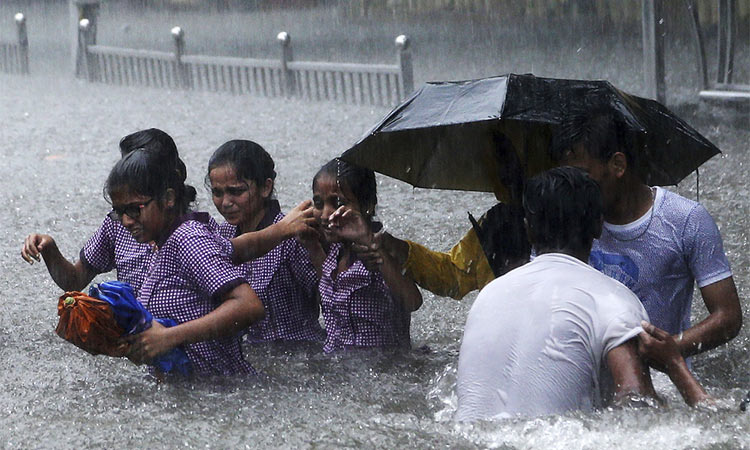 Schoolgirls hold hands and navigate their way through a flooded street as it rains in Mumbai on Wednesday. AP

Mumbai — home to 20 million people — has been hit by torrential downpours over the past two months amid the annual monsoon deluge.

Awghade said the child fell into a drain during the deluge on Wednesday. His parents searched for him through the night, but his body was only found by police early on Thursday.

A 24-year old youth drowned in the Mahim Creek near Kurla and his body was fished out by the Mumbai  Fire Brigade later in the evening.
One boy, who had jumped into the swollen Mithi River for a swim along with three friends, is still missing, while the Indian Navy has launched a search for him since Thursday morning. 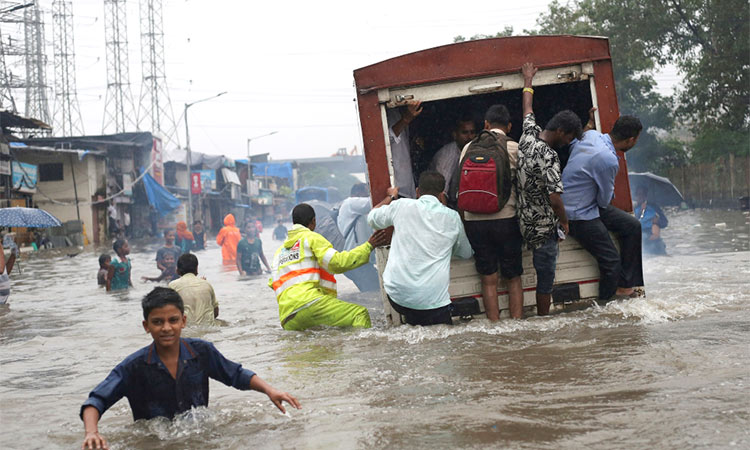 People ride on a truck on a flooded road after a heavy rainfall in Mumbai. Reuters

Residents spoke of being trapped in traffic for several hours amid chaotic scenes.

"It was a nightmare and the entire city came to a standstill," chartered accountant Kevin Gogri told AFP. 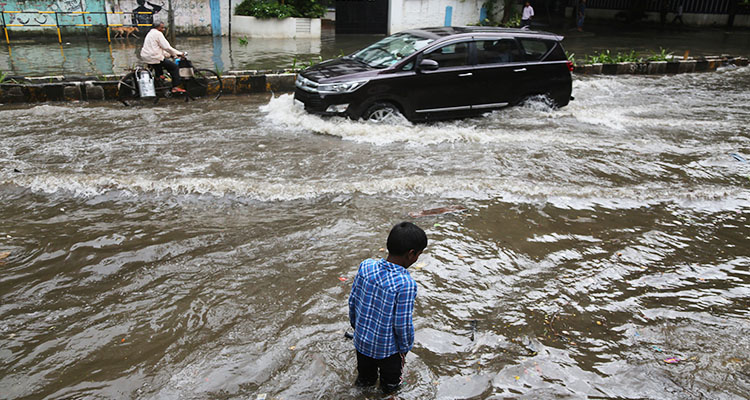 After a week's lull, monsoon revived with full force in Mumbai, coastal Konkan and other parts of Maharashtra, disrupting normal life, here on Wednesday.