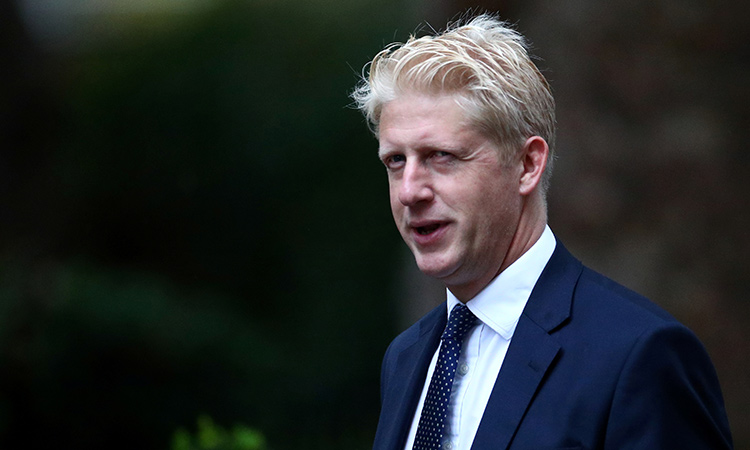 British Prime Minister Boris Johnson's brother, Jo, has resigned as junior minister and said he would step down as a lawmaker, citing a conflict between family loyalty and the national interest.

"It’s been an honour to represent Orpington for 9 years & to serve as a minister under three PMs," Jo Johnson said.

"In recent weeks I’ve been torn between family loyalty and the national interest - it’s an unresolvable tension & time for others to take on my roles as MP & Minister," he said.