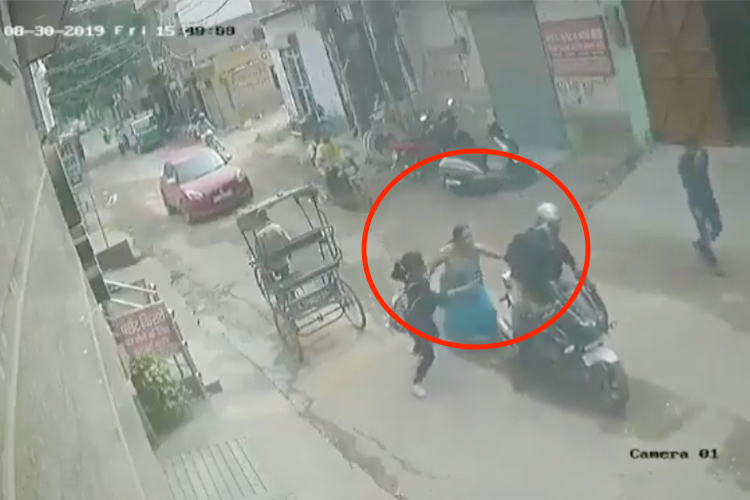 A video grab shows the woman fighting the snatchers in Delhi.

A video showing a woman resisting a snatching bid and getting hold of one of the snatchers here in Nangloi has gone viral on the social media.

The CCTV footage of the incident that occurred on August 30 is doing the rounds on the social media and the woman is being praised by Twitteratis.

In the video, a woman along with a girl can be seen getting down from a cycle-rickshaw and crossing the road when two men on a bike approach them.

Suddenly, the pillion rider tries to snatch the woman's chain.

However, the woman showing bravery and presence of mind, held on to his arm and yanked him off the motorcycle.

Though the one riding the bike managed to escape, the pillion rider was quickly surrounded by a crowd and beaten up.

A netizen, along with the video, tweeted: "This made my day, what a courageous lady she was, didn't allow to flew away, caught him, pulled down from the Bike & rest of the job as usual carried out by the people."

Police are examining the footage to nab the rider who fled the scene. The pillion rider has been arrested.