Prime Minister Imran Khan has said that both Pakistan and India are nuclear-armed states and escalation of tension may threaten world peace, adding that Pakistan will never start a military conflict.

He said the two countries were sitting on a ticking bomb that warranted a joint strategy to resolve grave issues of poverty, joblessness and imminent threat of climate change rather than talking of war.

“Soon after assuming the office of prime minister, I decided to improve Pak-India bilateral relations and asserted if India takes one step forward, we will reach out with two steps. I spoke to Indian premier Narendra Modi and advised him that the 72-year long-standing issue of Kashmir could be resolved through dialogue,” he said and regretted that the response was condescending.

Speaking at the concluding session of the three-day International Sikh Convention in Lahore, the prime minister said the turn of events during the past one year saw India asking for various conditions as if it was a super power and talking to a poor country, adding that war could not be a solution to any problem and those looking for this option were fools.

Warning that wars lead to more crises and problems than resolving issues at hand, Imran said those who tried the war option regretted for many years to come. He condemned the actions of RSS (Rashtriya Swayamsevak Sang) killing and inhumanely treating Muslims in India, saying no religion in the world allowed injustices and barbarianism against innocent people, including women and children. He said the RSS was leading India to a point of no return through its totalitarian and racist ideology.

Imran also strongly condemned the 27-day-long curfew in Kashmir to confine eight million Kashmiris in their homes without any food and medicines and said Pakistan was trying to convince India to stop oppression against Muslims in India and Kashmir.

He urged the Sikh community to raise their voice against oppression and torture being committed against Muslims in India and Kashmir. Welcoming the Sikhs to visit their holy places in Kartarpur and Nankana Sahib, the prime minister said the Pakistan government would fully facilitate the Sikh community and offer multiple visas in due course of time.

Media quoted Saudi Press Agency (SPA) saying that the two “reviewed relations between the two countries and the latest developments in the region.” The call between the two leaders, the second one in less than a month, comes as Imran continues to raise the issue of Kashmir at different platforms.

He had earlier briefed the crown prince on the developments in Kashmir in a telephonic conversation on Aug.27.

Earlier, it is reported that over a million British Kashmiris are boycotting the Indian rice in protest against New Delhi’s move to strip the Kashmir of its special status.

Quoting Jammu Kashmir TV, Radio Pakistan reported that 1.2 million British Kahsmiris have boycotted the Indian product to send a message to the country against withdrawal of the special status of Kashmir.

The report said that Indian rice has been put on sale at lower prices due to decrease in demand in the UK.

It has been a month since Indian forces have enforced a curfew in the Muslim majority region in order to prevent the people from staging protests.

Meanwhile, Khawar Qureshi, Pakistan’s lawyer at the International Court of Justice (ICJ) in the Indian spy Kulbhushan Jadhav case, has said the consular access granted to Jadhav will have “no effect on the conviction under espionage and terrorism charges.”

“The ICJ has rejected Indian requests for annulment of his conviction, acquittal, release and return,” Qureshi told the media at Pakistan’s Punjab Bar Council lecture for young lawyers.

Jadhav was arrested in March 2016 from Balochistan for espionage. In April 2017, he was sentenced to death by a military court, after which India approached the ICJ. 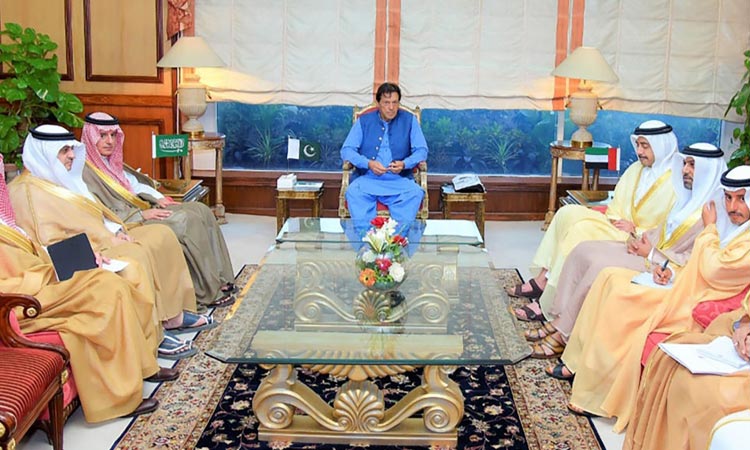