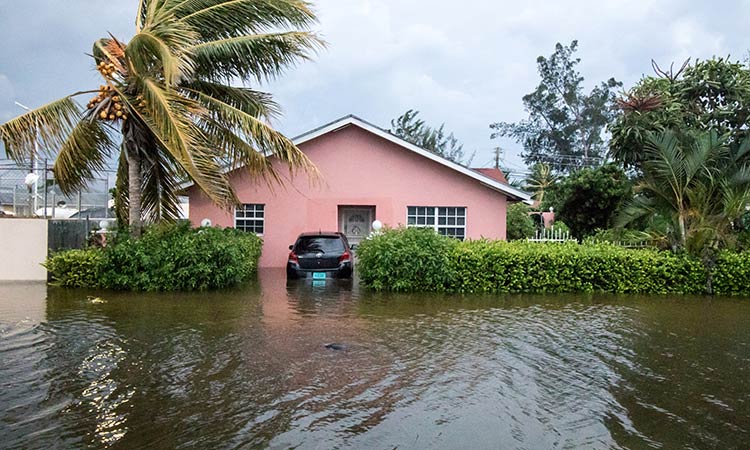 A palm tree bends in the wind next to a flooded street after the effects of Hurricane Dorian arrived in Nassau. Reuters

Monster storm Dorian hovered over the Bahamas as surging seawaters and ferocious winds sowed chaos in low-lying island communities, killing at least five people and spurring mass evacuations on the US east coast.

UAE evacuates citizens from Florida ahead of Hurricane Dorian

Bahamas Prime Minister Hubert Minnis on Monday termed the hurricane a "historic tragedy" for the archipelago.

"Thus far, the Royal Bahamas Police Force has confirmed that there are five deaths in Abaco," Minnis told a news conference, referring to the islands where Dorian made landfall as a Category 5 storm on Sunday. 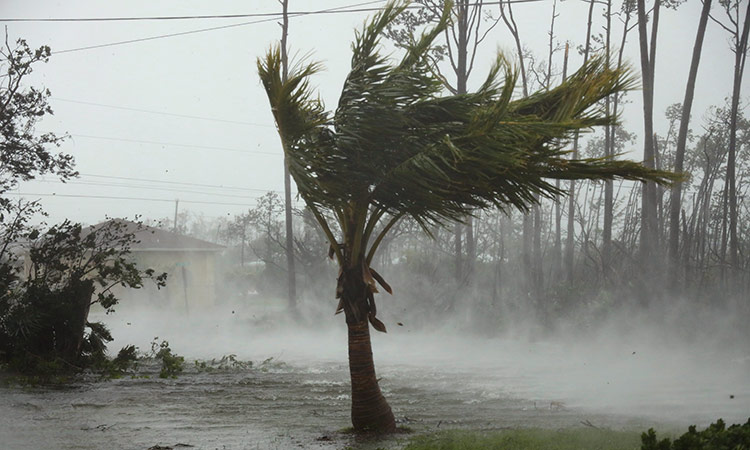 A road is flooded during the passing of Hurricane Dorian in Freeport, Grand Bahama, Bahamas. AP

It weakened slightly to a still-dangerous Category 3 storm on Tuesday, according to the National Hurricane Center (NHC).

As Dorian ground to a standstill, pounding Grand Bahama further to the west of the island chain, the Bahamas tourism and aviation ministry announced the start of rescue operations "in parts where it is safe."

US forecasters said the storm would keep hammering the Bahamas overnight into Tuesday.

For many, the wait for help to arrive has been terrifying.

A text message seen by AFP from a woman named Kendra Williams, who lives on Grand Bahama, said: "We are under water; we are up in the ceiling. Can someone please assist us or send some help. Please. Me and my six grandchildren and my son, we are in the ceiling."

“Thus far, the Royal Bahamas Police Force has confirmed that there are five deaths in Abaco.”

Florida is beginning to feel the effects of Dorian, with heavy rain and "gusty winds" forecast, and the possibility of tornadoes on Tuesday, the Miami-based NHC said.

More than 9,500 people have taken cover in 121 shelters in Florida, according to the state's Division of Emergency Management.

Among them is 30-year-old Stefanie Passieux, who took shelter along with her two children and mother.

"I came yesterday, as soon as it opened. They said we were in a state of emergency so I came," she said.

"My dad is staying with the cats, but we left. He never leaves. He doesn't do shelters," Passieux said.

At 0700 GMT Tuesday, the hurricane remained stationary, the NHC said, whipping the Caribbean island with torrential rains and winds of 120 miles (195 kilometers) per hour, with higher gusts.

The storm is forecast to resume moving westward overnight.

"Although gradual weakening is forecast, Dorian is expected to remain a powerful hurricane during the next couple of days," the NHC said in an earlier bulletin. 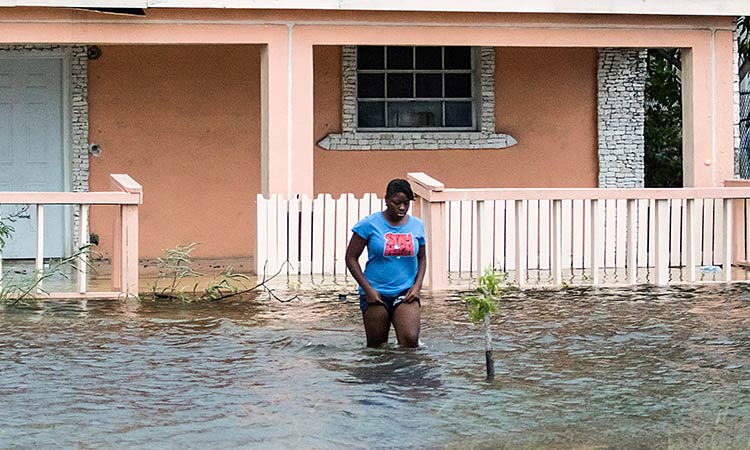 A woman walks in a flooded street after the effects of Hurricane Dorian arrived in Nassau, Bahamas. Reuters

"People who thought they were safe are now calling for help," Rigby said. "My best friend's husband is stuck in the roof of their house with seven feet (two meters) water below."

Initial Red Cross estimates were that 13,000 buildings may have been damaged or destroyed by Dorian, officials in Geneva said. 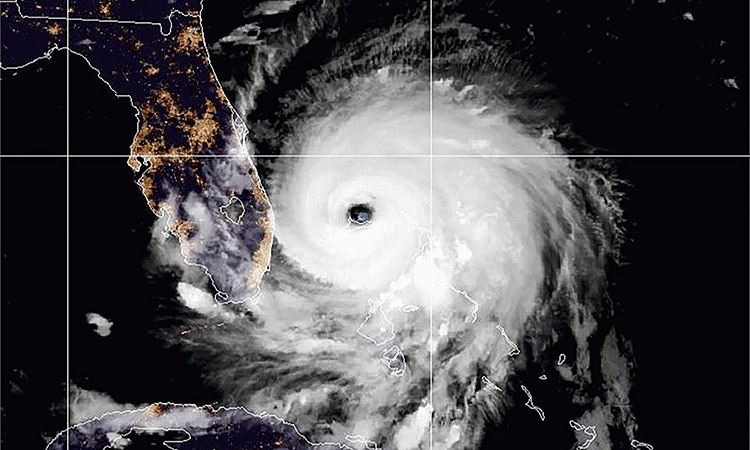 The eye of Hurricane Dorian remains near the city of Freeport, Bahamas. Reuters

Video posted on the website of the Bahamian newspaper Tribune 242 showed water up to the roofs of wooden houses in what appeared to be a coastal town. Capsized boats floated in muddy brown water dotted with wooden boards, tree branches and other debris.

The NHC warned of a 12- to 18-foot storm surge above tide levels in parts of Grand Bahama, accompanied by large and destructive waves, saying that people on the island should "remain in shelter."

Water levels in the Abacos, swamped by a similar surge Sunday, were expected to slowly subside. 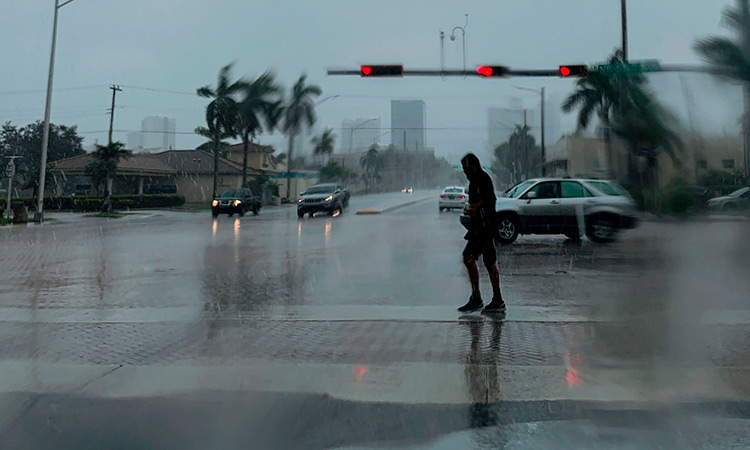 A man crosses the street during a pouring rain in Fort Lauderdale, Florida, on Monday. Eva Marie Uzcategui/AFP

All three eastern US states have ordered coastal residents to evacuate, affecting close to a million people.

Neighboring North Carolina has also declared a state of emergency, as has Virginia further north.

Florida senator and former governor Rick Scott wrote on Twitter that "a slight wobble West" would bring the storm "on shore with devastating consequences."

"It makes me sick. I don't like it," he told AFP as he stepped outside for air before the storm closes in.

"I've been through seven or eight of them since I've been in Florida, since '73. And, they're all the same, you know. Tear everything up, put it back together.

"But, I chose to live here so I might as well live with it, you know."