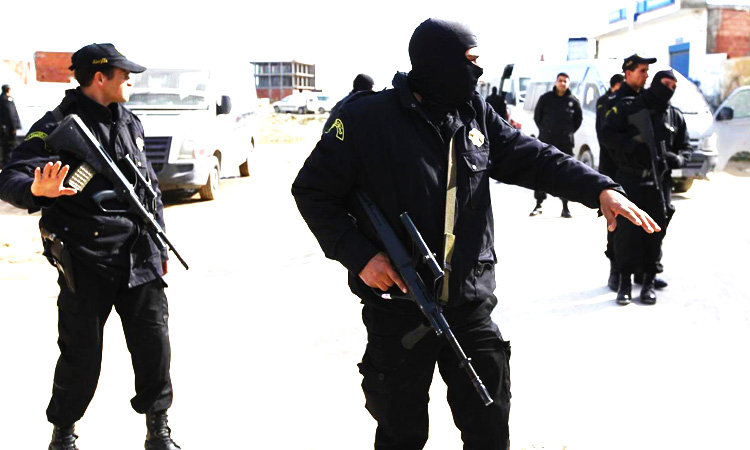 Tunisian police stand guard near a house in Raoued, a northern suburb of the capital Tunis. File photo/Reuters

A Tunisian policeman and three militants were killed on Monday in a security operation near the Algerian border, two weeks ahead of presidential elections on Sept.15, state television reported.

The policeman who was killed was the head of a police station in the town of Haidra, it added. 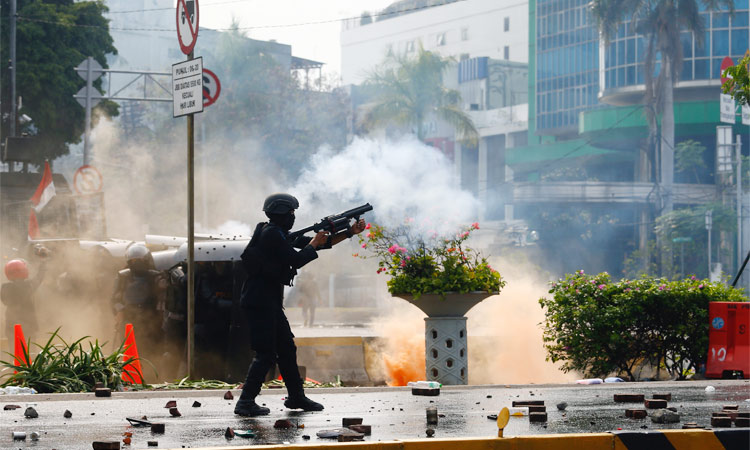 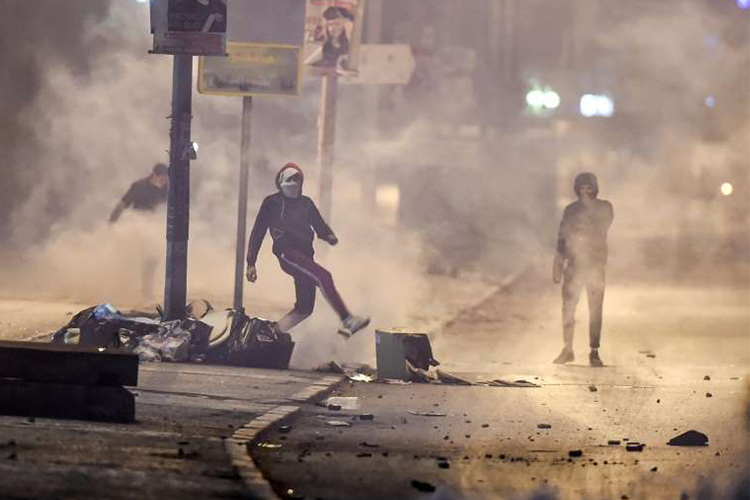