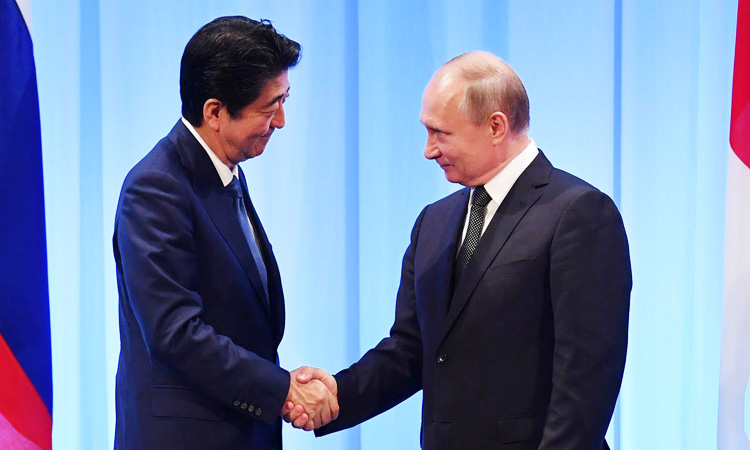 Putin shakes hands with Shinzo Abe during a news conference after the G20 Summit in Osaka, Japan. File photo/ Reuters

Japanese Prime Minister Shinzo Abe said on Monday he planned to meet with Russian President Vladimir Putin this week when he attends the Eastern Economic Forum to be held in Vladivostok Sept 4-6.

Abe said he wanted to make progress towards talks over a peace treaty and joint economic activities in the four disputed Russian-held islands off Japan's northern region of Hokkaido. 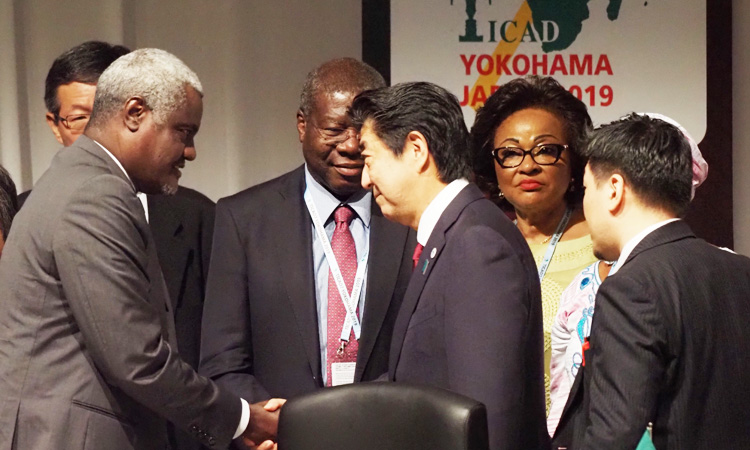 Investors in Africa must beware of burdening countries with “excessive” debt, Japan’s prime minister warned on Friday, an apparent swipe at China whose Belt and Road