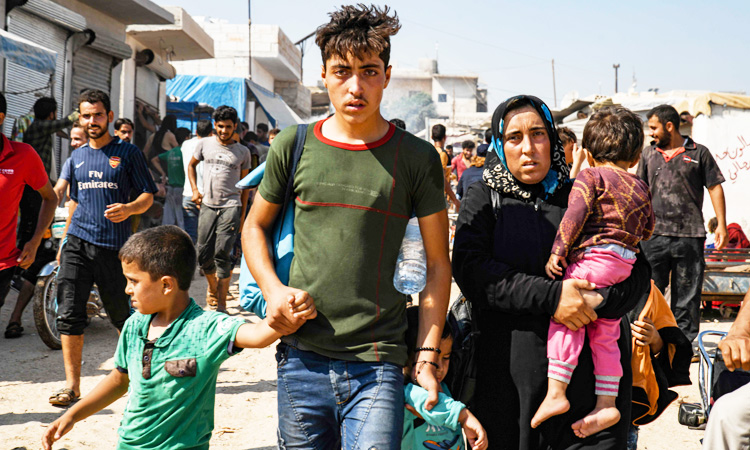 Men, women and children walk past make-shift brick shelters at a camp for the displaced near Atme in Idlib on Friday. Rami Al Sayed/ AFP

“There are no warplanes in the sky and air strikes have stopped” said Rami Abdul Rahman, the head of the Britain-based Syrian Observatory for Human Rights.

Clashes between regime loyalists and insurgents on the edges of the anti-government bastion have also ceased after a unilateral ceasefire by Syrian regime forces went into effect at 6:00am (0300 GMT), he said.

Artillery and rocket attacks continued however despite the deal, he added.

It said the truce aimed “to stabilise the situation” in Idlib, one of the last holdout of opposition to forces of Syrian President Bashar al-Assad.

But the army “reserves the right to respond to violations” by extremists and allied rebel groups, it added, citing a Syrian military source.

The truce is the latest Russian-led effort to avert what the United Nations has described as one of the worst humanitarian “nightmares” in Syria’s eight-year conflict.

Only a few hours before it went into effect, the Observatory reported a Russian air strike on a health facility in Aleppo’s western countryside.

It said the attack after midnight wounded several health workers and put the medical centre out of service.

The UN has said that 43 health facilities and 87 educational facilities, have been impacted by fighting since April.

The Idlib region is home to some three million people.

Most of the province and parts of neighbouring Aleppo and Latakia provinces are controlled by Hayat Tahrir al-Sham, a extrmist group led by Syria’s former Al-Qaeda affiliate.

Russia-backed regime forces have been pressing an offensive against the region despite a deal with rebel backer Turkey in September last year to protect the area.

Stepped up bombardment by Damascus and Moscow since the end of April has displaced 400,000, the UN says, and killed more than 950 civilians, according to the Observatory.

The flare-up has emptied entire towns and villages in northern Hama and southern Idlib of their residents, according to the UN.

Almost half of the displaced are living in camps, reception centres or in the open air, it added.

Earlier this month, Damascus scrapped a similar truce agreement only three days after it went into effect, accusing rebels and extremists of targeting a Russian air base.

Assad, who now controls around 60 per cent of the country, has vowed to reclaim the rest, including Idlib.

The Syrian conflict has killed more than 370,000 people and driven millions from their homes since it started. 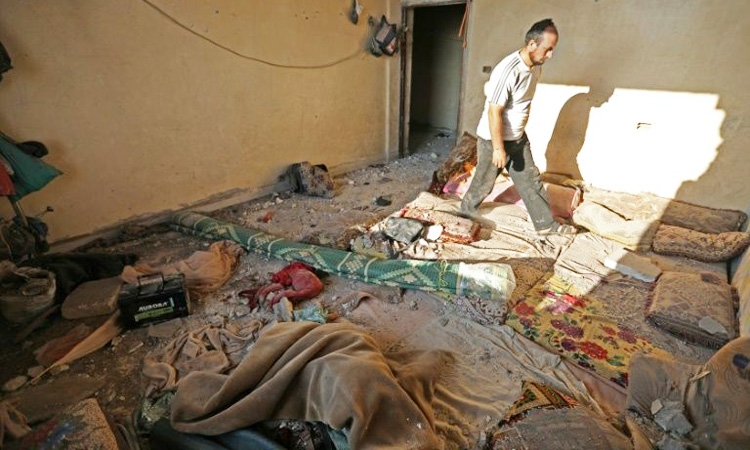 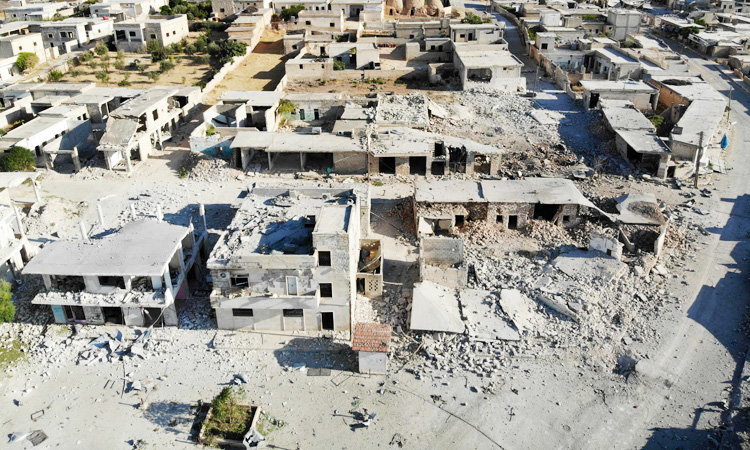